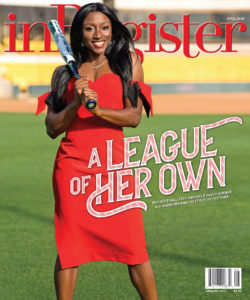 When inRegister featured former LSU softball player-turned-pro A.J. Andrews, she had recently turned heads by becoming the first woman to win the Gold Glove Award, as well as by being featured in ESPN the Magazine’s Body Issue. Since then, Andrews has earned her master’s degree from LSU’s Manship School of Mass Communication—but not before breaking into the broadcasting big leagues by hosting the ESPN special Unapologetic: The Black Female Athlete. For that program, which first aired in February 2019, Andrews traveled around the country interviewing some of the sporting world’s biggest female names, including Laila Ali, Allyson Felix and Misty Copeland. 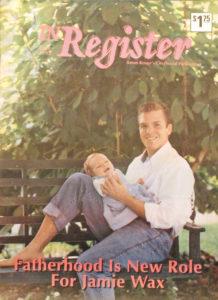 During his days in Baton Rouge—including when he was the cover subject for inRegister’s June 1995 issue and a story inside about first-time fathers—Jamie Wax was best known as a playwright and actor. Today, he lives in New York and works as a correspondent for CBS This Morning, but he remains close to his Louisiana roots—one of his most recent interviews for the show was with New Orleans artist Ashley Longshore. 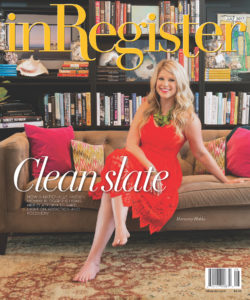 This local mommy blogger’s firsthand account of her alcoholism and the early days of her recovery resonated with many readers when it was published in our pages, and it went on to become inRegister.com’s third-most-read story of all of 2017. Hobbs has continued to write about her journey in outlets including Real Simple and Health. In July of this year, she was featured in a story on sobriety in The Washington Post, and ABC News correspondent Deborah Roberts visited Hobbs in Baton Rouge in August for a Nightline segment that will air soon. 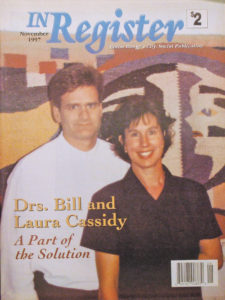 These married physicians were the subject of an inRegister cover story long before they headed to Washington. At the time, both were practicing medicine in Baton Rouge—Bill as a liver specialist and Laura as a breast surgeon—while also working to improve lives outside of their offices. Bill had launched a local Hepatitis B vaccination program that expanded statewide, while Laura had helped to create cancer education programs. “I believe the movement of a society is the sum of individual actions,” Bill told inRegister. Today, those actions have taken him to the nation’s capital, where he serves as a U.S. senator after three terms in the House of Representatives. 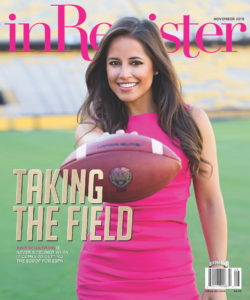 Episcopal High School alumna Kaylee Hartung was making a splash as a sideline reporter for ESPN when she was featured on inRegister’s cover in the middle of the 2016 college football season. In 2017, she was scooped up to join the reporting team at CNN, where she covered everything from hurricanes to politics. The summer of 2019 marked another move for Hartung, who has already hit the ground running as a correspondent for ABC News. 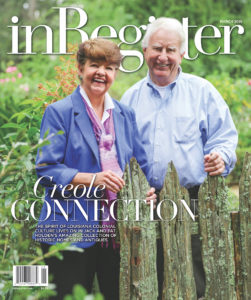 Even in a magazine known for highlighting unique homes, it was a rare treat to feature the Holdens’ 18th-century Pointe Coupee Parish dwellings, Maison Chenal and LaCour House. Filled with antiques, the two structures drew historians from around the country to view the couple’s incredible collections. In 2019, the Holdens listed their properties, along with 1,400 items made or used in Louisiana in the 18th and 19th centuries, for sale. “It is hoped that Maison Chenal and its collections will not only serve as a point of pride for the next owner,” notes the property information booklet, “but also make clear that Louisiana’s complex history and multicultural identity still have much to teach us in the 21st century.” 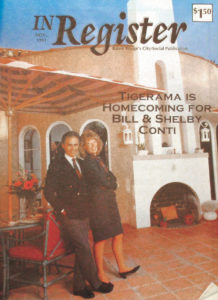 In 1991, composer Bill Conti and his Baton Rouge-native wife Shelby were returning to LSU, where he had received a degree in music composition in 1963, for the university band department’s Tigerama event. Conti had already become a big name in Hollywood, having composed the scores for the Rocky films and winning an Oscar for his score for The Right Stuff. His résumé has only grown more impressive in the years since, including a record 19 stints as musical director for the Academy Awards TV broadcast. Most recently, he wrote the music for the Dynasty reboot—just as he did for the original show back in the ’80s. 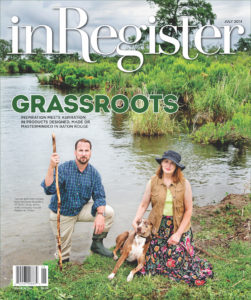 Brother and sister Hansel Harlan and Veni Harlan, along with their sister Gretel Harlan Kelly, led a list of local makers featured in the July 2014 issue of inRegister. Marsh Dog, their brand of dog treats, was receiving national attention thanks to its primary ingredient: wild nutria meat. “The semiaquatic animals have to be removed from the wetlands, but why waste it?” Veni told the magazine at the time. In 2017, the company teamed up with a national manufacturer and halted production during the transition to a larger manufacturing facility, and this summer, the line returned to stores with three new products.