Lala Vied McDonald and her husband Blake always knew that travel would be a big part of their relationship. Multiple times a year—spurred by Blake’s long hours as an ER physician and Lala’s flexible schedule as marketing manager for Rodéo Boutique—the pair would try to take at least a small trip together, developing a rapid-fire approach to planning and packing that most people spend months trying to perfect. After their Cancún wedding in February, they decided to test those talents to the max, jetting to Paris, Monte Carlo, Dubai and the Maldives for a three-week honeymoon to remember. 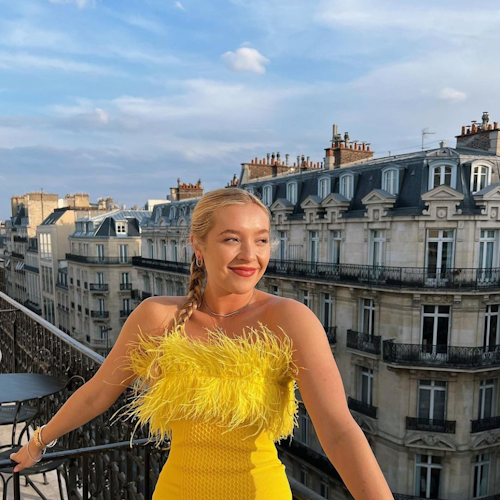 Lala and Blake in Paris 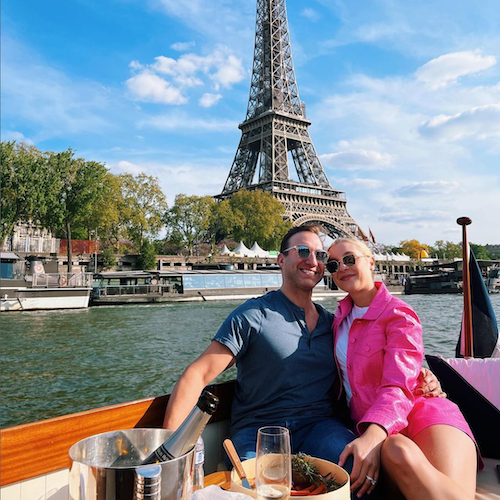 “We planned everything ourselves,” says Lala, who didn’t begin scouting locations with Blake until after the wedding. “I’m actually kind of obsessive when it comes to doing research. I love learning about new places, so once we nailed down where we wanted to go, that’s when I took the initiative on finding the perfect hotels and restaurants.”

Lala didn’t stick to basic internet searches, either. As a style influencer with an online following, she looked instead to a source famous for its endless scroll of inspiration.

“I found most of the places we visited on Instagram,” she says. “I would go down a rabbit hole on the Explore page, or to the page of someone I follow, and see where people actually stayed and ate on their own vacations. It’s really helpful, since you can see their photos of what everything looks like.” 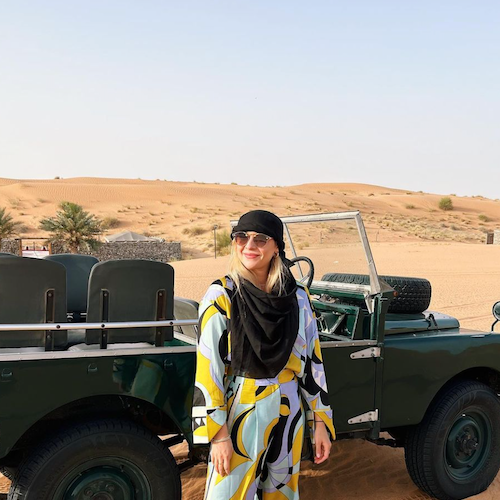 Deserts and beaches in Dubai 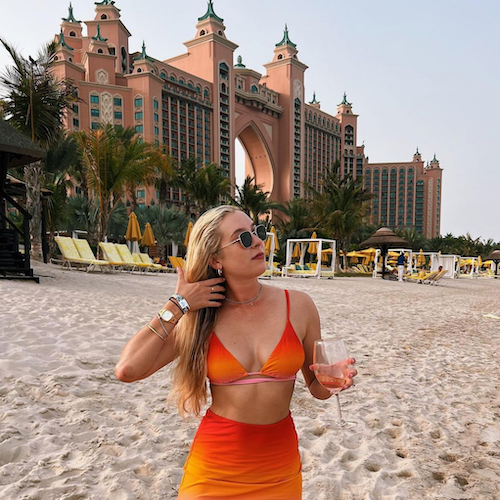 Lala had long saved a spot for Paris on her bucket list, marking that as the first stop on her and her new hubby’s global adventure—especially since its fashionable streets would make an ideal backdrop to show off her fun, colorful wardrobe. Then came the French Riviera and Monte Carlo, whose chaotic streets and ostentatious wealth proved more stressful than the couple anticipated (though still gorgeous to look at), followed by a drastic shift east to Dubai, where Lala caravanned with camels and learned a thing or two about falconry. The couple’s final honeymoon destination was the Maldives, with crystal-clear waters and luxurious beach cabana views that proved to be some of the highlights of the trip. 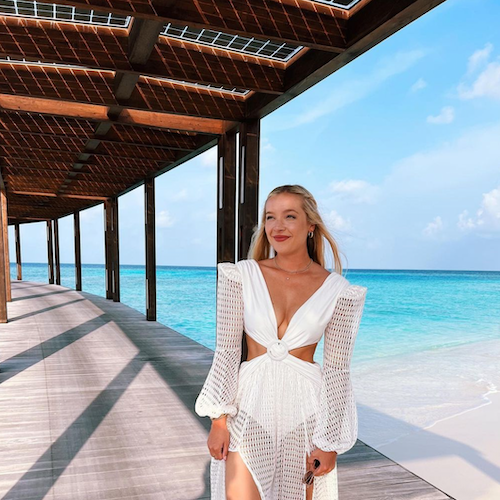 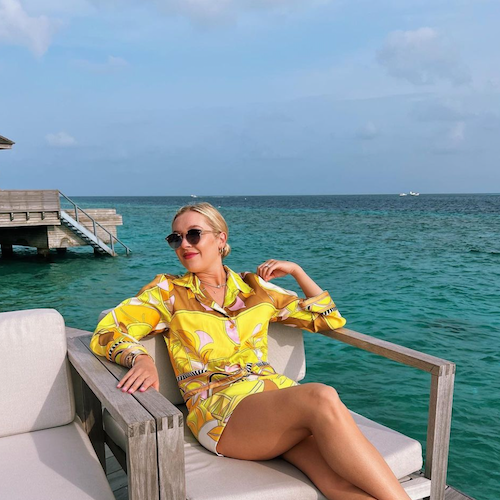 “Packing was a little challenging, but we each had a big bag and a carry-on, with all our stuff distributed between them,” says Lala. “I’d say Paris took up most of the space because it was cooler there and I had planned a bunch of strategic outfits to wear, plus we were walking several miles a day and couldn’t always re-wear our clothes the next day. But from there on it got easier—mostly swimsuits and that sort of thing for the Maldives.”

In the end, the weeks spent abroad paid for themselves in memories the couple will treasure forever.

“We were able to see so much history and architecture, and such unique parts of the world,” says Lala. “We’ve really just been fortunate enough to have the schedule that allows us to take this trips together, and we’d definitely love to go back.”

For more honeymoon travel inspiration, check out this story from the 2022-2023 inRegister Weddings issue, on newsstands now.