An LSU student film crew sets up for their next shot while filming at the Cook Hotel. Photos by Sean Gasser.

Our April “Day in the Life of the Arts” issue followed the course of several local artists and artisans throughout a single day in March, with an extended focus on some filmmaking projects featuring Baton Rougeans this year (shoutout to you, Yellowstone).

Beside photos by Sean Gasser, we wrote: “The Cook Hotel on LSU’s campus is transformed into a movie set as student producer Brendan Pyron (center) oversees the production of the psychological drama 783 Bowman Avenue. ‘The movie follows four different groups of individuals as they enter a hotel by choice or happenstance,’ Pyron says. ‘That evening, they all become witnesses to and victims of a shooting, except for one—the murderer who entered the hotel with them.’ This film, directed by Jenika Kolacz, is part of LSU’s Geaux Film program, through which the filmmakers were awarded a grant of $3,000 to fund its creation.”

Since Louisiana has played such a role in films like the Pitch Perfect franchise, The Twilight Saga and the current National Treasure TV series for Disney+, it only makes sense that a resource like the Geaux Film program would find a never-ending stream of interested students. The program—run by Delta Rouge Films and the LSU School of Theatre—currently funds two student films per year.

Click on the photos in the gallery below for a closer look at the behind-the-scenes LSU student film action that we captured during our day around town: 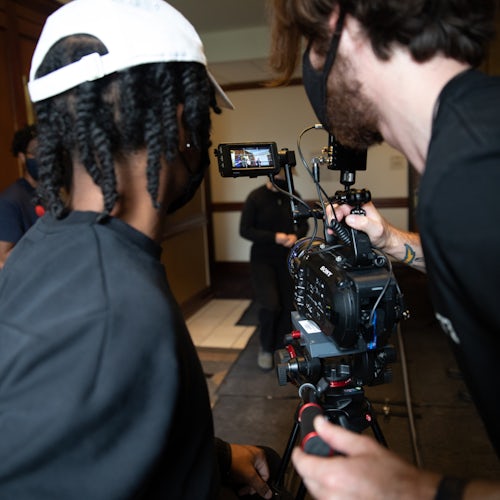 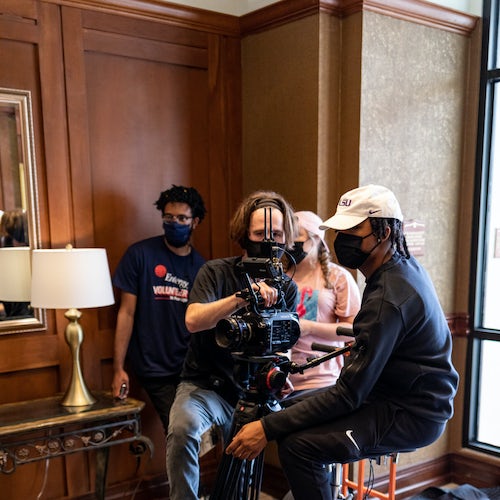 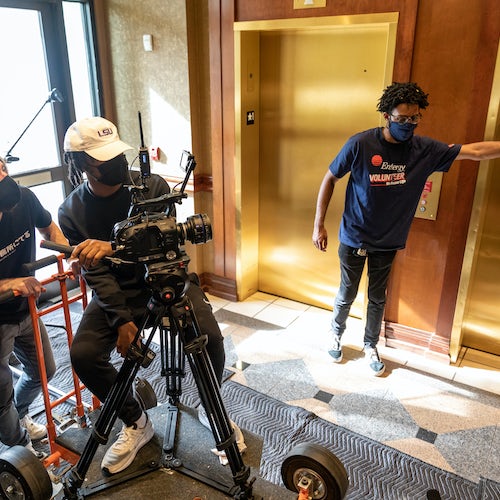 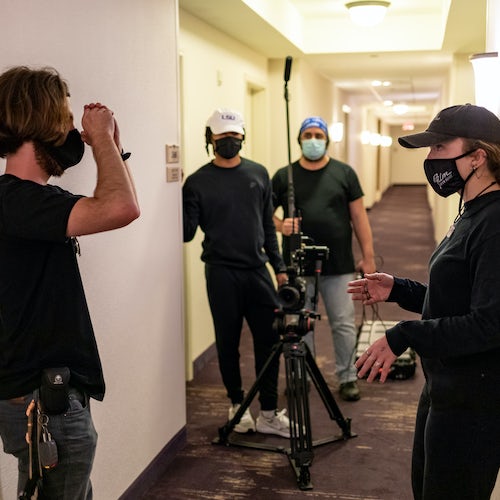