Worth the wait: Local performing arts groups herald the launch of the 2021-22 cultural season

It’s a party for the piccolo—a cello-bration, if you will—as BRSO marks its 75th anniversary with a triumphant return to the renovated River Center Performing Arts Theatre. That venue will host Orchestral Series concerts on January 27, March 10 and April 7, featuring noteworthy guest conductors including internationally acclaimed Kazem Abdullah, along with a performance of Beethoven’s Ninth Symphony led by BRSO Music Director Laureate Timothy Muffitt on May 20. The symphony’s more intimate Lamar Family Chamber Series will frontload the season with concerts in downtown churches and at the Main Library during the fall and winter, beginning with a piano quintet September 16 at First United Methodist Church. Even with all this harmonious happiness, the highlights of the season will no doubt be BRSO’s 75th anniversary celebration concert and dinner in the River Center ballroom on November 5, along with the seasonal sensation Home for the Holidays December 12.

Fan favorites, old and new, are in the spotlight at Theatre Baton Rouge this season, with a Capital Series lineup that kicked off with Clue in August and will also include Godspell November 12-21, The Glass Menagerie March 4-13, and Sweet Charity April 22-May 1, followed by the adorable ogres of SHREK: The Musical June 17 through July 3. See the budding stars in TBR’s Young Actor’s Program take on The Hobbit September 17-26, or if Transylvanian monsters are more your speed, grab tickets to The Rocky Horror Show October 21-30. The theater’s traditional retelling of A Christmas Carol fills the main stage while it fills hearts December 10-19. Spring will welcome Seussical February 3-6, Crumbs from the Table of Joy March 18-27, and Ma Rainey’s Black Bottom—the August Wilson play that inspired the 2020 film—May 20-29.

Get ready to twirl along with Clara and the rest of the beloved Nutcracker: A Tale from the Bayou cast as Baton Rouge Ballet Theatre returns to the River Center Theatre for its annual production of this Capital City classic on December 18 and 19. But first, BRBT welcomes guest dancers from Philadelphia-based Philadanco—a 50-year-old nonprofit company that breaks down cultural barriers through its unique energetic style—to the Manship Theatre stage on October 17. Finally, BRBT heralds the start of spring with the return of its original version of Rapunzel on March 26 and 27 at the River Center Theatre.

There’s nothing quite like Of Moving Colors in Baton Rouge—and that’s just the way artistic director Garland Goodwin Wilson and her team like it. Offering a contemporary dance theater experience with a goal of inspiring, educating and stimulating, the company’s bold productions celebrate the magic of movement. This season’s around-the-world schedule at Manship Theatre begins with Clock Tower—a collection of solos, duets and trios inspired by an astronomical clock in Prague that is one of the oldest in the world—on October 28. OMC’s annual community performance of Kick It Out, featuring children dancing alongside the pros in numbers inspired by global cultures, will take place on January 29. The mainstage season concludes with Water Tiger, written by Chancelier “Xero” Skidmore, on April 29. And though the date is not yet set, the Legends Gala—which last year focused on legendary figures in the world of pop music—will be back with a new theme in spring 2022.

Training young dancers in the art of classical and contemporary dance is a long-held passion for Kris Cangelosi, and seeing them shine in the local spotlight is the impetus for her company’s upcoming array of performances. CDP’s Nutcracker season begins on November 7 with the Holiday Nutcracker Land of the Sweets party and performance at Uncle Earl’s, followed by Holiday Nutcracker excerpt performances December 7 at the Bluebonnet Library and December 14 at the Main Library. Two performances of Holiday Nutcracker—featuring dozens of child dancers along with local celebrities and adult alumni of Cangelosi’s dance programs—cap off the year in Sugarplum Fairy style on December 18 and 19 at The Dunham School’s Brown-Holt Theatre. In January, Cangelosi will debut the original production Together We Stand, a modern-dance reflection on life’s struggles and the need for unity and peace, at the Pete Maravich Assembly Center.

Launched in 2019 in an effort to introduce new audiences to classical music, the Civic Orchestra of Baton Rouge is now armed with an Arts Council COVID relief grant that is funding a social-distancing-appropriate rehearsal space. This fall, the orchestra will offer a concert at the River Center Library October 14, an appearance at the Wine and Roses fundraiser at the LSU AgCenter Botanic Gardens November 7, and a December 4 performance of Joaquín Rodrigo’s Concierto Madrigal at the new Cary Saurage Community Arts Center. “This next season is loaded with beautiful music and unique opportunities for the orchestra,” says maestro Elvis Bendaña Rivas. “In the short time I’ve been leading this orchestra, I’ve witnessed the rapid growth of the ensemble and feel very proud of what our group has achieved.”

Ready to let it go like Elsa? Want to work on your roar a la Simba? Kids dreaming of a career on Broadway—on the stage or behind the scenes—can learn the ropes through the after-school theater arts classes offered by Christian Youth Theatre of Baton Rouge. Three 10-week class sessions held at Bethany Church South Campus throughout the year culminate in fully staged musicals open to the community. This season’s performances, which will take place at Abundant Life Church in Denham Springs, will include Lion King Jr. November 4-6, Frozen Jr. February 17-19, and Matilda the Musical May 26-29.

Even the uncertainty of the pandemic can’t stop Playmakers from fulfilling its mission of providing entertaining education experiences to young audiences. “We are hoping to be back in the Reilly Theatre for a shortened 39th season,” says director Todd Henry, who shares that the troupe plans to put on Annie Jr. in December, followed by The Little Mermaid in summer 2022. “We’re also considering doing more outdoor shows at Pointe-Marie. Our Student Advisory Board will most likely do another Shakespeare in the Square there next year, since the response was so positive this year.” That board will also soon announce a playwriting contest for high school students; the winning young playwrights will see their shows produced in the spring as part of a festival of new works.

Shorter performances, varied venues and creative seating options are all on the agenda as Opéra Louisiane launches its new season. Following the Summer Soirée at the Crowne Plaza September 9 and a virtual performance of the mini opera Capital Trash as part of the Ebb & Flow Festival, the opera will bring back its free, family-friendly Open Air Fair, with dates and locations still pending. Get in the holiday spirit with Amahl and the Night Visitors—featuring a full orchestra and a sing-along—at First Baptist Church December 18. Support the Young People’s Opera Program at Sing and Swing, a celebrity karaoke competition, April 2 at the Crowne Plaza. The season wraps up in grand style with The Tales of Hoffman at the River Center Theatre June 24 and 26.

This female-focused community theater group stays true to its vision of bringing together women in the arts with three upcoming productions. First up are one-night-only performances of Interlocus by actor and writer Tiffany Gilly-Forrer on October 15 and The Most Massive Woman Wins by Pulitzer-nominated Madeleine George on January 21. The summer showstopper will be Lauren Gunderson’s The Revolutionists, a feisty feminist French Revolution comedy, which will run June 3-5 and June 10-12. 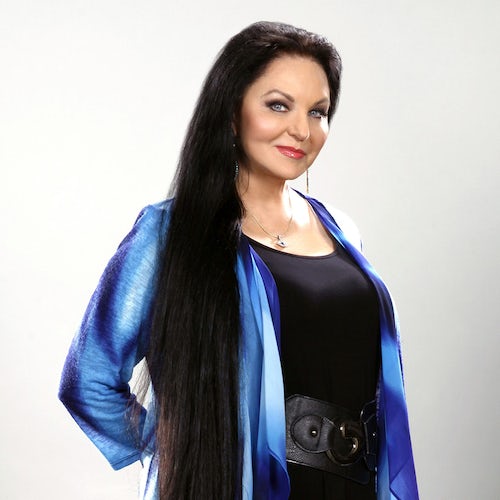 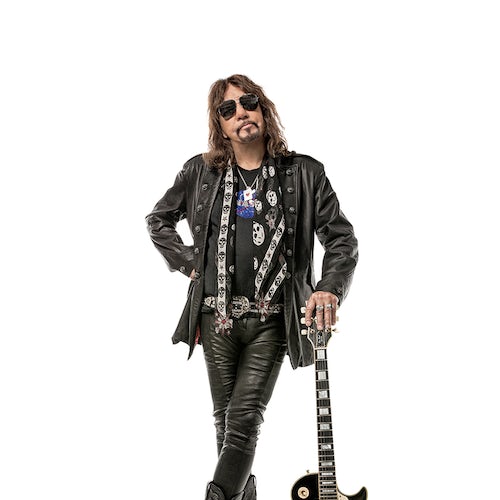 Break out your old LPs and cassettes and get ready—some of your favorite ’70s and ’80s musical performers will be gracing the Manship Theatre stage this season. On November 21, there’s Grammy winner Peabo Bryson, whose canon is as adored by Disney devotees—thanks, “A Whole New World” and “Beauty and the Beast”—as by lovers of romantic duets. Country music’s Crystal Gayle will headline a holiday concert December 11, and the guitars will still be twanging as Marty Stuart brings his “Psychedelic Jam-Bo-Ree” February 11. The yacht rock band Ambrosia will take the stage March 11, and Ace Frehley of Kiss will turn the volume way up May 20. Other highlights of the lineup include Mad River Theater Works’ play Freedom Riders January 23, Aquila Theatre’s Macbeth February 20, and the 2022 Red Carpet Gala performer, Rosanne Cash, March 31.

“Broadway in Baton Rouge” is back, and the series brings with it five fun shows, including STOMP November 30, a 25th-anniversary tour stop of Rent February 15, Fiddler on the Roof March 7, Waitress May 4, and Beautiful: The Carole King Musical June 6. All will take place in the renovated River Center Performing Arts Theatre, as will An Evening with C.S. Lewis November 7 and The Elf on the Shelf: A Christmas Musical December 8. Meanwhile, the River Center Arena will be home to a broad range of shows from Paw Patrol Live: The Great Pirate Adventure October 9 and 10 to comedian Katt Williams October 22 to country musician Chris Young and his Famous Friends Tour November 12.

The professional dance company that graced the cover of inRegister’s April 2021 “A Day in the Life of the Arts” issue is poised to be part of the Arts Council of Greater Baton Rouge’s MPAC event at the Cary Saurage Community Arts Center January 30. “We’re looking forward to offering community classes on Wednesday evenings,” adds director Roxi Victorian, who founded the group as a professional space for Black dance artists and creatives. “We’re also planning a fall performance in November.” Youth company auditions for Nyama II will take place in October.

A shortened season for LSU Theatre will begin with Private Stories in Public Spaces, an environmental theater piece set outdoors on campus, October 16 and 17. Sarah DeLappe’s The Wolves, a play about a girls’ soccer team tackling big questions, takes the stage April 22 through May 1. The School of Theatre’s Dance and Physical Theatre Showcases are set for May 5, and the following night welcomes the school’s Take 8 Film Festival, a presentation of short films by college students. Over at the Reilly Theatre, Swine Palace will put on Duncan Macmillan’s People Places and Things February 18-27.