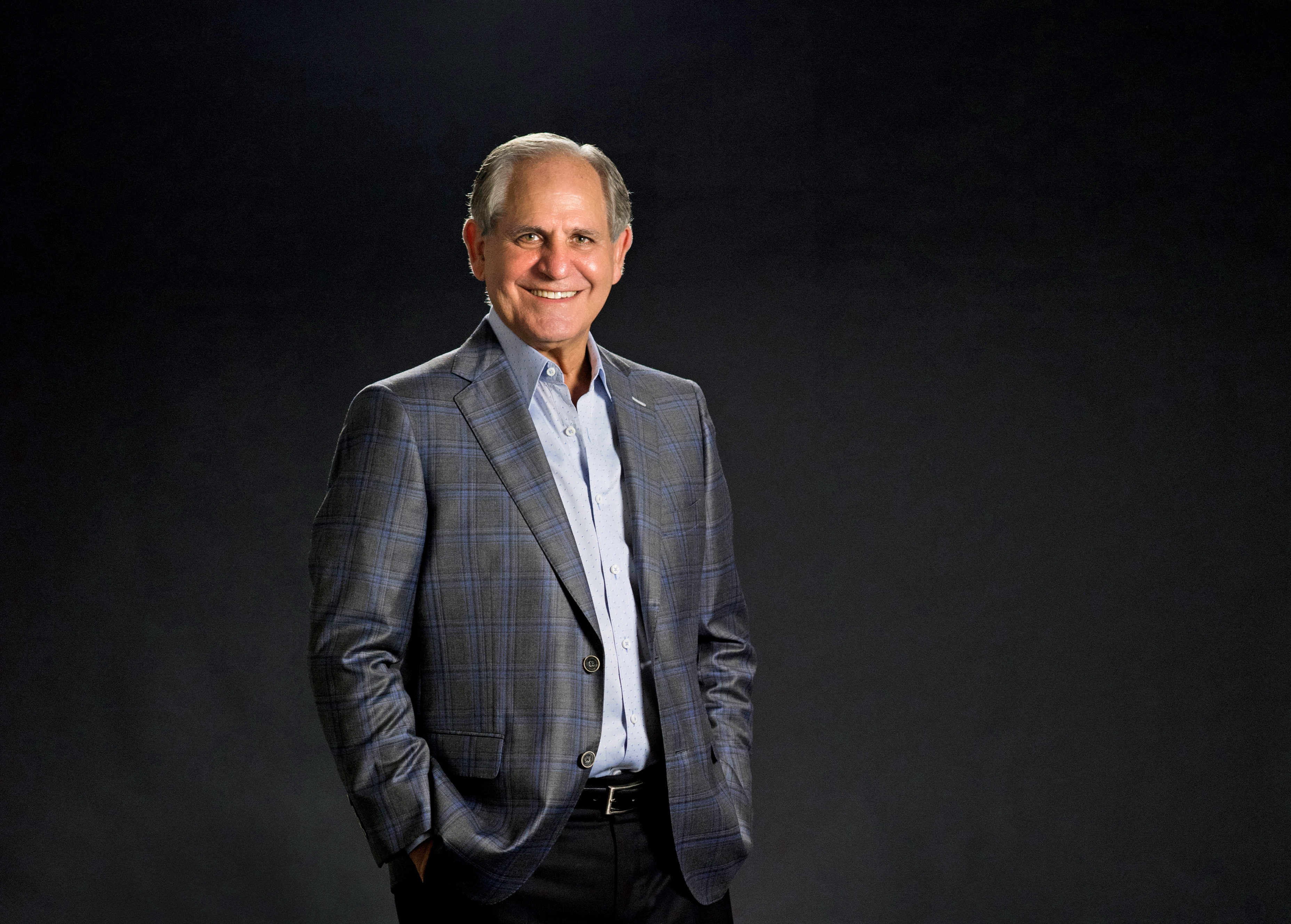 He is dedicated to preserving the culinary traditions of south Louisiana. Chef John Folse does this through his food show, his national speaking engagements, and his special events that include everything from farmers’ feasts to a yearly boucherie that last drew chefs from 25 states and two foreign countries. This passion earned him the Brillat Savarin Medal from Châine des Rôtisseurs—only the second chef in the United States to garner this prestigious award. “We are one of the last bastions of protection of our culinary heritage in south Louisiana. We have a sense of something the rest of the country can’t have.” 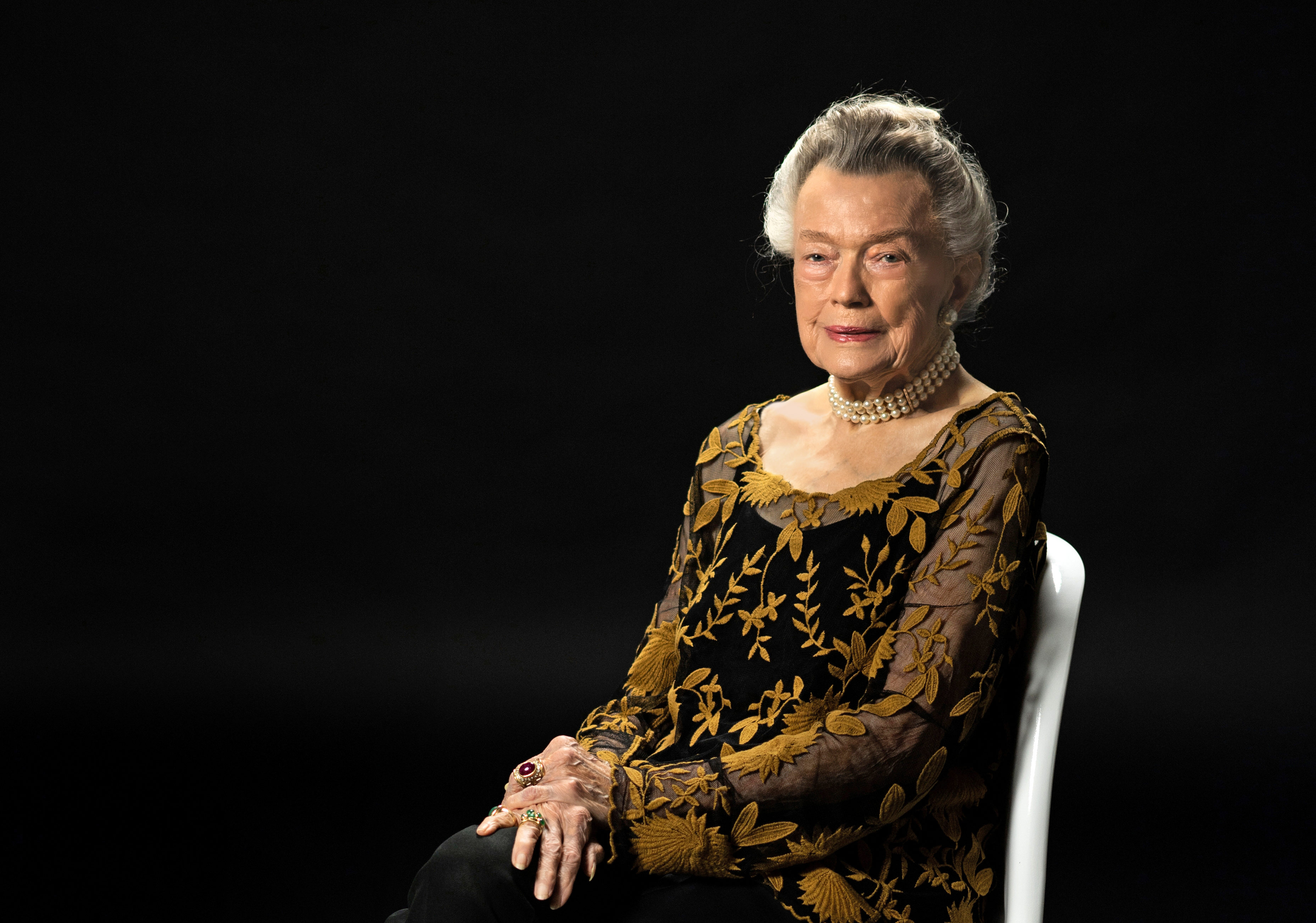 She grew up in Plaquemine during the Great Depression, with nary a museum around. “And if there was one in Baton Rouge, I didn’t know about it.” But Sue Turner came to love art after volunteering at the new Louisiana Arts and Science Center in the early 1960s. That got her hooked on improving the cultural community throughout the city (she’s one of the reasons Magnolia Mound wasn’t demolished by developers). Her philanthropic fingerprints touch a broad number of nonprofits. “If you look back at organizations that have lasted, you’ll find that they started with a small group of determined people willing to take part and stick with it.” He burned his first manuscript at the age of 17. But Ernest Gaines kept writing, rejections be damned. He wrote for 15 years before his first novel was accepted. He wrote of the Louisiana he knew. He gave face and form to the people he didn’t see in books he read. Gaines gave readers a glimpse into his world, which was rich in place, culture and tradition. “I was trying to write about Louisiana, the only place I cared for. A place you love as well as you hate. Although I had to leave the state to go to school, there’s no place I loved more than my home.” 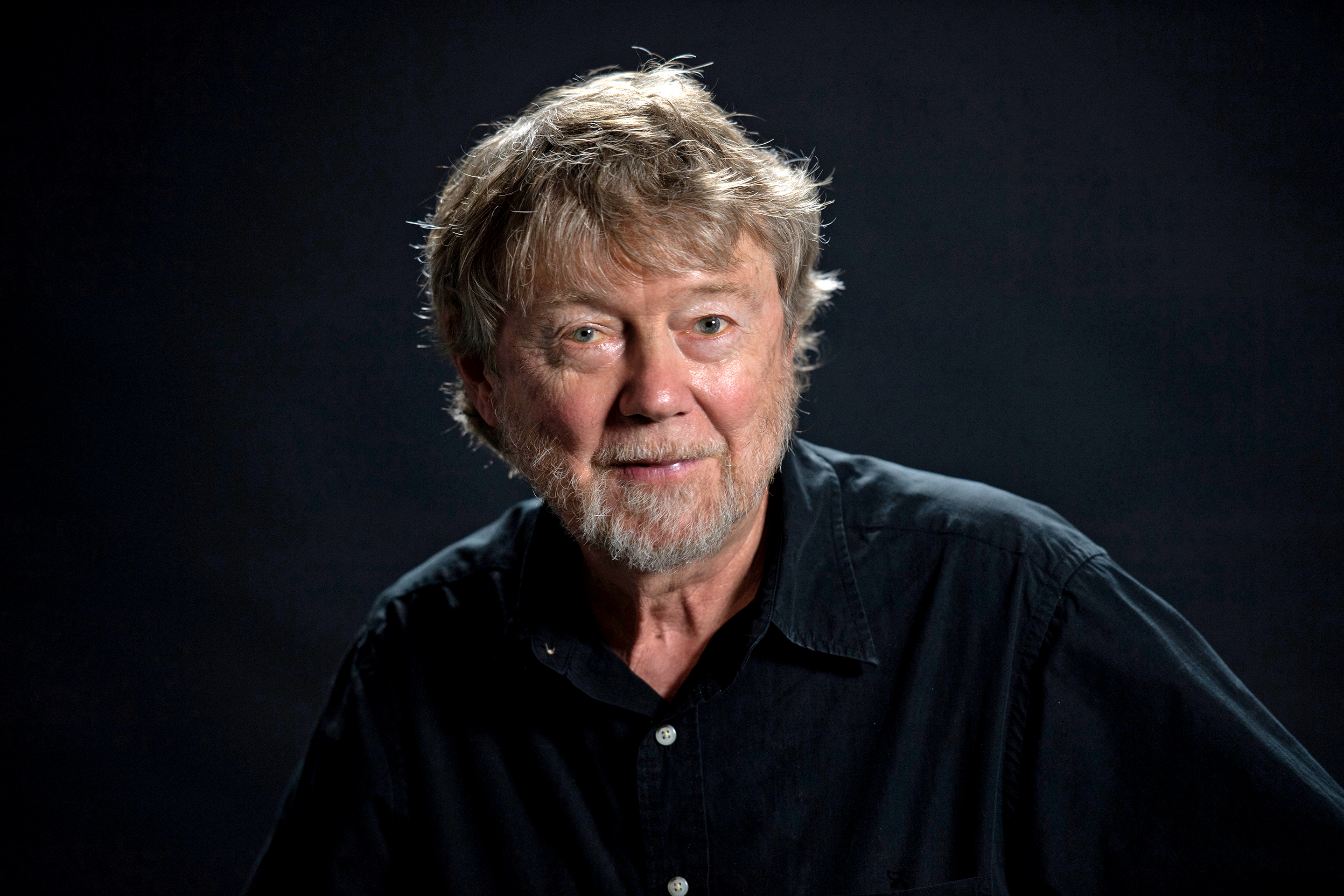 100 days. That’s the amount of time nature and wildlife photographer C.C. Lockwood averaged per year living in the wild during his first decade of photographing the Atchafalaya Basin. He slept in a tent. He went bayou to bayou capturing the landscape, the wildlife, and the mesmerizing moments made by weather on film. Through Lockwood’s lens, many of us—for the first, and maybe only, time—saw one of Louisiana’s most majestic natural habitats. More than 45 years into his craft, he still gets chill bumps. “Every sunrise, every sunset is still awe inspiring. Especially if it is over a lake with cypress trees.” 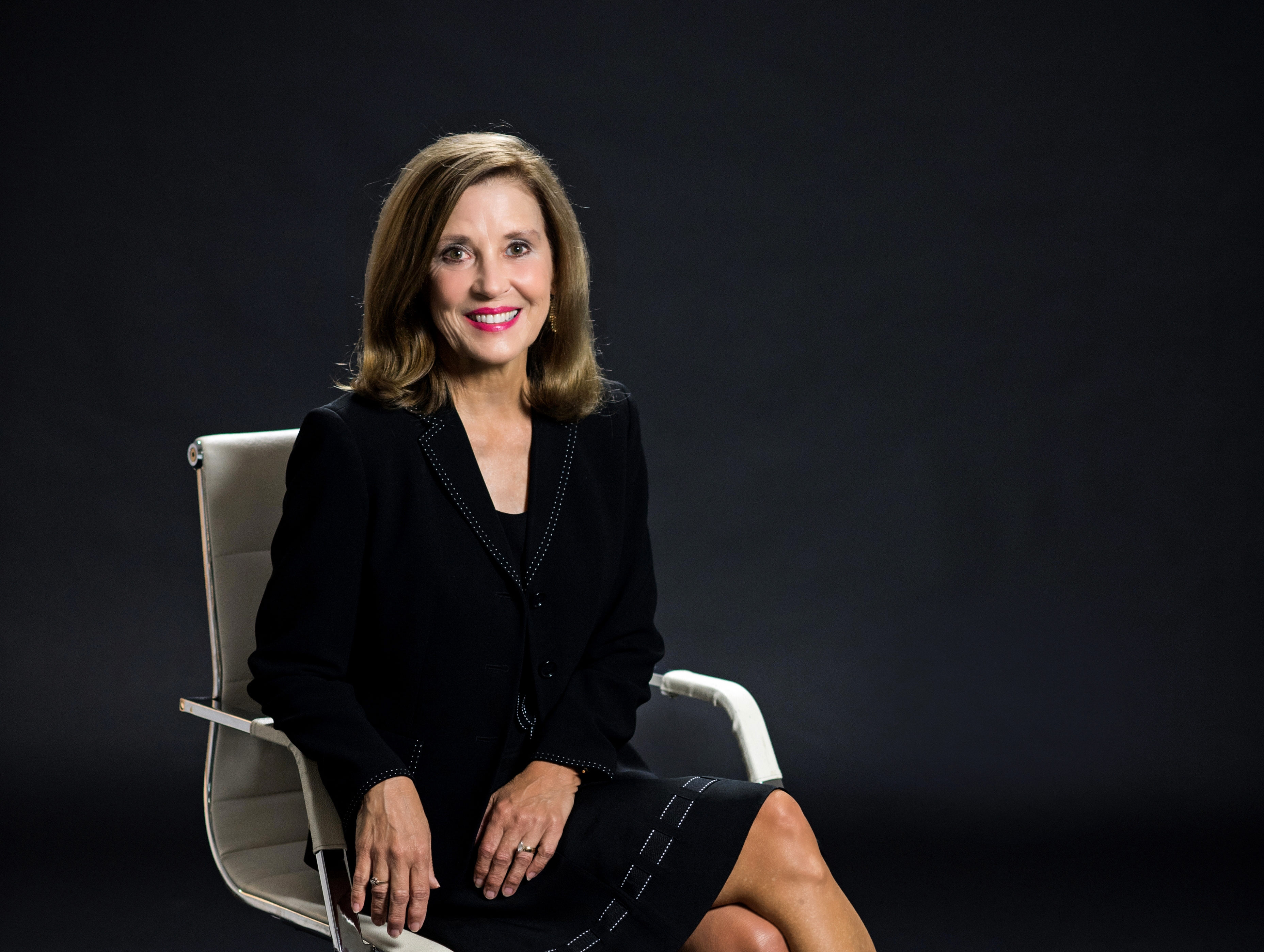 Her accounting professor in college tried to talk her into another major, because he didn’t like women in the field. Teri Fontenot not only ignored his advice, she also ignored sideways glances for being the only woman at the table in executive board meetings at the beginning of her career. Standing firm paid off. Fontenot became a CFO in the healthcare field before becoming the longtime CEO of Woman’s Hospital. She recently stepped down to pursue working with other companies: specifically in governance and strategy. “Healthcare has more women in C-suite positions than other industries. But we all need to be aware of the need for more diversity and inclusion across all boards.” 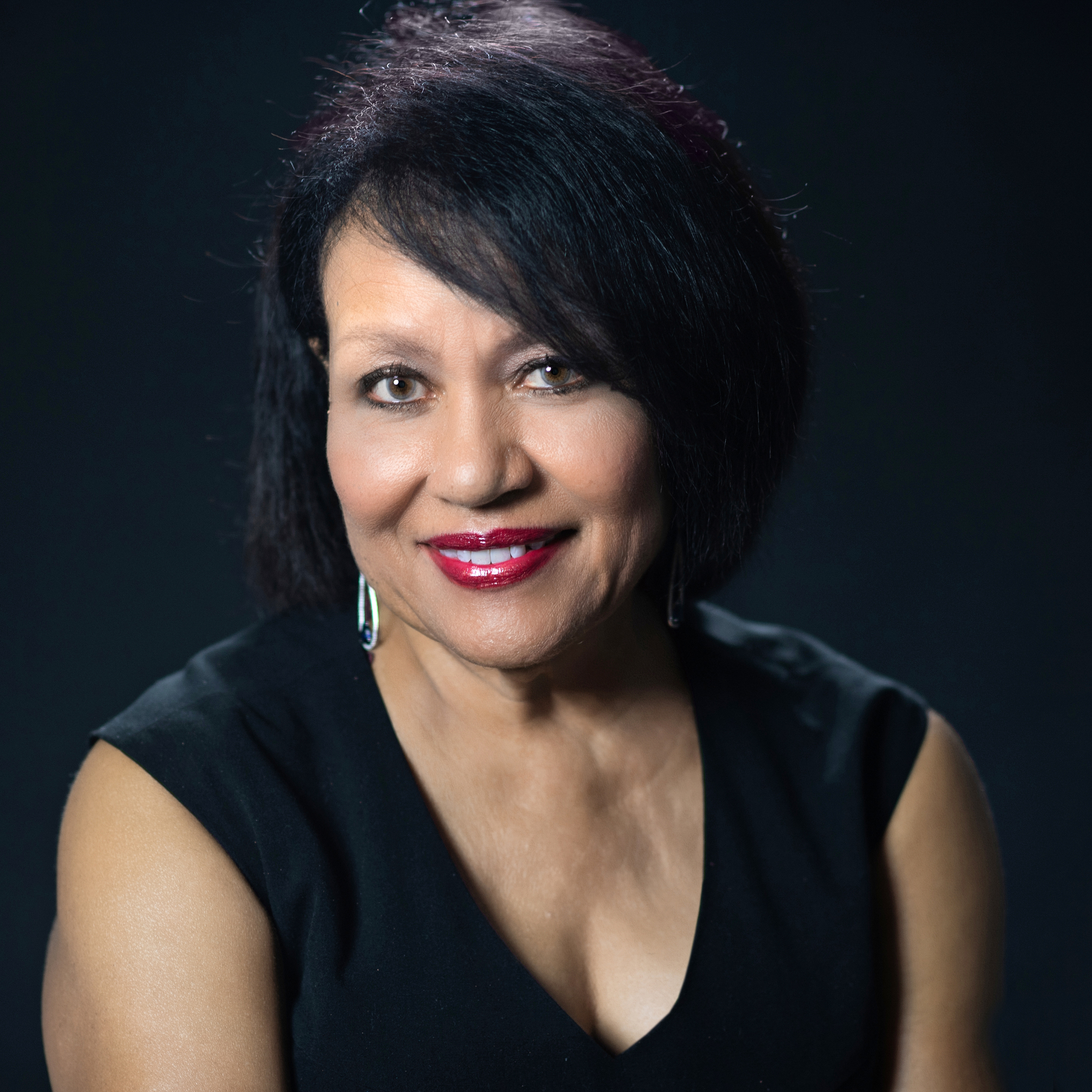 She was the first black student at LSU to reside in a female dormitory. It was 1964, and her father’s work with the civil rights movement inspired her to be a pioneer. Later, she became the first black female reporter at WAFB Channel 9. With a desire to inspire honest conversations based on facts, she launched Dialogue on Race, a nonprofit organization that works to create a safe environment for helping people have open discussions. It’s an original educational process for talking about race, and Maxine believes that it is opening doors and opening minds. 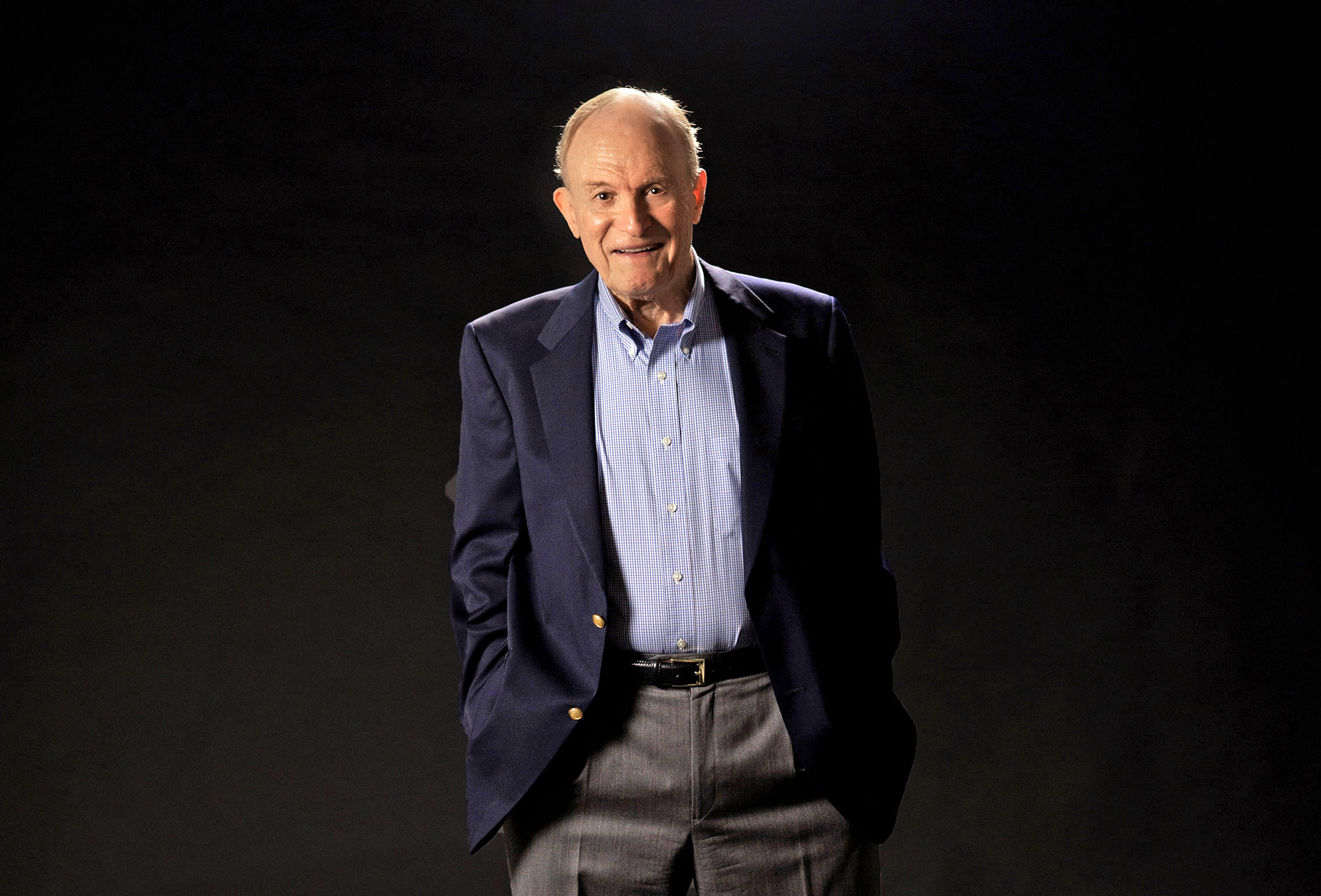 He remembers his mother trudging in the North Dakota snow to return a quarter to the grocery when she was given too much change. “You think I could ever cheat after seeing that?” Dale Brown rose from an impoverished, single-parent household to ultimately become coach for the LSU men’s basketball team for 25 years. He took boys under his wing, and he mentored them to be men. Today he is still speaking and inspiring others. His mother told him: “If you spend too much time polishing your image, you will eventually tarnish your character and will be an unhappy man.” He lives by those words. 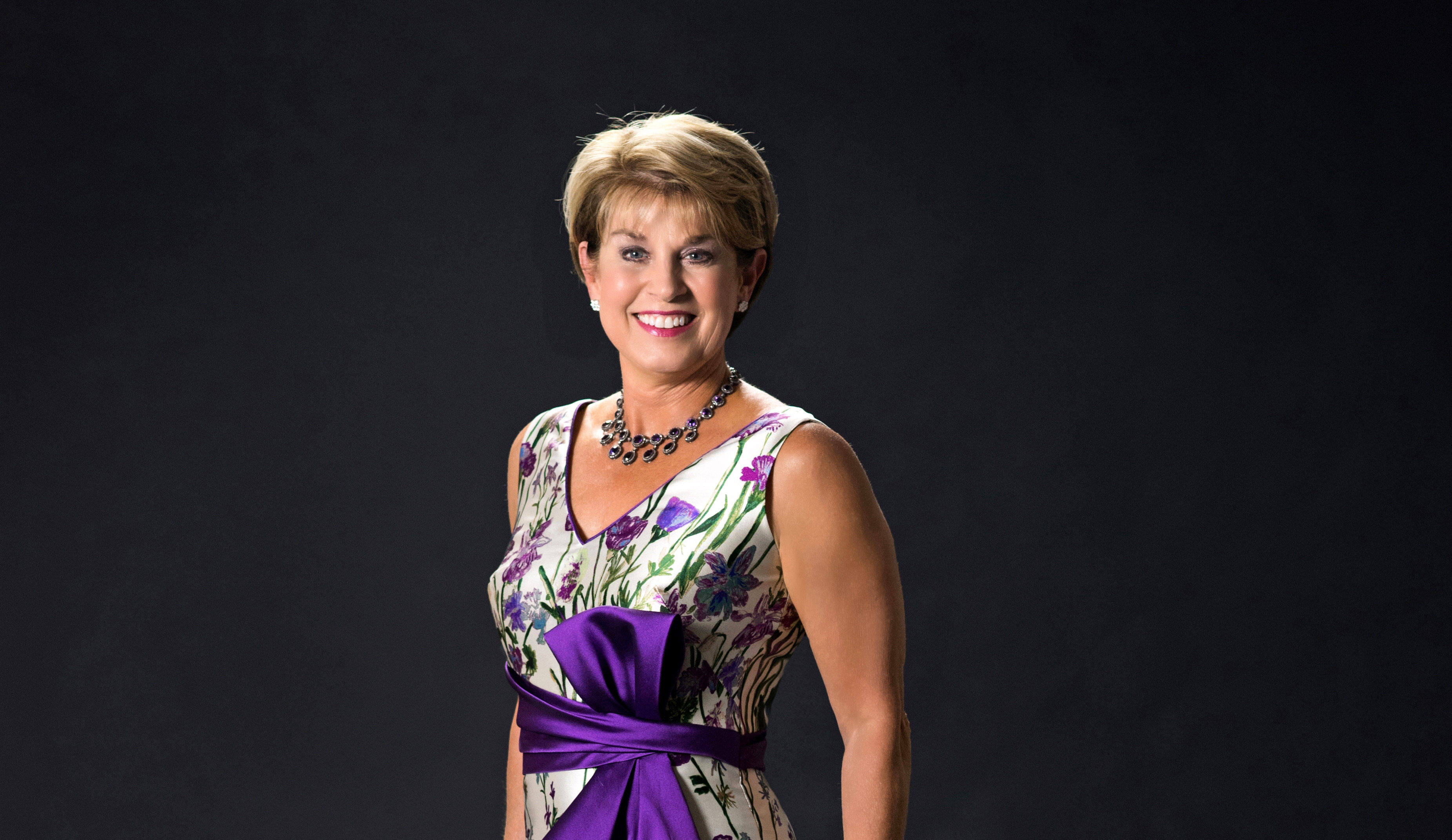 She remembers sitting around the kitchen table as a young girl while her grandfather, Doc Pennington, would ask how she planned to give back. Paula Pennington de la Bretonne took this to heart. She’s actively involved in the Pennington Biomedical Research Center as well as the Pennington Cancer Center at Baton Rouge General. She supports student-athletes at LSU through the Tiger Athletic Foundation. And she brought in tennis greats to help raise money for displaced hurricane victims. But it is her dedication to the arts that has attracted such musicians as Natalie Cole and Kristin Chenoweth through the Baton Rouge Symphony Orchestra’s Great Performers series. “My grandfather always encouraged me in music and dance. It’s my individual passion.” 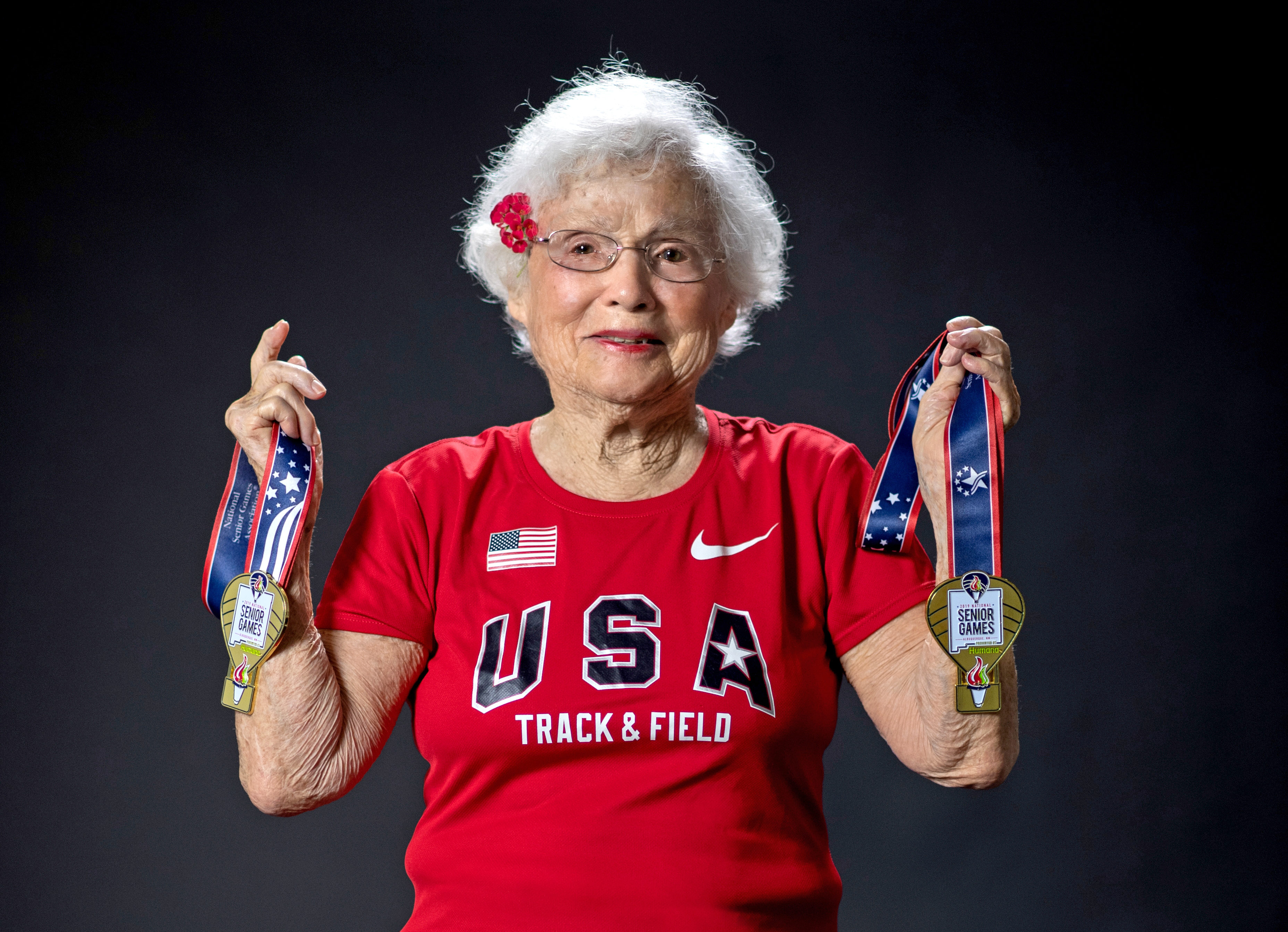 She graduated in 1934 from Baton Rouge High, where she played basketball. Julia Hawkins got her first bike during the war and promised to ride regularly due to the rubber rationing. She entered her first bike race in her 80s. She took up running at age 100. At 101, Hawkins set the world record for the 100-meter dash in her age category at the National Senior Games. In June, at 103, she won the 50- and 100-meter dashes at the games in Albuquerque. “I’m going to run as long as I can.” She plans for the next national championship in March. Hawkins will have just turned 104. 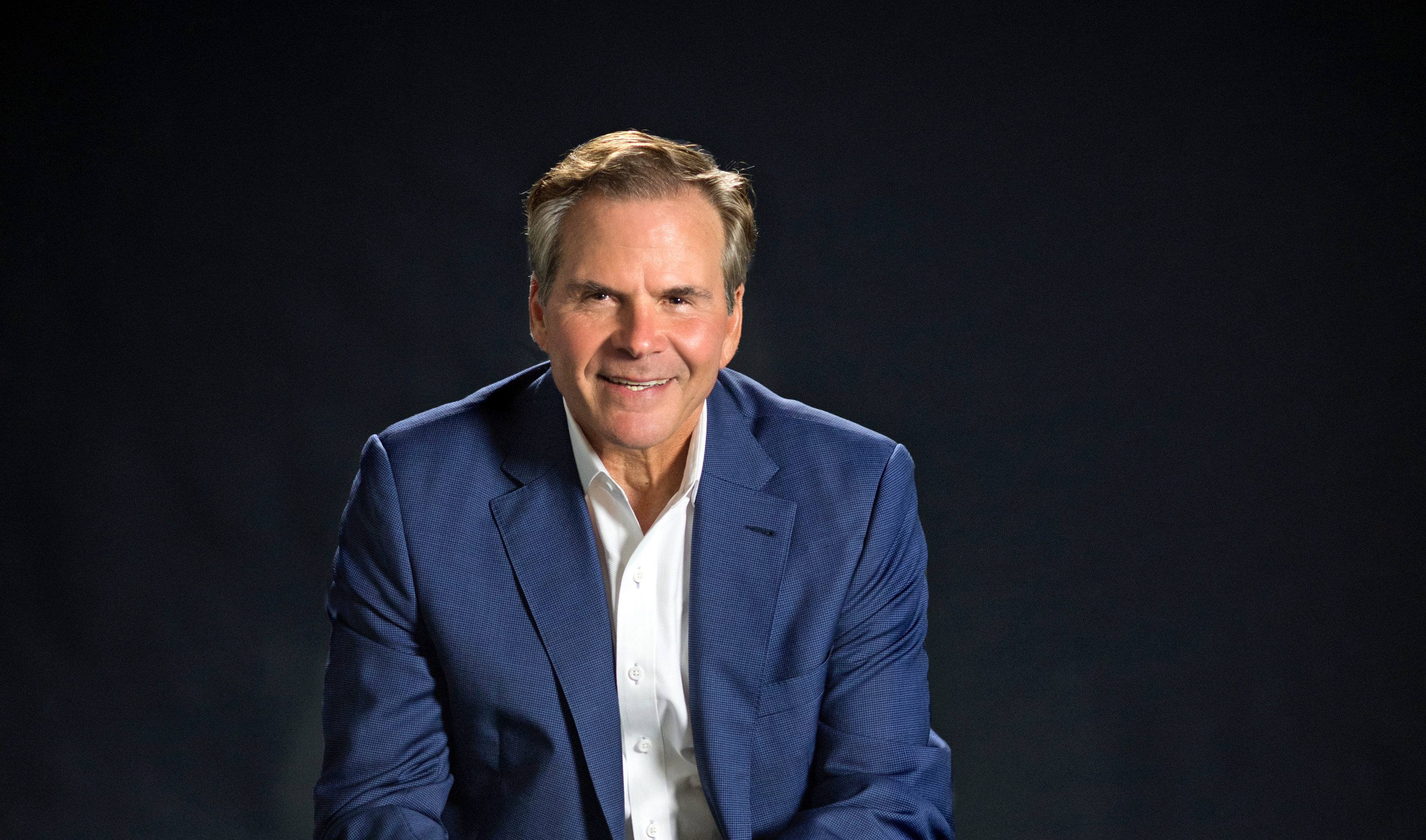 If he builds it, they will come. That seems to be the philosophy for Mike Wampold, who has created some of the city’s most high-end—and successful—developments: The Crescent at University Lake, The Renaissance Hotel, The Watermark Hotel, City Plaza’s I and II. And his latest venture: purchasing Chase Tower South with the intention of transforming the 330,000 square feet into a multi-use property that will include 12 floors of luxury apartments with high ceilings and balconies overlooking the downtown landscape. How does he know that it will work? “You don’t. But Baton Rouge will continue to thrive. Downtown will continue to grow. You just try to hedge your bets the best way you can.” 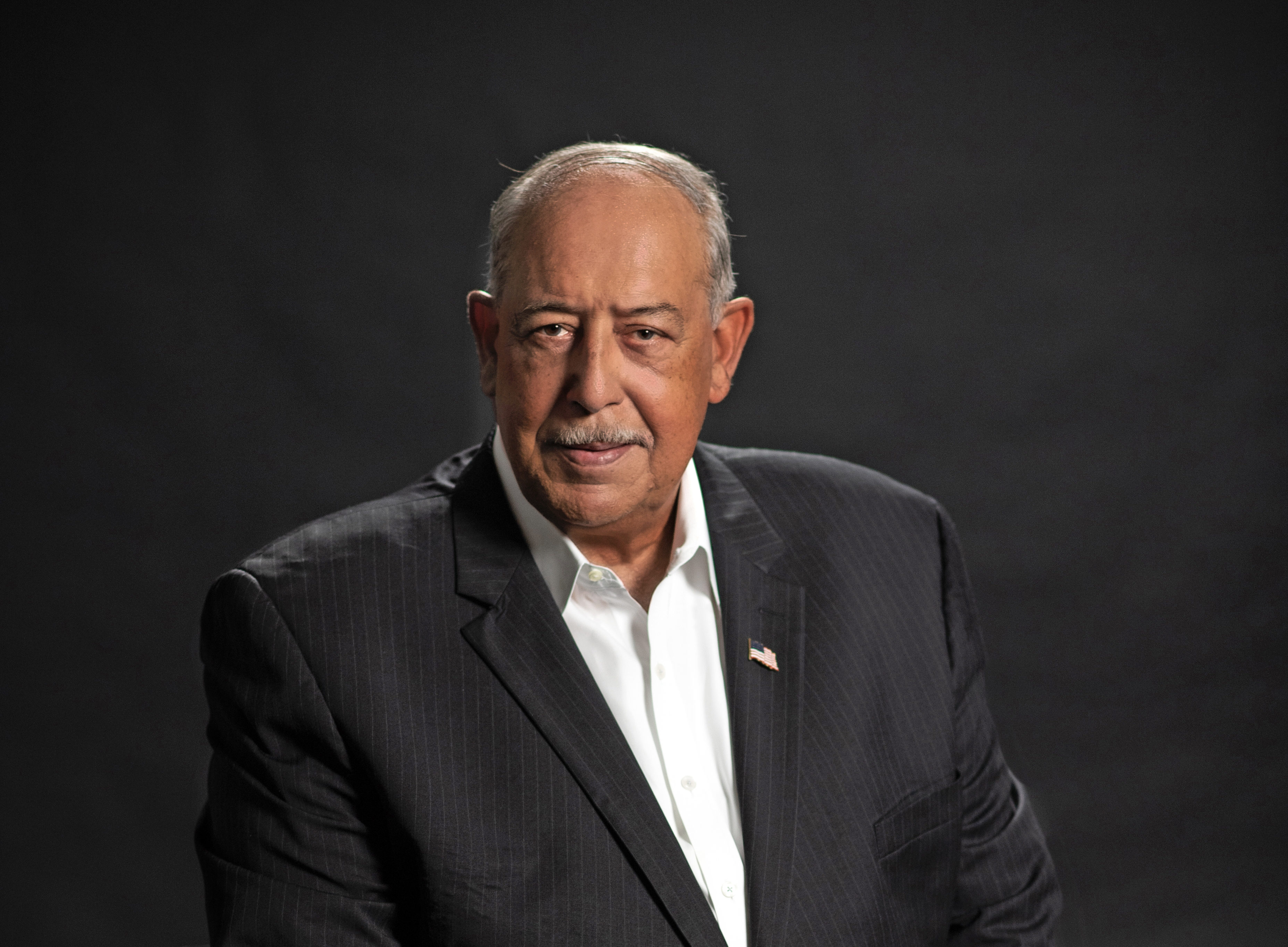 He was born during a hurricane in 1947. He claims this was just coincidental. But from the moment Lieutenant General Russel Honoré stepped foot on the sodden streets of New Orleans in the aftermath of Hurricane Katrina, the storm’s wrath had met its match. Honoré coordinated military relief efforts in a city struggling to survive. And he used his 35 years of Army experience to plow the way. He became a national hero. Today, this Baton Rouge resident is a motivational speaker for business organizations across the country. “Resilient leadership means preparing today to prevail tomorrow. Always know what your risks are, and be prepared.” 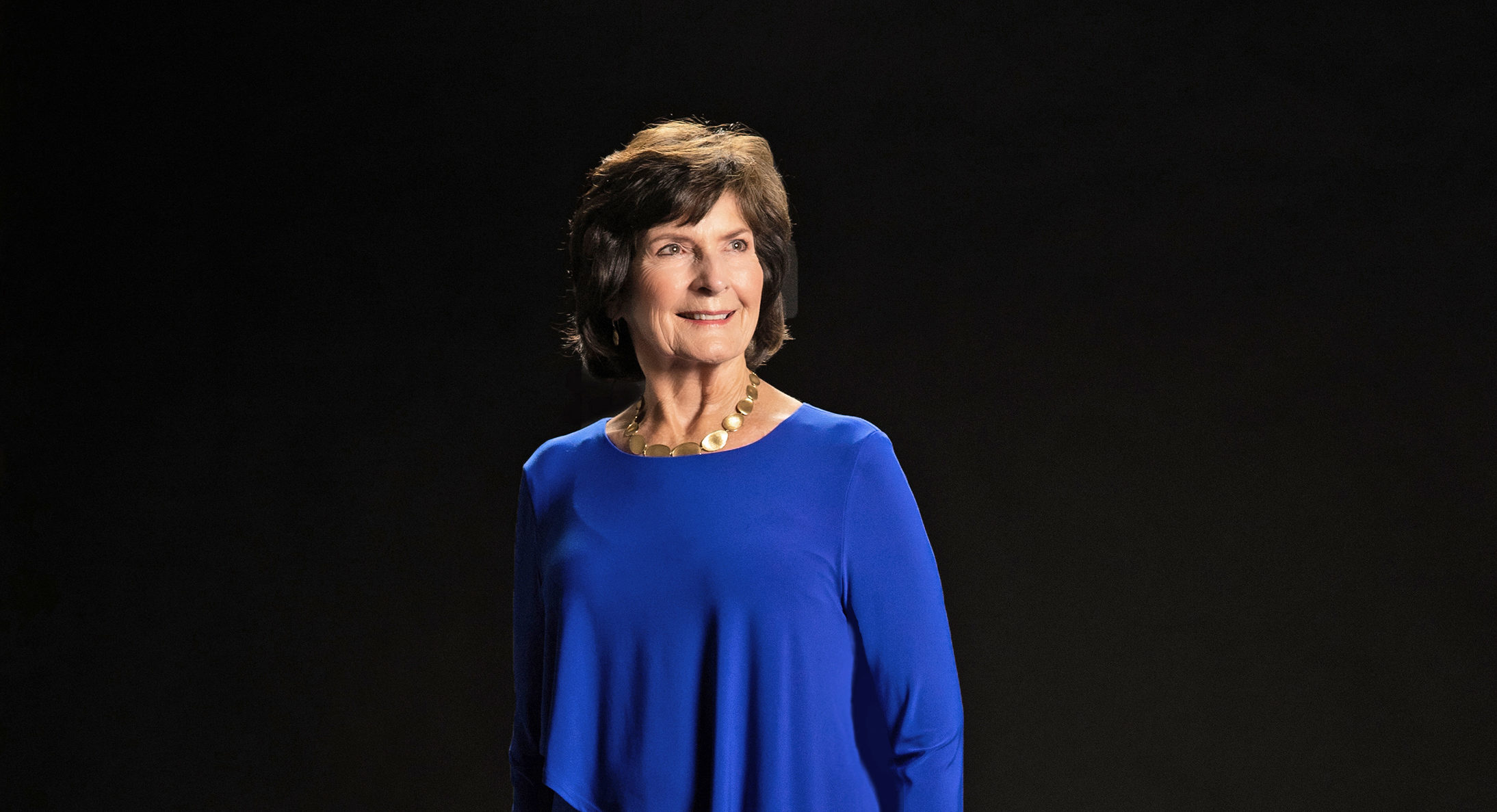 She married into the Community Coffee family in the 1950s, and could have quietly raised her children and gone about her day. Instead, Donna Saurage plunged into volunteer work for decades—work that ranged from healthcare to education to research—totaling more than 50 nonprofits she’s had a hand in helping. She became sole manager of CCC Holding, the parent of Community Coffee Company, in 2014 and is deliberate about expanding the company’s values to the community through philanthropy. “As long as I can still get around and add value, I’m going to keep doing it. I think ‘If not me, then who?’” 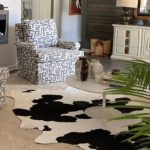 Putting down roots: Artvark Ltd.’s Claire Major on bringing the outdoors into your home 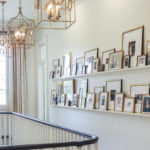 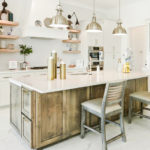 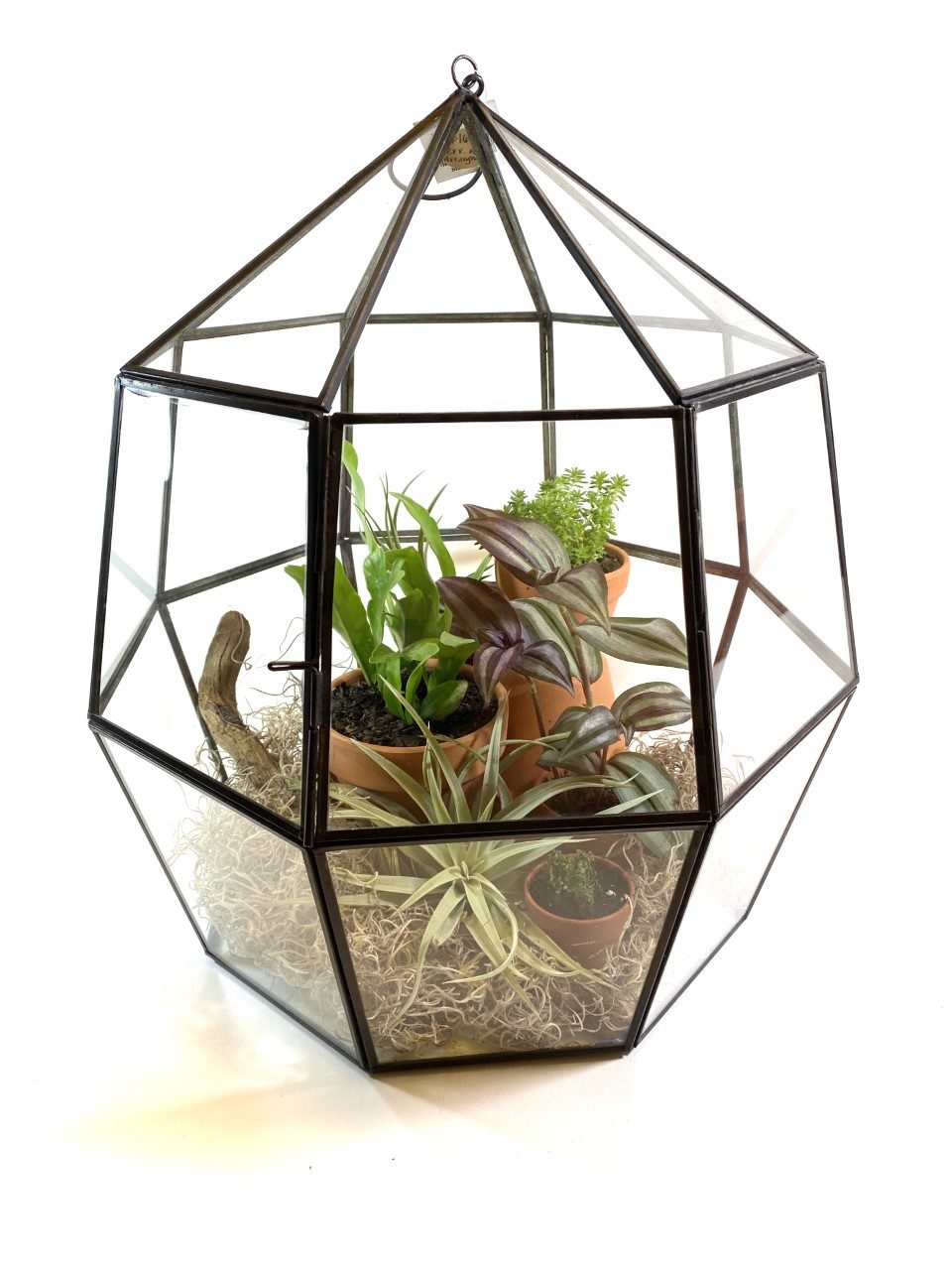