“Housing will never cure homelessness. Community will,” remarked Austin-based Community First! Village founder Alan Graham in our November 2018 story about an emerging initiative which placed tiny homes at the center of the debate for solutions to the growing homelessness problem in Baton Rouge. Graham’s tiny home community model, which has been a successful solution in his area, is just one of the influences for the local version. However, while the structures themselves are important, one of the most significant takeaways is the attitude the Texas “village” has fostered. Placing an emphasis on loving the dear neighbor, the Community First! Village has worked to unite the entire Austin community and change the way people view the condition of homelessness and the people it affects.

“If we believe that God created us in his divine image, how can we look at anybody and not be able to see his image?” asks Graham in a film for the Catholic media organization CAST. “People that are on the streets are accustomed to being abandoned by human beings all along the way, and there is no overnight fix for this. We have to inspire people to a lifestyle of service with the homeless.”

Randy Nichols, one of the people central to the movement in Baton Rouge and the assistant director of the Capital Area Alliance for the Homeless, has worked tirelessly since the first Tiny Homes, Big Solutions event in 2018 to propel the project forward by fostering community participation and education. Just last week it was announced that the initiative would receive a $250,000 grant. We caught up with Nichols to learn more about how the project is progressing, the impact of the grant and how the community can come together to create a brighter future for everyone.

1. What has been the overall response to the tiny homes idea?

The community has responded very positively to the idea of the tiny homes development to address the needs of homeless citizens.

2. How will the grant move the project forward?

As a result of this grant, we can secure the site and begin preparing it for development. Even before we had funds, a working group was evaluating potential sites in preparation for purchasing land. This advance work means we can proceed on a shorter timeline. We can also proceed with other working groups. For example, we can now recruit partners for building or sponsoring a tiny home. We can develop criteria for residents and consider how we want to operate the village. 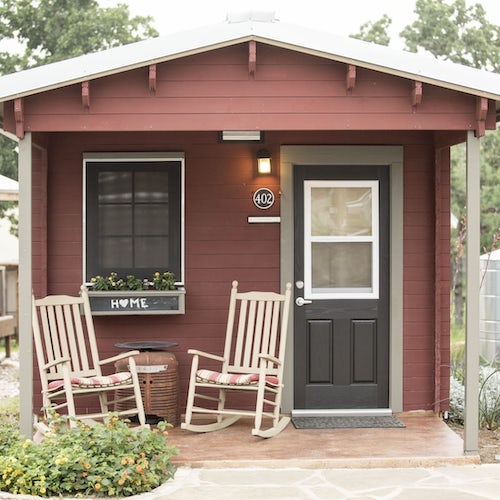 A look at the exterior and interior of one of the homes in Community First! Village. 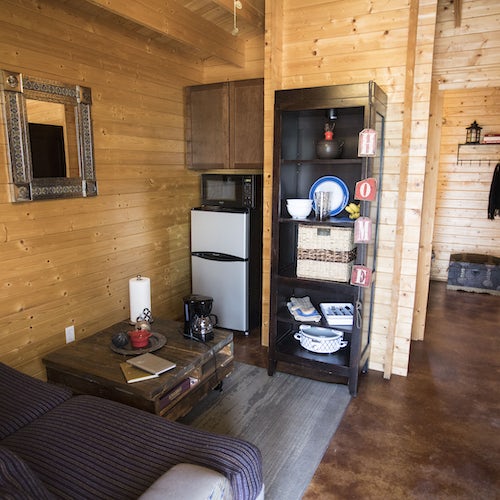 3. What is the program’s current timeline?

Land secured in less than six months, land prep to begin in six to nine months, and construction to have started in one year.

4. From the Community First! Village, what elements do you want to bring to the Baton Rouge version? How do you plan to adapt the concept?

Community First! Village in Austin offers training modules on operating their project, and there have been a number of other tiny home sites that we intend to conduct. But Baton Rouge also has experienced homeless service providers, as well as expertise in other areas to be tapped. As community members and organizations step forward, we will design a model that benefits from the work in Austin and other cities but also makes use of local resources.

6. How can people get involved? Why is it important?

Re-housed citizens need to connect to and build a community support network. Most of us have a network of family and friends that provide support when in times of stress, illness and emergency. Homeless citizens don’t have those networks. Our Tiny Homes development will work to create a community among residnets.

The One Stop Homeless Services Center (as well as many of our homeless agency partners) frequently host volunteers. frequently host volunteers. The One Stop has been a popular site for civic and church groups since its opening. Two Eagle Scout projects have been completed at the One Stop. High school and university volunteers have worked in our community garden and computer lab. Artists have supported our One Stop Art Studio and musicians come monthly for concerts. The Tiny Homes development will definitely attract and make use of volunteers.

What do you think of the initiative? Let us know in the comments below.