Rollin’ on the River: Baton Rouge serves as port of call to three major cruise lines

Passengers on the Viking Mississippi will be treated to views of the Mississippi River from almost anywhere onboard, including from the Bow (below), an open-air seating area at the front of the ship. Photo courtesy Viking

‘When I was a boy,” begins Mark Twain in Old Times on the Mississippi, his 1875 memoir, “there was but one permanent ambition among my comrades … to be a steamboatman.” Though Twain may never have quite materialized into a full-time river rat (instead becoming the author of the Great American Novel—too bad), he did chart a few journeys up and down Old Muddy in his day, even landing in the “tropical swelter” of Baton Rouge, a fragrant city “clothed in flowers … like a greenhouse.”

That spirit of adventure hasn’t yet been lost on modern travelers. This summer, even levee-bound landlubbers will see for themselves new vessels from Viking, American Queen Voyages and American Cruise Lines dropping anchor in our downtown port, sending droves of new explorers into our city that marked, for the novelist, the start of “the absolute South.”

Viking, perhaps best known for its grand river tours of Europe, will set sail its first-ever Mississippi River cruises this month with the Viking Mississippi, a brand-new ship accommodating up to 386 guests in 193 staterooms designed to suit its one-of-a-kind style built specifically for the river. The ship—which was built in Houma by Edison Chouest Offshore—features open verandas for al fresco dining, a 360-degree promenade deck, and the Explorers’ Lounge and Bar with panoramic views of the river. Interior designer and architect Richard Riveire, a Texas native, says that he relied on memories of his grandmother’s firefly-dotted porch for the unique design, sending an appreciation for the sights and sensations of the journey deep through every detail.

“We are very pleased at the initial response and support we have received from guests and community partners along the Mississippi River,” said Torstein Hagen, chairman of Viking, when the new ship was announced.

Starting this summer, the ship will initially carry passengers on three Baton Rouge-inclusive itineraries: “Heart of the Delta” and “New Orleans and Southern Charms”—both of which also include stops in nearby Mississippi, St. Francisville and Darrow—as well as “America’s Great River,” which travels between New Orleans and St. Paul, Minnesota. With shore excursions showcasing the Old Governor’s Mansion and Capitol Park, plus tours of the Rural Life Museum, USS Kidd, and the Atchafalaya Swamp, travelers can expect their one-day stop in the Capital City to be full of history.

Architectural distinctiveness is also one of the main calling cards for American Queen Voyages’ American Queen vessel, the largest paddlewheel steamboat ever built. With Gilded Age-inspired design Twain would have likely recognized (along with a sitting room named in his honor), the ship joins its other Mississippi-bound vessels the American Countess and the American Duchess in scheduling an 8-hour stop in Baton Rouge during its 9-day “Round Trip New Orleans” itinerary. Motorcoach tours will allow passengers to explore art, food and historical markers in a snapshot of Southern culture. 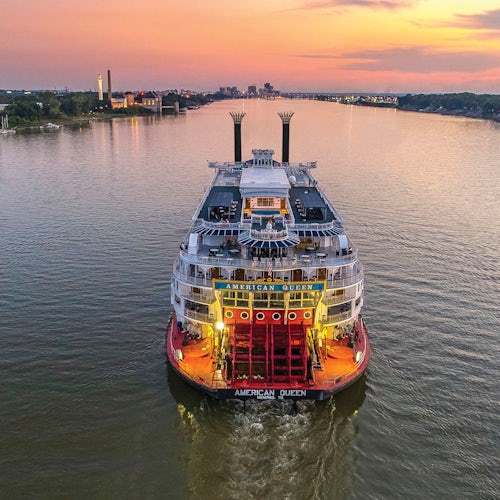 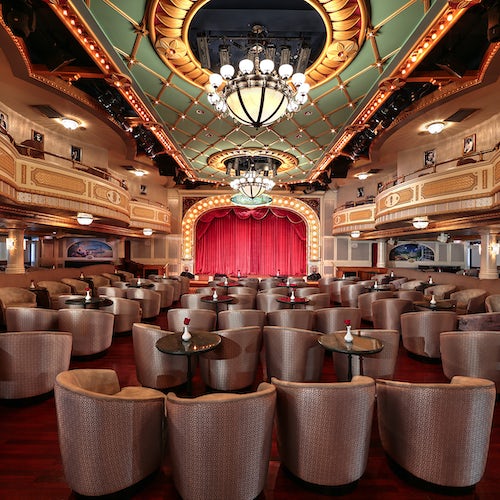 The two-deck-tall Grand Saloon designed in the style of a 19th-century opera house with details reminiscent of the historic Ford’s Theatre. Courtesy American Queen Voyages

“Many of our guests have cruised Europe many times but want to deeply discover North America now,” says Michael Hicks, senior director of marketing communications for American Queen Voyages. “We call it the Ameri-cation.”

American Cruise Lines might second that statement, setting sail a Mississippi River fleet of five riverboats this year, including two classic paddlewheelers (American Heritage and American Splendor, newly renovated and redecorated for 2022), plus three new contemporary-style riverboats (American Melody, American Jazz and American Symphony, the latter of which will debut this August), all of which stop in Baton Rouge. With a smaller size accommodating 100 to 190 passengers, these ships offer a more intimate experience, along with local excursions to the LASM and LSU Museum of Art. 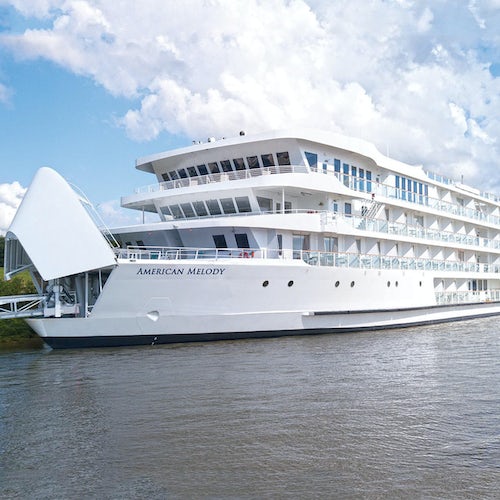 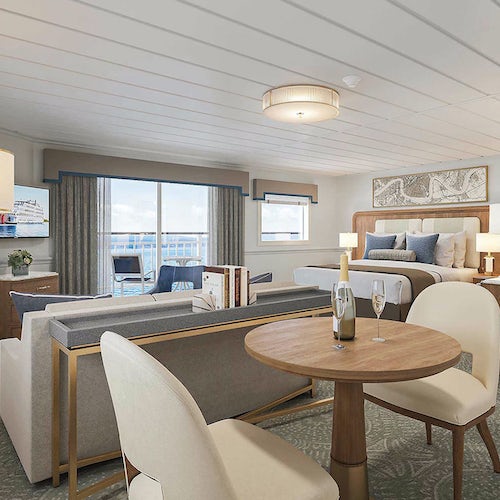 “Most of our river cruise guests generally tend to be more mature, retired travelers, and most come from the U.S. and North America, but we do also have guests of all ages on board, and from around the world,” says Alexa Paolella, public relations manager for American Cruise Lines. “Baton Rouge is a historic and amazing city, and it’s featured along many of our most popular Mississippi River itineraries. From visits to the USS Kidd to explorations of the bayous, there are far too many wonderful attractions to name just one.”

The sentiment is music to the ears of tourism experts at Visit Baton Rouge, who meet each ship with smiling faces, a mobile information cart, and an offering of Mardi Gras beads.

“It’s great to see those passengers exploring Baton Rouge’s restaurants and coffee shops and museums,” says president and CEO Paul Arrigo, “and know that they’re going back home and talking about the great time they had here.”