Parties-turned-weddings are growing in popularity in the Baton Rouge area, especially since spring wedding season turned into COVID season for many couples. However, even before head counts were limited and social distancing was the norm, couples were finding creative ways to make their special day one to remember.

The essentials of a surprise wedding are simple: The couple invites friends and family, usually a small group, to gather under the guise of an engagement party or other get-together. But once the guests are assembled, the betrothed announce that instead of simply sipping cocktails, these attendees will be witnessing their union as husband and wife. Surprise!

Kimberly Spano and her husband Rhett always agreed that they wanted to elope or have a surprise wedding, even before they got engaged. And after frequently eating at BLDG 5, and being rather close with the restaurant’s owners Brumby and Misti Broussard, the couple knew the venue was the perfect location for them to combine what they love most in an unexpected way–with a surprise wedding.

According to Kimberly, BLDG 5 had all the vintage vibes the couple wanted, so she didn’t even consider holding the wedding anywhere else. Luckily, the patio and deck were perfect for the ceremony and the relic room was the right size for their intimate gathering of only 28 people.

“When we decided on BLDG 5, I quickly met with Brumby to confirm a date and time for our size and needs,” explained Spano. “Then the next thing Rhett and I had to do was make a guest list, mail traditional engagement party invites to all the guests, and then, of course, let my mom in on the secret.” 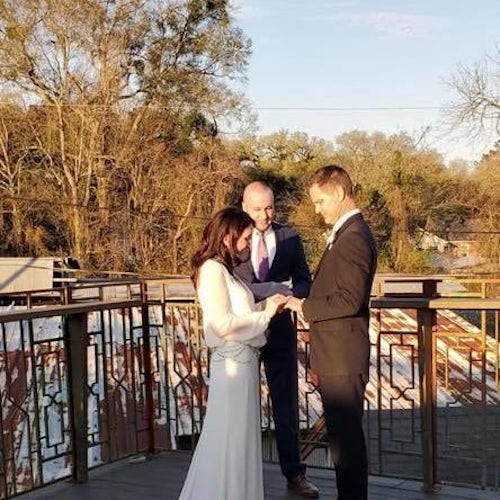 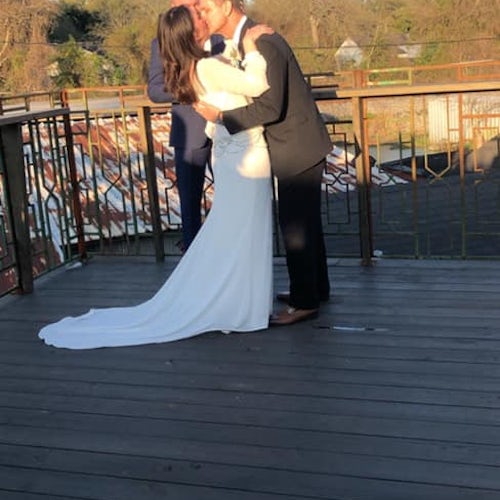 When the day came for Kimberly and Rhett to say “I do,” all of their guests arrived at the venue expecting an engagement party, but they quickly realized something else was taking place.

“It was honestly such a stress-free day,” details Spano. “We showed up and everything was ready for us. One of the best parts of the night was watching our families’ faces when they found out it was a surprise wedding–there was laughter and there were tears. It was perfect.”

Kimberly and Rhett aren’t the only ones reveling in the excitement of a surprise. We also spoke with wedding planner Leslie Campbell of Leslie Campbell Weddings about the surprise wedding she executed for Anna Katherine Culotta and Sterling Gladden. During the planning process, the couple realized all of the fuss of a big traditional wedding was not what they wanted–especially when Culotta’s grandfather was terminally ill–so they decided to get married at their engagement party, similar to the Spanos.

“When guests arrived, they were given a program that let them know they were not at an engagement party but an actual wedding,” explains Campbell. “Everyone was already so excited to be there to celebrate AK and Sterling’s engagement, but when they realized what was happening, it took the excitement to another level. I think guests felt so special to be included, knowing how much work the two families had put into making it such an amazing surprise.” 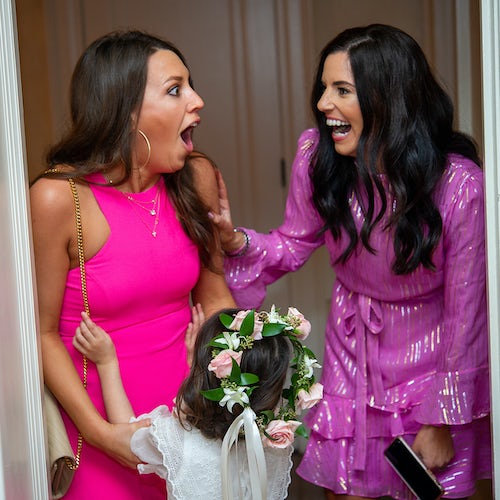 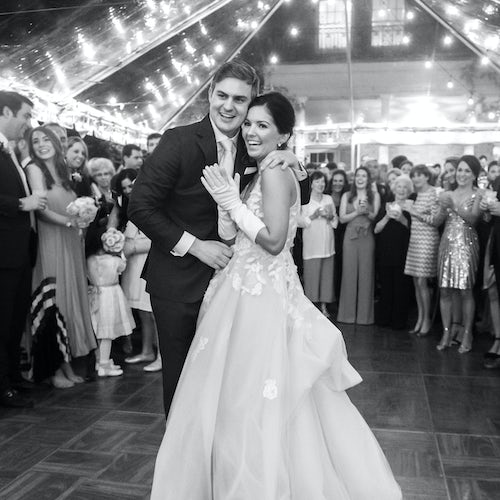 While surprise weddings might not be for everybody, Campbell says she absolutely loves helping to plan them. According to her, it takes away the stress of a big wedding party and long engagement, and couples don’t have the pressure of trying to please so many people.

“I think my favorite part of the whole evening was just the overall surprise,” says Campbell. “Everyone involved did such a good job of keeping the secret, which made it so easy to celebrate the couple and throw an amazing party.”

Have you ever attended a surprise wedding? Tell us about it in the comments below.