When a Catholic couple becomes engaged, the first step toward wedding planning usually involves a series of meetings with a priest to ensure that all parties turn to the same page regarding their approach to conflict resolution, spirituality, finances and whatever else may pop up during the course of their relationship. A good first step, even if the interview process can be a bit nerve-wracking for couples who don’t have a long, personal friendship with a priest. For Shelby Toups, though, it was more like catching up on old times.

The priest, after all, was Rev. David L. Toups, her father’s cousin, who had baptized Shelby as a child—his first dispensation of the sacrament after being officially ordained into the priesthood. He was present again for her first Reconciliation and first Communion when she was a student at Our Lady of Mercy, so for Shelby to stand in that very church again last December, clad in white at the top of the aisle—this time with her now-husband Landon Flowers—seemed only natural. Rev. Toups (now Bishop Toups) was once again presiding over the ceremony, his first wedding since his August promotion to bishop of a diocese in Texas. 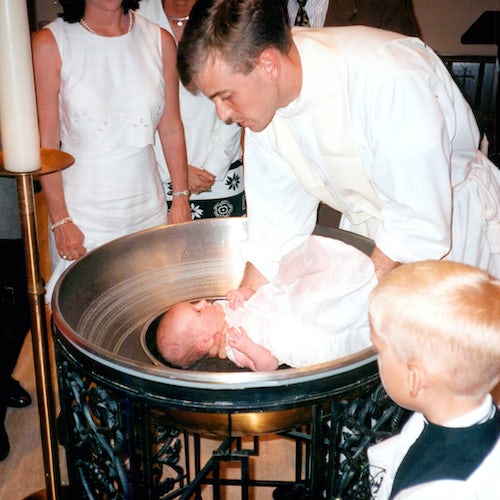 From baptism to matrimony, Shelby Toups has rounded out nearly all the sacraments under the guidance of her father's own cousin, Rev. David L. Toups. 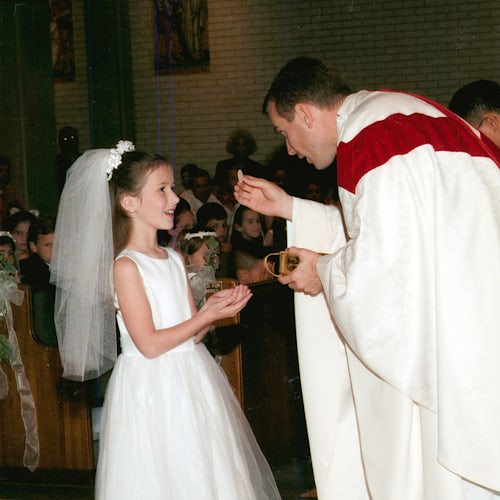 On the evening of the ceremony, Christmas trees glittered against the white-and-black palette of the wedding party’s attire, and the cake at the Country Club of Louisiana reception mimicked the black-and-gold elegance of the wedding invitations. All of these little details proved that a consistent theme is a classic condition for outdoing the ordinary, even in the midst of so much welcome familiarity.

With a tuxedoed usher hand-delivering invitations on a silver platter to guests in Baton Rouge, the affair promised to offer a unique experience from the get-go. But even a stranger picking up the wedding program for the first time could be privy to the evening’s personal touches. In the margins, special footnotes denoted the significance behind the couple’s favorite hymn verses and Bible passages, shared funny anecdotes, and expanded on the history of the relationship. And the song Shelby picked for her walk down the aisle? Let’s just say you’ve never heard it at another wedding before. 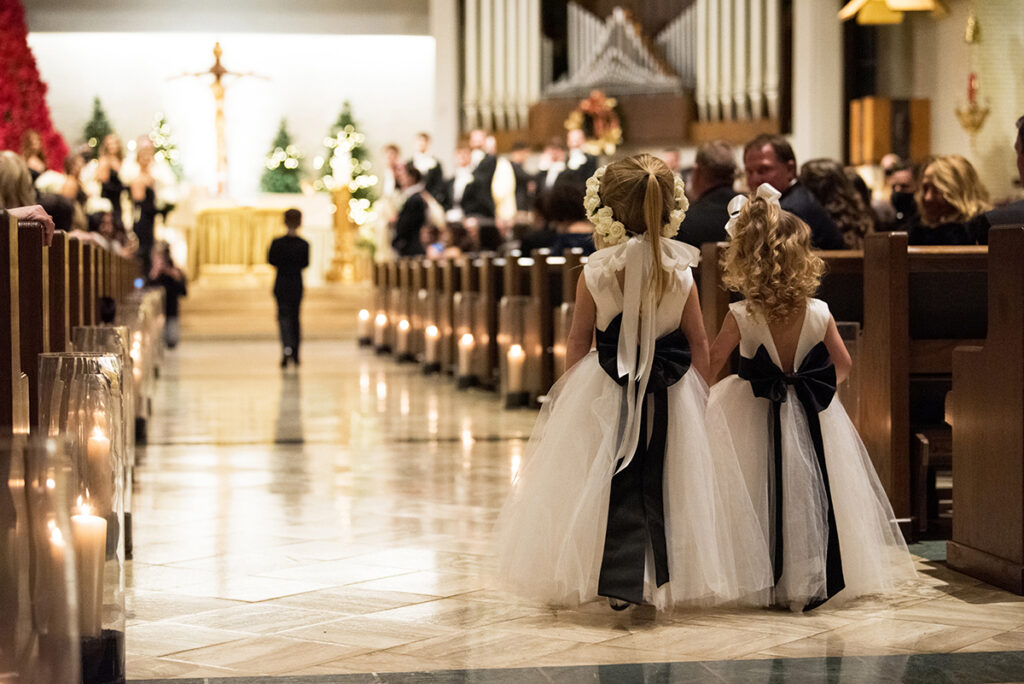 “My sister asked one of her friends in New York to compose the song—a mashup of Pachelbel’s ‘Canon in D’ and Elvis’ ‘Can’t Help Falling in Love,’ the latter of which we’d picked as our first-dance song for later in the night,” says Toups. “It was such a lovely way to tie those big moments together.”

Creating a narrative for guests to follow was a crucial step toward togetherness, especially during a holiday season still dominated by social distancing among even the closest friends.

“It was important for us to personalize the program to better involve the guests,” she says. “Not everyone there necessarily knew Landon and me super well, and not everyone was Catholic, so we hoped it would be a fun way to make everyone feel welcome.” 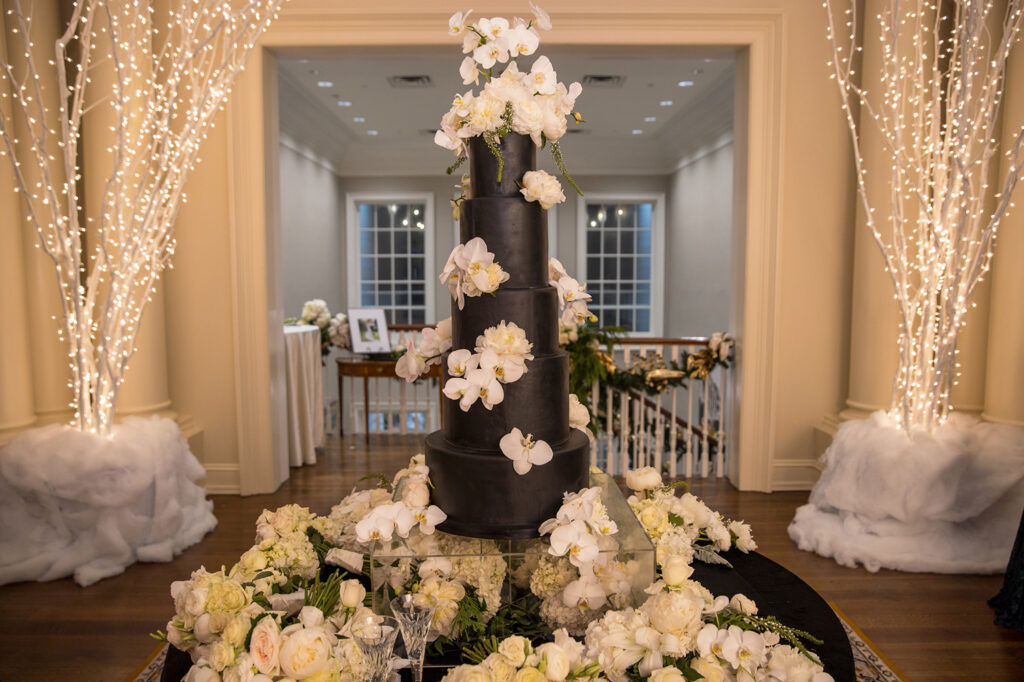 Shelby, who graduated in May with her master’s degree in business administration from LSU, and Landon, who is finishing a project with Turner Industries in Corpus Christi, are now residing in Texas after having spent a significant period of time apart because of work demands. They plan to settle back in Baton Rouge when Landon’s work completes in mid-summer.

“Doing a long-distance relationship made the wedding an even more special evening in hindsight,” says Shelby. “I think about all the little personal connections we made and feel so lucky to have been able to bring our families together.”

See more from this wedding in our gallery below: 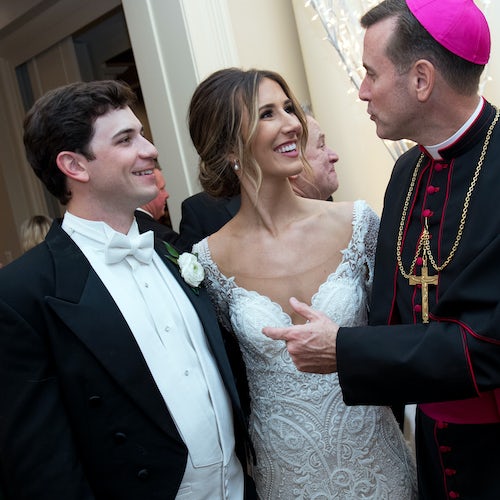 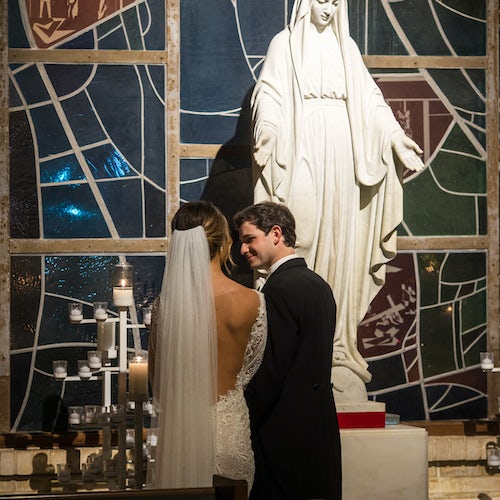 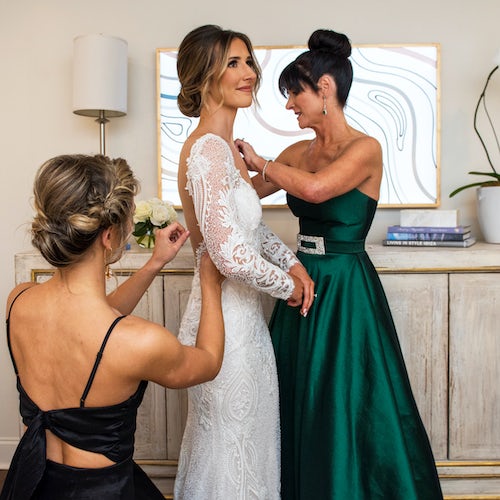 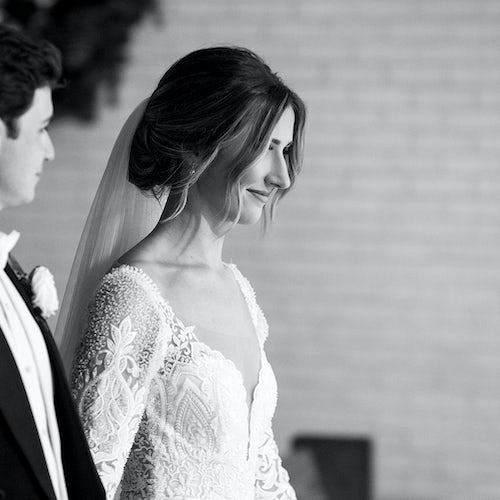 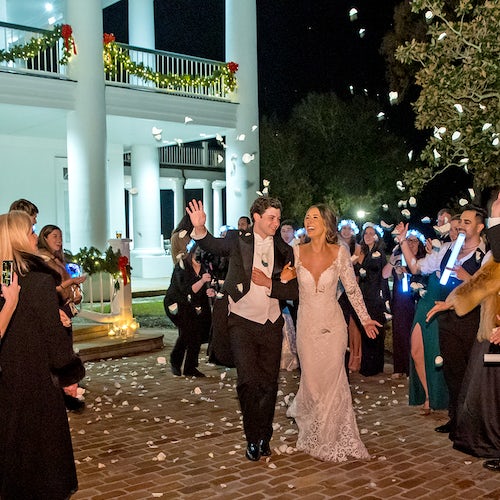 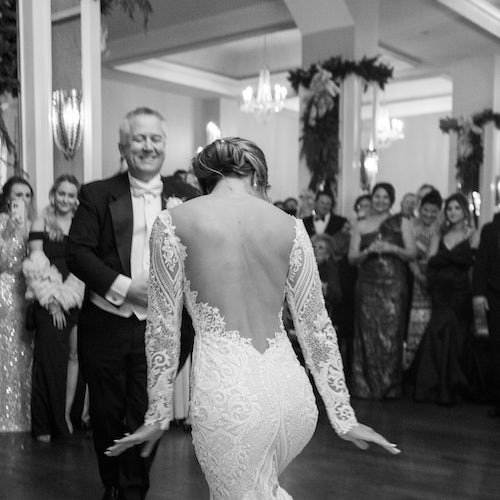