Words like “contemporary” or “bungalow” are part of a home design language many people speak fluently. But throw terms like “fascia” or “trimmer” at us and we’ll be running for the hills. When it comes to home construction, knowing these terms is vital to a successful and smooth project, but don’t worry—we aren’t responsible for knowing the difference between a beam and a girder. That’s left up to an interior designer like Laura Cedor, who stands in as an advocate for clients throughout the entire home construction process. 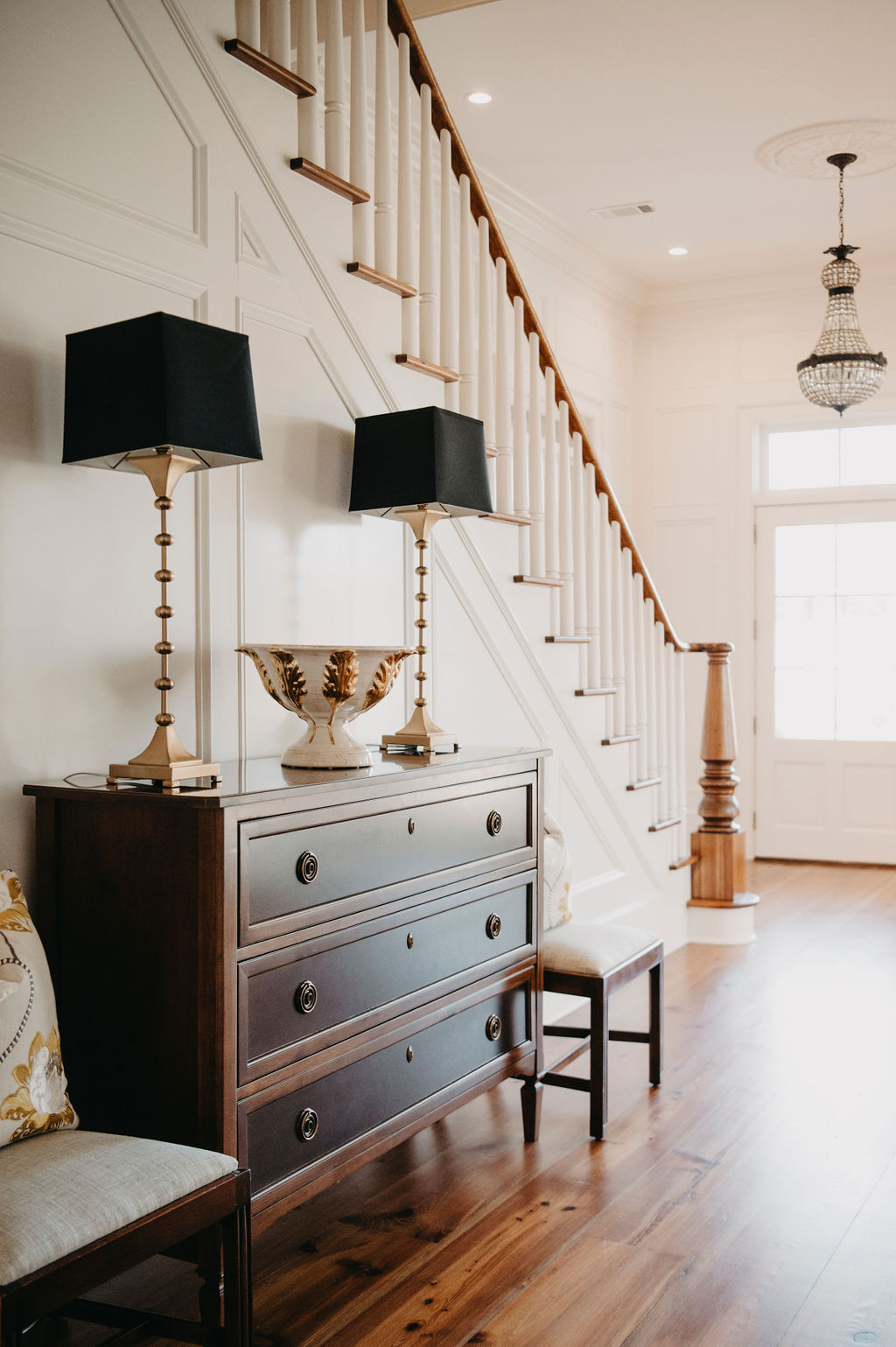 “Find a designer who will be your advocate/owner representative during construction,” says Cedor. “As a homeowner, you are probably not familiar with construction/design vernacular. Having your designer there at every meeting with your contractor ensures a smoother process from start to finish so that you can know all of the options out there.”

When designing for a family of five, for example, Cedor considered the future possibility of turning one of the bedrooms into an office–a project that would require installing a floor box outlet, and something Cedor would need to let a contractor know about ahead of time before the pouring of a concrete slab.

“I don’t want there to be anything lost in translation,” says Cedor. “If it’s my idea, it’s my responsibility to communicate that to the contractor, and for the owner to get the price, so everyone’s on the same page.”

Whether you have the latest stand mixer or a favorite set of party platters, Cedor recommends sharing that with your designer so they can talk to your contractor about incorporating proper storage space for those items.

Choosing the right people at the right time for construction can feel daunting, but because a designer stands in as mediator and communicator, Cedor recommends contacting one from the get-go when starting a new project.

“My recommendation is to hire your interior designer before you hire your architect or your draftsman, or whomever you’re going to use, because your interior designer will sit down and make that road map for you, including things like ‘In your current closet you use X amount of linear feet for hanging space,’ or ‘Right now these are all the things you currently have in your kitchen,’” says Cedor. “You can then bring that program document to the architect and the architect can design based on that input. It’s always hard once you’ve hired after an architect or a contractor because your ideas are, of course, different. You see where the furniture goes, you see the end product of the finishes. A designer sees how you live in the space.”