We’ve all been guilty of letting our spaces turn from functional rooms into cluttered storage areas–and our outdoor areas are no exception. A couple of years pass by, and suddenly you’re using your porch as a large-scale junk drawer. Circa 1857 owner Garrett Kemp faced this same issue, but he decided to buckle down and restore his outdoor space to its former glory—with a few fresh touches. 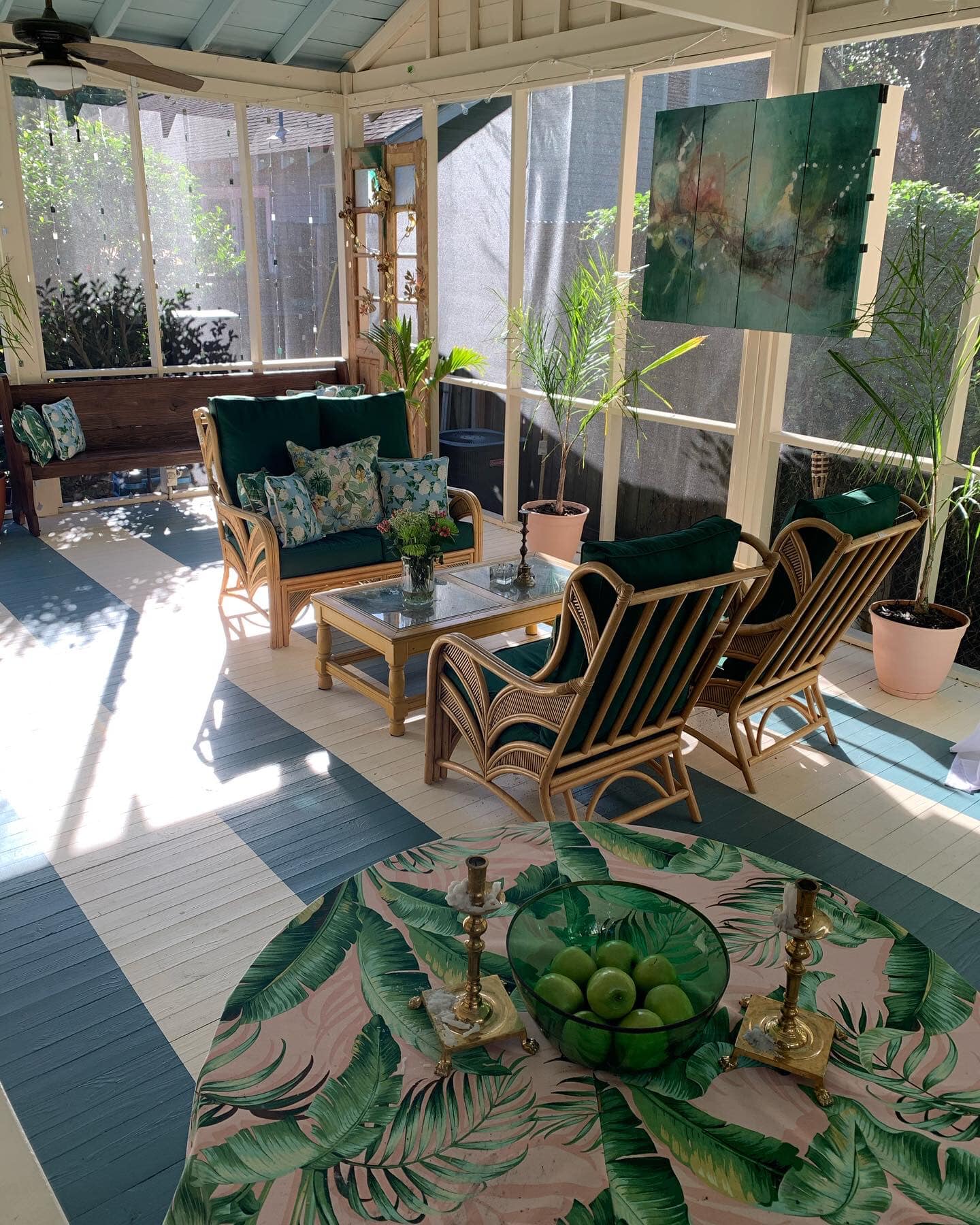 Kemp’s goal was to create an outdoor area to enjoy the weather, entertain guests and relax, and after about two months, he was left with a functional haven. Several seating areas, a hand-poured concrete bar and a hidden television are pulled together through a cohesive color scheme and enhanced with eclectic texture and pattern.

“I have been in that house for years and years now, and the back patio had just kind of become neglected. We used it, but it just was a catch-all,” he says.

While thumbing through some magazines, Kemp decided to start pulling together his plan for the space. It started first with a color scheme—blush pink, dark blue and emerald green—then moved on to the painted flooring. Originally, he planned to create a chevron pattern, but after some consideration, he decided to keep it more simple.

“We decided to go with just a striped blue and white floor, which I have actually seen in a few magazines, so I carried that over,” he says. “That was my jumping-off point to then figure out, OK, well, what exact style of furniture and other decor do I want?” 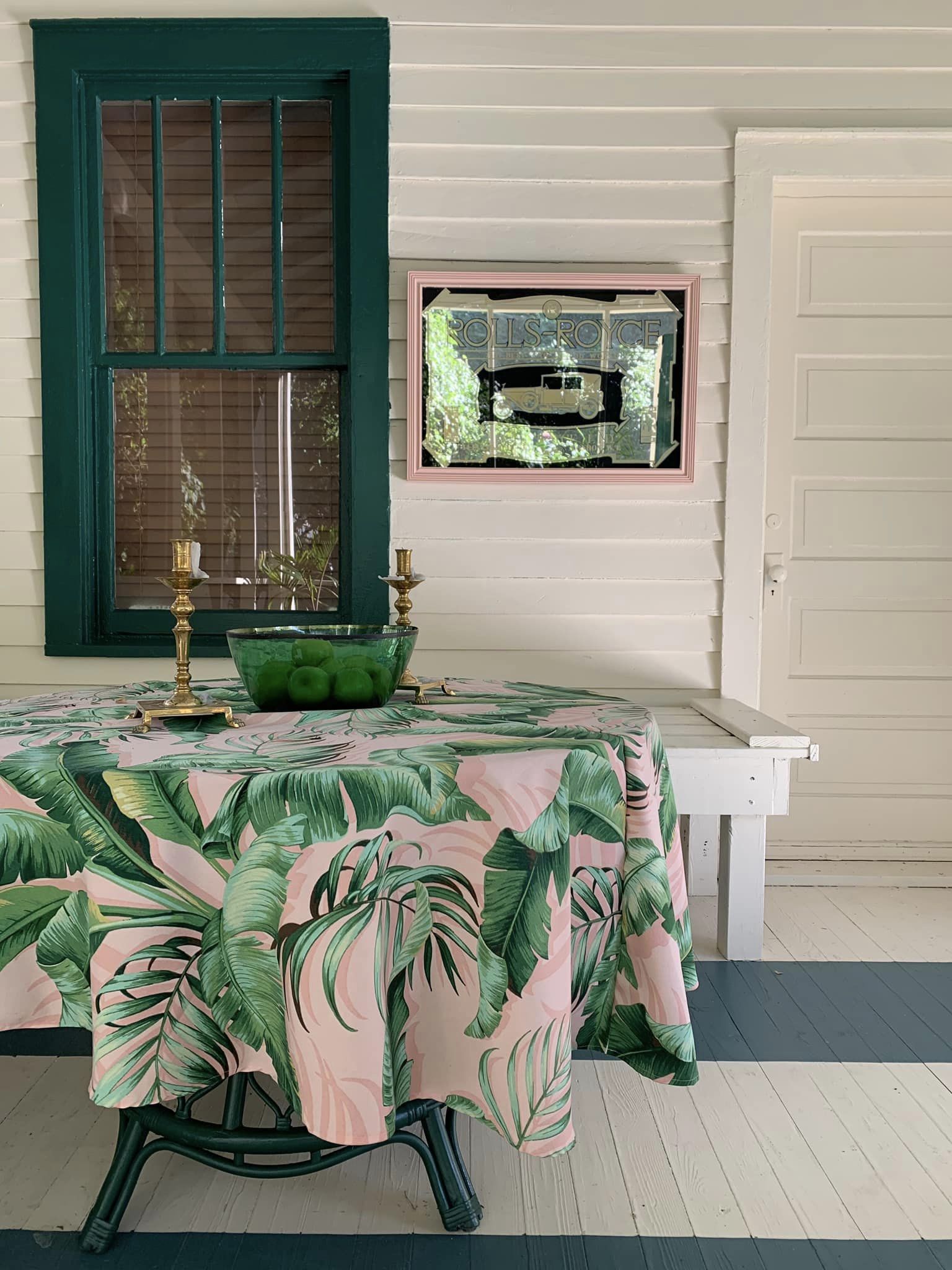 From there, the vintage store owner did what he does best: sourcing. He tracked down a rattan patio set in Texas to complement the breeziness of the room and reupholstered the cushions to match the palette. He picked up a vintage Rolls-Royce mirror at an auction and painted the frame, and he hand-built a custom TV box with the help of local artist Jade Brady.

“Everything is still bold, but it all ties back into the fact that everything is all in the same color palette. It’s not like one thing is constantly pulling your attention elsewhere,” he says.

For those looking to upgrade their own spaces to enjoy the breezy fall weather, the business owner has one major tip: plan ahead. Instead of jumping in, Kemp spent his time searching for inspiration and jotting down exactly what he wanted for his back patio.

“I like to draw things out. I like to scribble things on papers. It really makes no sense to anybody else if they were to read it like a manual, but to me, just getting those ideas out there and constantly brainstorming helped me make a pretty good decision,” he explains.

For more details on the specifics of this airy porch renovation, click around the photo below: