Singer, songwriter and television personality Kelly Clarkson rose to fame after winning the first season of American Idol in 2002. Since then, Clarkson has released numerous hit songs and landed both a spot as a judge on The Voice and a gig hosting an NBC talk show. Clarkson and her now ex-husband Brandon Blackstock purchased their Tennessee mansion for $2.86 million in 2013 before listing the property for $8.75 million back in March 2017. The house is now back on the market with a new price of $7.49 million. The 20,121-square-foot waterfront abode in Hendersonville, Tennessee, is composed of seven bedrooms and eleven bathrooms with a family room, a movie theater, and even a children’s room with four built-in bunk beds and a large play area.

While Clarkson’s home forgoes a clear style and uniformity throughout, we spoke to Ty Larkins of Ty Larkins Interiors to help understand the stylistic inspiration and design of Clarkson’s expansive kitchen.

“I would call this an old-school European kitchen mixed with modern elements,” says Larkins. “The quarry is really European, and the bleached oak cabinets look sort of quasi-rustic, but at the same time, there is a modern vibe as well.”

Larkins notes that the designer took an interesting and different approach to mixing styles. “The stainless steel countertops on the bar area are definitely a modern, restaurant-style approach to the kitchen,” he says. “When you look at, it comes across as being traditional, but when you dissect it and take it apart, there are enough modern approaches that give it a slight twist on the same-old-same-old.”

See more of Larkins’ notes alongside more rooms from Clarkson’s waterfront residence below:

• If you look at all of the finishes, they are not quite uniform. In one section of the kitchen she has got stainless steel countertops, while the island in the center appears to have some sort of limestone or natural stone countertop. This can work with the right integration.

• There is not a predictable uniformity. They have switched it up in a way. Instead of doing a modern version of floating shelves, they have done a vintage sort of farmhouse approach. It’s almost like they have taken a modern idea and made it more traditional, versus the opposite approach that was taken with the countertops and the bar area

• It is all about taking something that you see all the time–almost like a cliché–and giving it a different twist. In this example, taking a European-style kitchen and looking at it with a modernist’s sensibility. 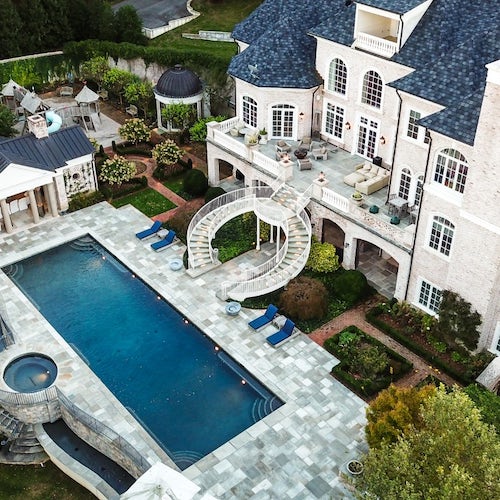 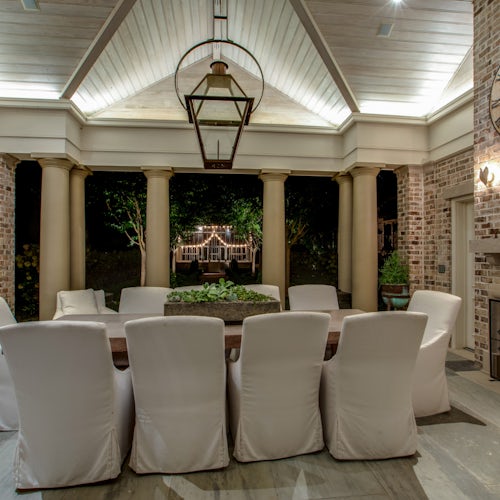 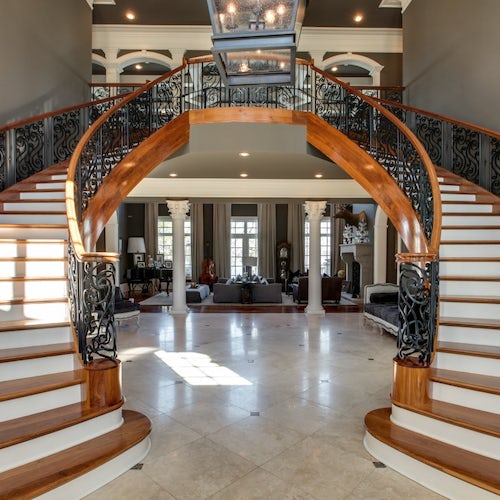 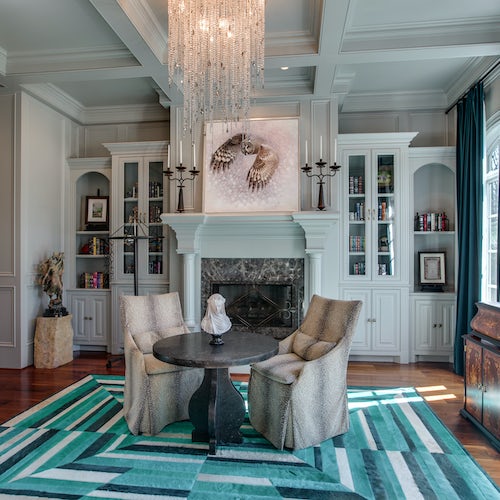 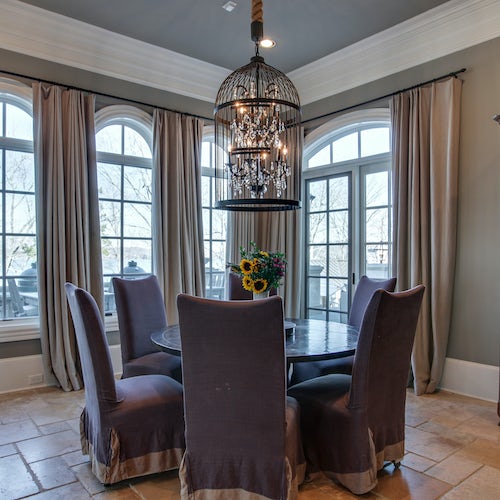 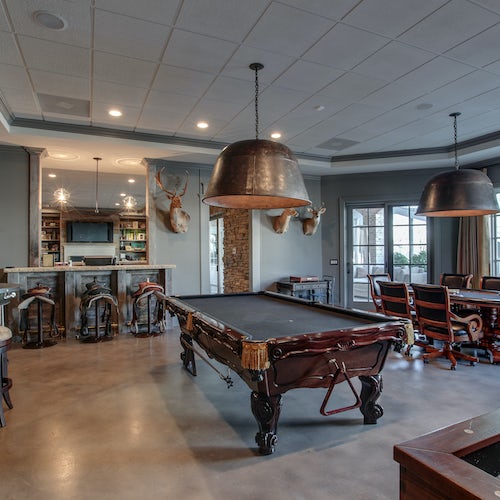 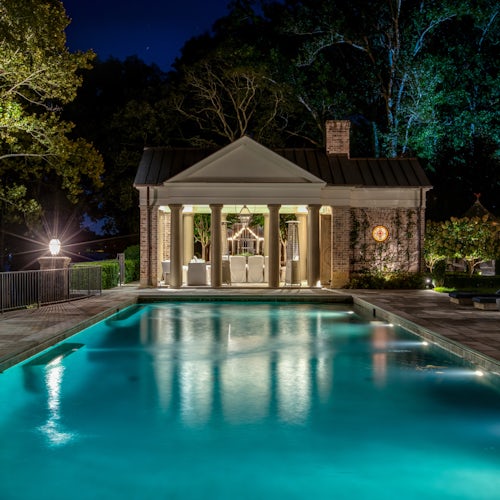 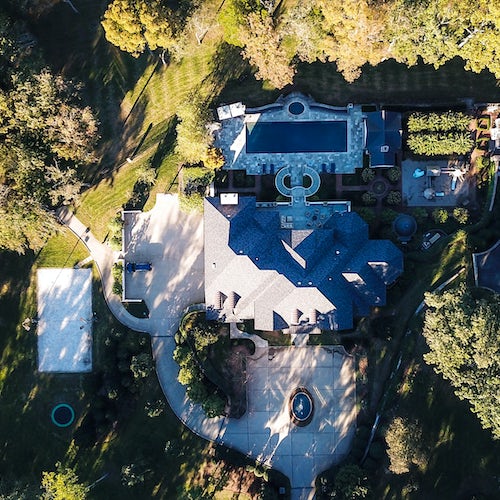 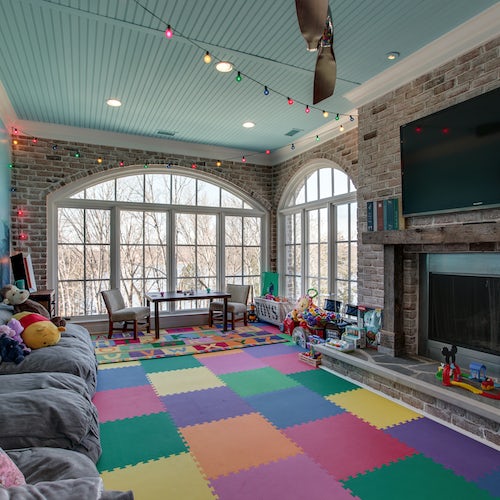 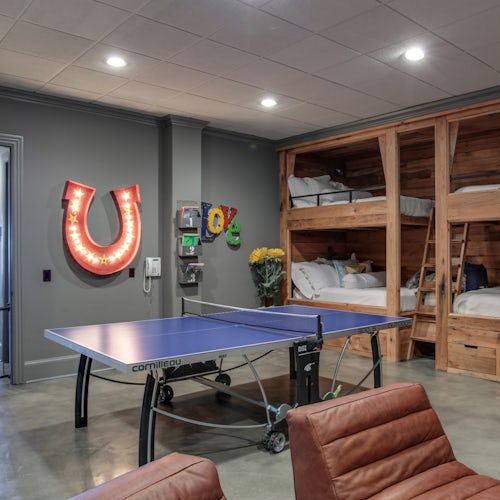 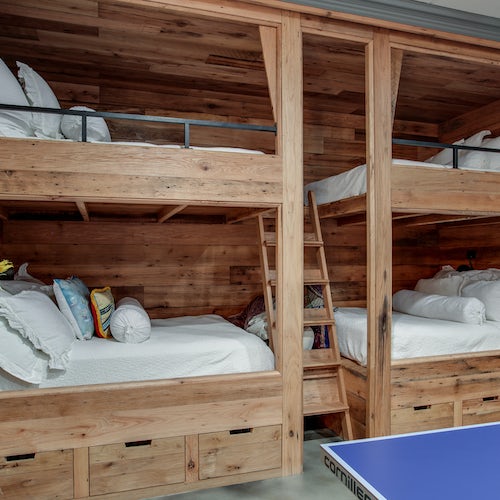 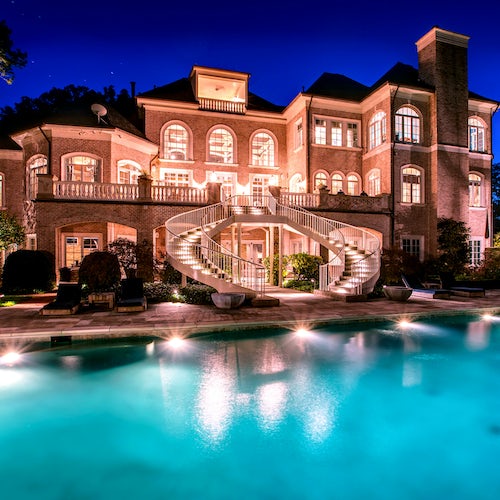