When heiress (and mother to CNN’s Anderson Cooper) Gloria Vanderbilt passed away in 2019 at the age of 95, she left behind one of the most stylish legacies of the famed American Vanderbilt dynasty. Raised in the glamorous wake of her great-great-grandfather Cornelius Vanderbilt’s railroad empire, Gloria may have been known as one of the most famous socialites in American history, but she also built fame in her own right as an artist, author, actress and fashion designer—the qualities of which she brought into her eccentric interior style.

Her former apartment, built in 1931 near the East River on the Upper East Side of Manhattan and listed at $1.12 million, holds an eclectic collection of intriguing architectural elements and artwork covering nearly every inch of wall space, leaving almost zero spots unclaimed by framed paintings and family portraits. Gloria called this space home for 23 years, though the style certainly finds a home in many aesthetics and decades. As Gloria told New York Magazine in 2018: “What is beautiful to me may not be beautiful to someone else.”

Gloria took this confidence into every square inch of her (humble?) abode, which houses three bedrooms and two half bathrooms, along with an eat-in kitchen, a library and a fireplace, as well as a downstairs studio space. Claiming fantasy and imagination as key components of inspiration, Gloria certainly landed on design decisions that made us question her charismatic co-op. As a result, we dove inside with designer Erin DeBosier, owner and principal designer of SPACES, to find out which elements drew her attention and why.

“No room will ever come out the same as anybody else’s,” says DeBosier. “That’s the beauty of what she’s done, because nobody can replicate it.”

Read on for DeBosier’s observations and design tips, and scroll down for more images of Gloria Vanderbilt’s home. 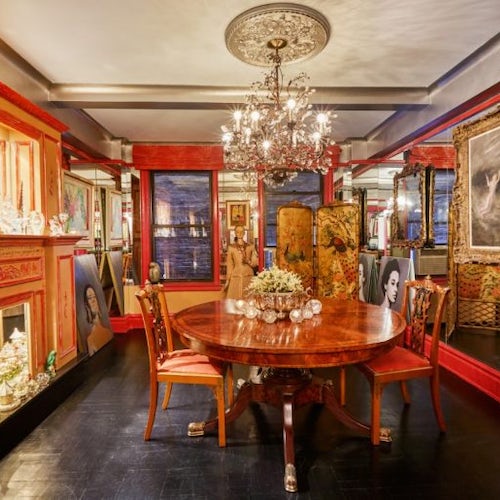 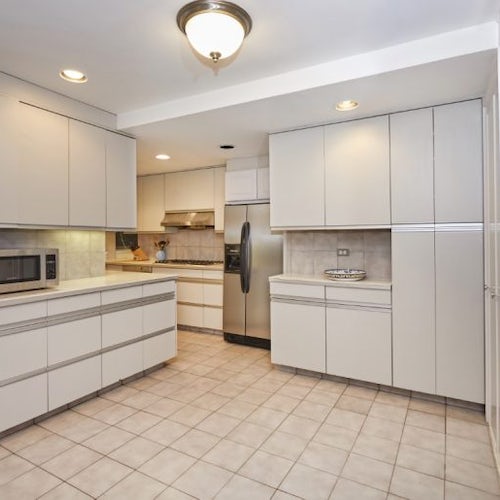 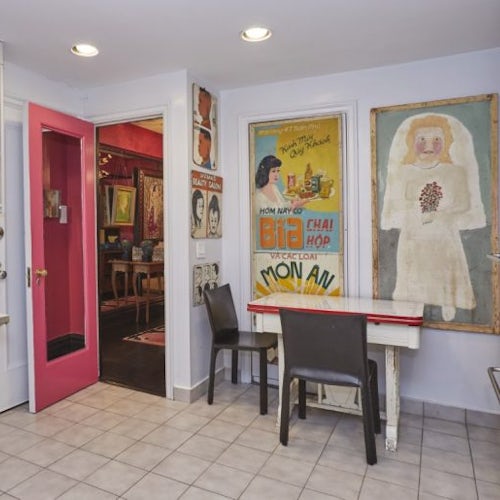 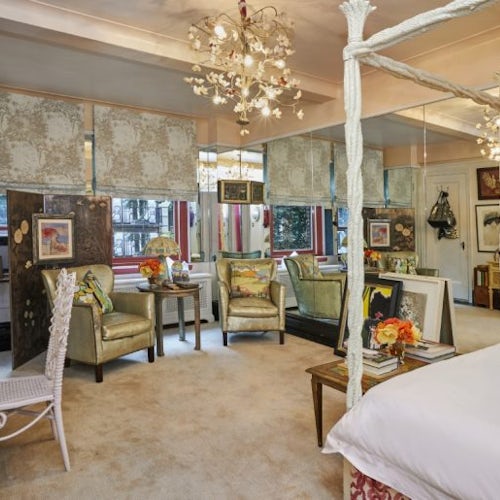 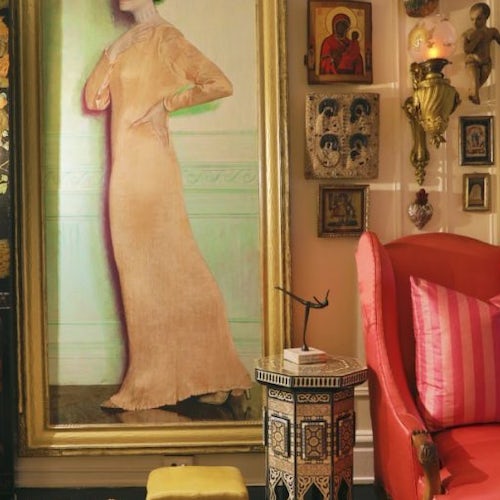 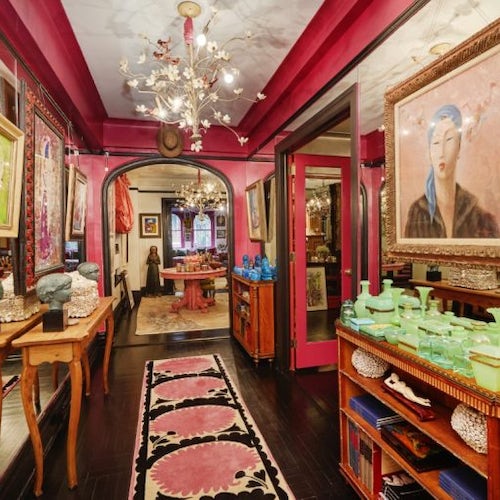