The “King of Rock and Roll” might have established himself as a musical legend by the end of his career, but the cultural impact brought on by the singer far exceeded the success of even his most popular singles. While Elvis tremendously influenced American pop culture through his revolutionary style of music and wardrobe, his taste for midcentury style trickled over into interior design when purchased a Palm Springs mansion for his newlywed bride, Priscilla Presley, in 1967.

Built in 1960, the 5,000-square-feet futuristic house features a curvilinear floor plan boasting five bedrooms and bathrooms, a private garden, a tennis court and a terraced swimming pool settled on 1.16 acres. To garner a better understanding of the design, we spoke with Sarah Cooper of Cabell Cooper Design for her insight on the living room of Elvis’ honeymoon mansion.

“Midcentury modern design is stylistically characterized by organic influences (bringing the outside indoors), simplistic forms (angular/clean lines), functionality and the less-is-more approach,” explains Cooper. “These design elements are at play in Elvis Presley’s living room. The living room boasts an open floor plan accented with large windows and a stone accent wall, which brings natural light/material and greenery indoors, as well as simple and clean-lined furniture with minimal decorative ornamentation. The style is still relevant today and is often incorporated into contemporary interiors.”

See more of Cooper’s tips alongside more rooms from the Presley honeymoon mansion below:

• Balancing out angular lines with softer curved shapes will eliminate a stark or sterile look and feel that can be associated with midcentury modern. 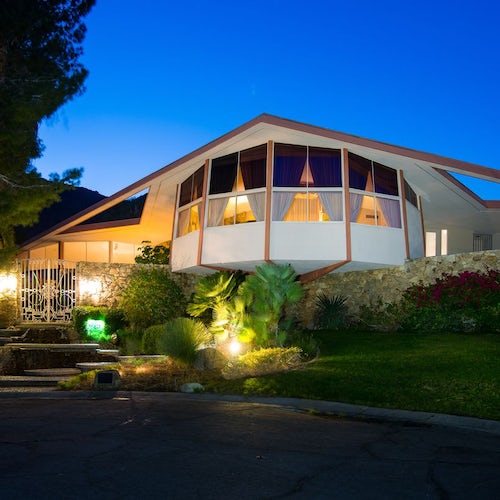 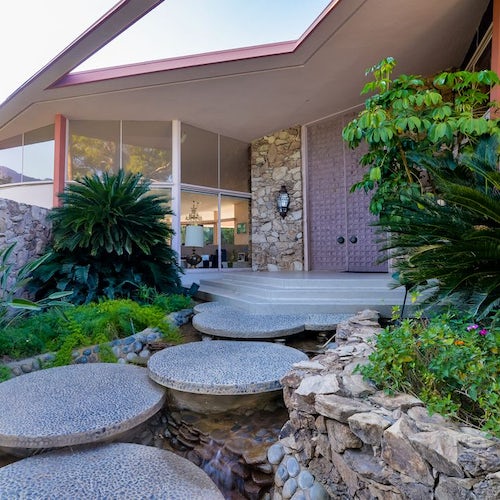 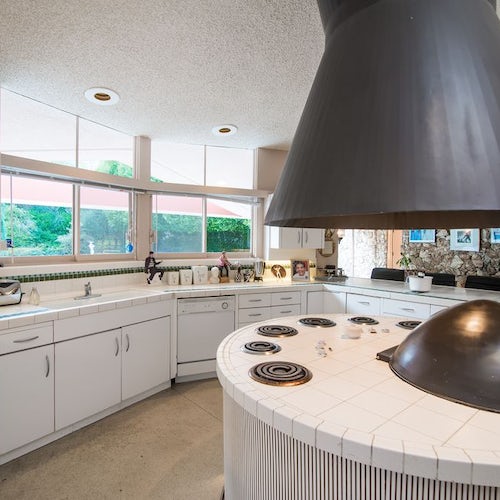 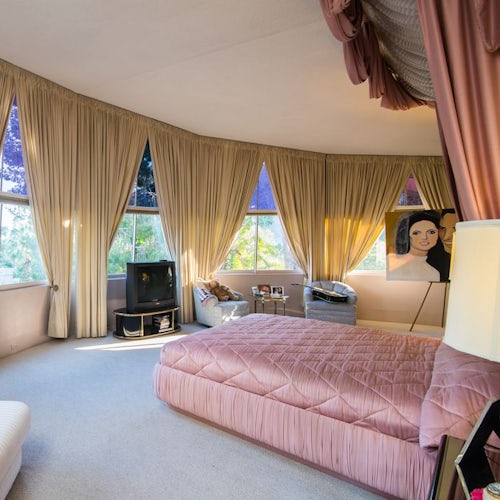 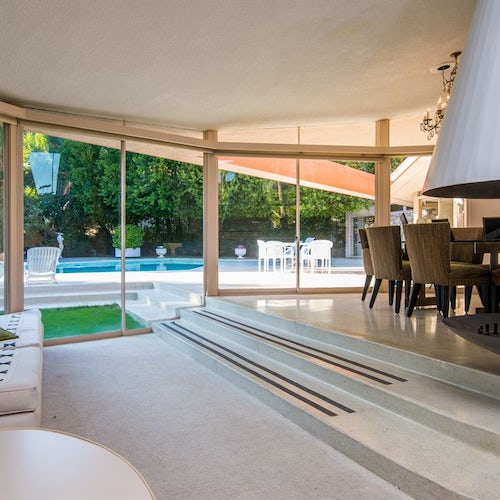 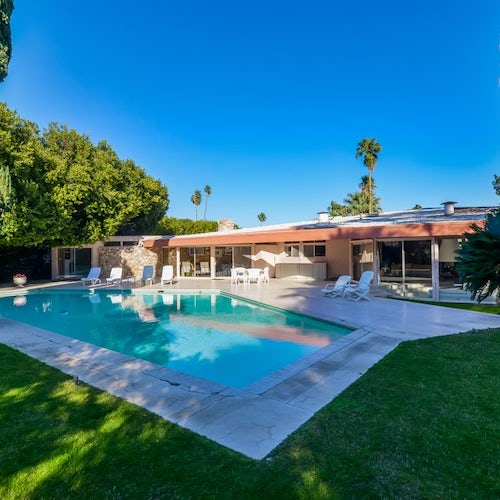