The Ledbetter-designed den of an 1850s home in New Orleans’ Garden District is a play on pattern, with chocolate brown and white wallpaper, ikat linen window treatments, and a custom carpet. Photos courtesy Rizzoli USA.

A passion for eclectic architecture was first imprinted on Lee Ledbetter’s mind not in a college lecture but rather during countless afternoons spent with his face pressed against the window of his mother’s car. From his backseat vantage point, the Monroe native was learning to love the neoclassical estates, the midcentury moderns and even the suburban ranch-style homes that dotted his childhood landscape.

“I felt like I was forever a passenger watching the houses go by,” Ledbetter tells inRegister. “It was almost like they were all being catalogued. I think that’s one reason why I have a very egalitarian approach to design today—I really respond to both the modern and the classical. What I love most is straddling the line.”

Ledbetter’s unusual openness to embracing and even combining varied architectural styles has earned him widespread acclaim that culminated in the April release of a new book highlighting some of his most noteworthy designs. The Art of Place: Lee Ledbetter—Architecture and Interiors chronicles the architect’s journey from Monroe to the University of Virginia and Princeton and then to career stops at prestigious firms in Chicago and New York before he made the move back to Louisiana to launch his own practice in his mother’s hometown of New Orleans. But the bulk of these pages is filled with photos and details from 16 striking residential and public projects in Louisiana, New York and Texas, including his own current and former residences. 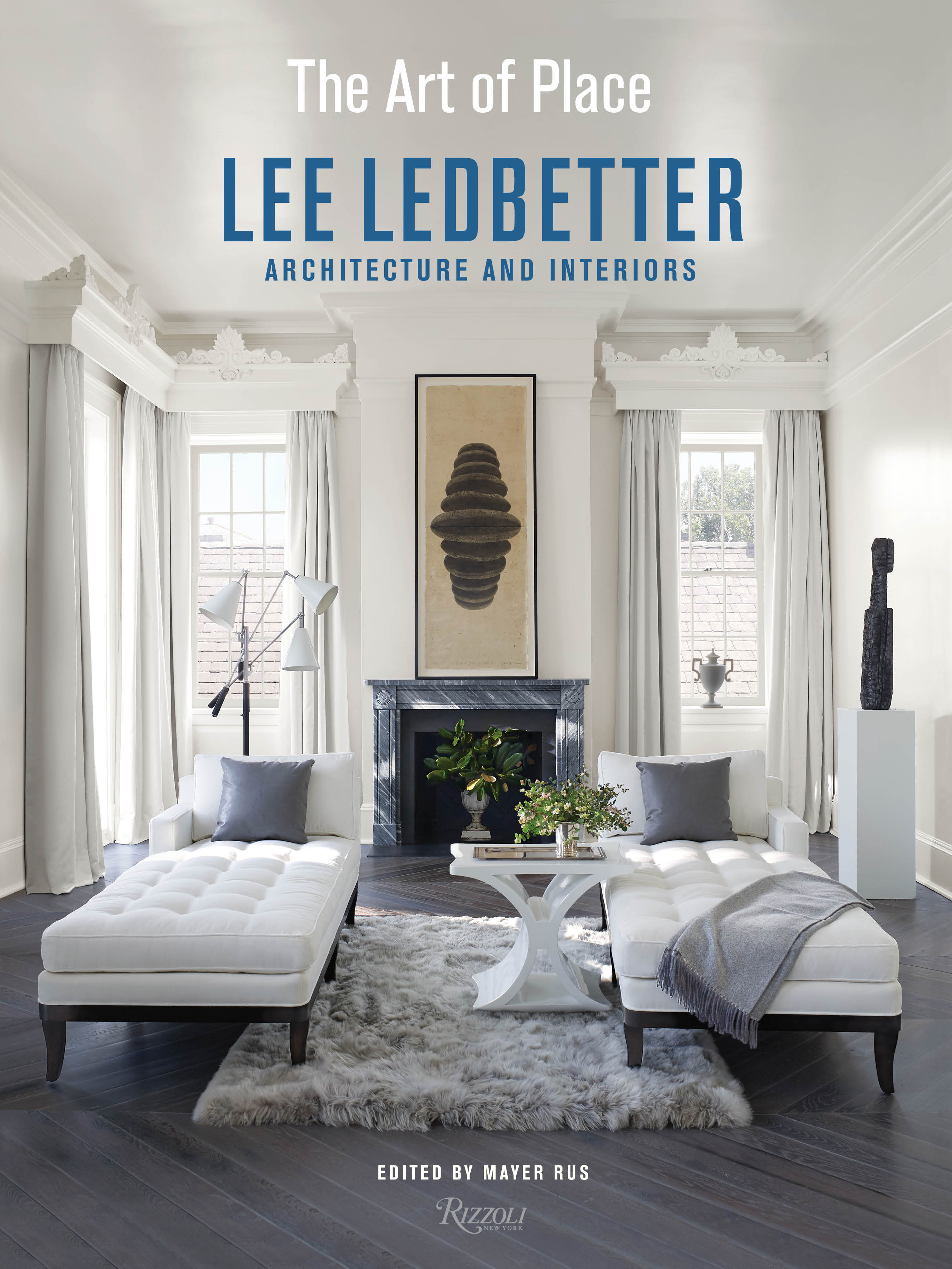 The book reveals in vivid imagery how Ledbetter has bucked the architectural establishment in another way, by placing equal emphasis on interiors. “A lot of architects look down their noses at decorators, but I never have,” he says. “We spend 2½ to 3 years on projects, and we grow so attached to them. They’re growing out of our hearts and souls, and we want to see them furnished well. We prefer to do our own interiors because we take a very holistic approach to design. It makes sense to do it all at the same time.”

The approach Ledbetter takes to filling the heart of a home is more nuanced than the typical modern-focused architect. “A lot of architects will use the same repertoire of pieces from designers like Mies van der Rohe and Eileen Gray, always black and chrome,” he says. “That looks beautiful in a sleek modern box, but it’s very predictable. It doesn’t speak to the owner or the region.”

Though many of the homes he designs have a modern bent, Ledbetter is a staunch advocate for incorporating antiques into even contemporary architectural styles. “A lot of younger people are buying their furniture at big-box stores and not buying antiques,” he says. “They’re missing out on bringing a sense of authenticity and warmth to their homes. When you decorate with antiques, you’re continuing something that came out of your culture. Plus, antiques are more sustainable, and they’re well built.” 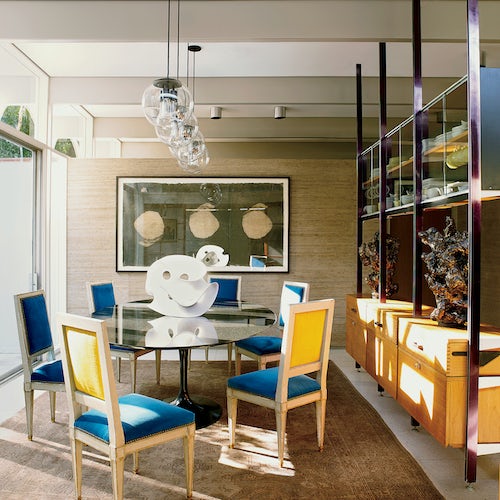 The artworks in Ledbetter’s own restored Marquette Place dining room include ceramic sculptures by Eva Hild and Peter Lane and a large photograph by Jungjin Lee. 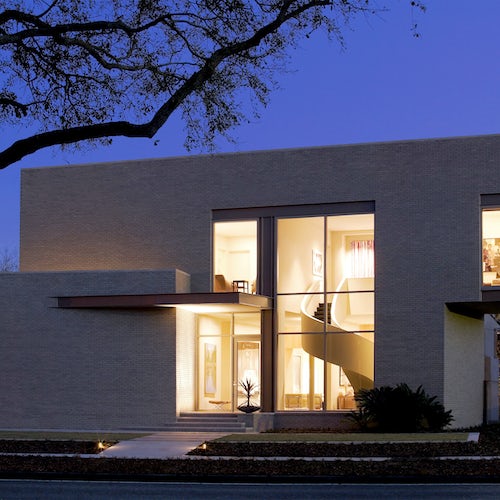 Ledbetter designed this house on Lake Ponchartrain specifically to show off the client’s collection of contemporary art. The silver-gray brick exterior is composed of rectangular shapes reminiscent of a classic art gallery.

Ledbetter’s architectural work is nearly evenly split between new construction and renovations. He loves the limitless possibilities that come with building from the ground up, as he did with a Creole-inspired contemporary home for artist George Dunbar on Bayou Bonfouca in Slidell that he calls his “greatest hit.” “The setting of that house was spectacular,” he says of the Dunbar home, which is featured in the book. “And I love it because of the size—it’s super compact. I also love the floor plan.”

Ledbetter has also embraced the preservation and restoration of historic homes, including one of his own that dates to 1853. Thanks to Ledbetter’s efforts, another of his own residences, originally designed in 1961, became the first modern home in New Orleans to be included on the National Register of Historic Places.

As the book’s title subtly suggests, the placement of art is an integral part of Ledbetter’s designs as well. It’s an interest that dates back to painting with his grandmother in Birmingham as a child and that was developed further during college art history classes and frequent visits to galleries while living in Manhattan. “I think a room without art is an empty room,” he says. “It’s another opportunity to bring in the culture of a region, to be whimsical, and to reflect the owner’s interests.” 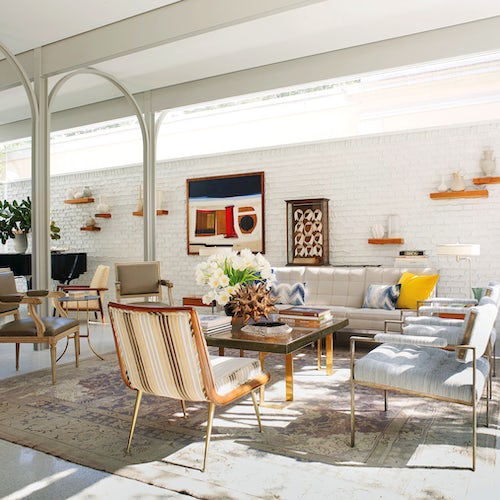 The living room of Ledbetter’s Marquette Place home, which was designed by New Orleans architect Nathaniel “Buster” Curtis in 1961 and was featured in Life magazine shortly after being built. This room, part of a glass-walled pavilion nestled within courtyards, is furnished with a mix of modern and antique seating atop a 19th-century Oushak rug. “I love the architectural character of New Orleans,” Ledbetter says. “It’s so rich. It’s good for my soul.” 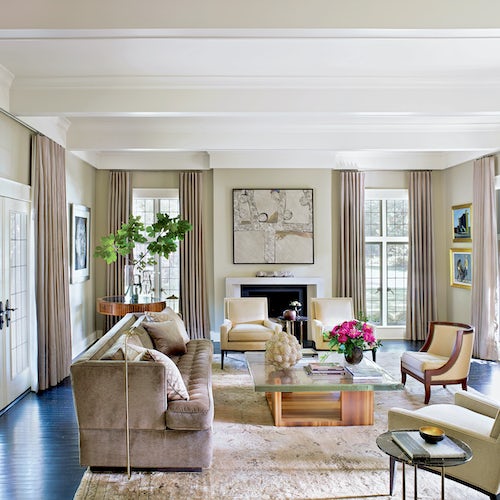 Art is the focus of one of Ledbetter’s most recent and most publicly visible projects, a 6½-acre expansion of the Sydney and Walda Besthoff Sculpture Garden at the New Orleans Museum of Art within City Park. As part of the expansion, Ledbetter was asked to design a 5,000-square-foot pavilion for viewing indoor sculptures, and his contemporary concept features an 18-foot-high clear ceiling, an elliptical-shaped gallery space, and stainless-steel exterior panels that glow when the sun sets against the building. The sculpture garden expansion project, which also includes an 12-foot-high arching garden wall that traces the site’s perimeter, is set to open to the public May 15. Ledbetter was also the architect of the sculpture garden’s 5-acre first phase, which is featured in The Art of Place.

“Ultimately, Ledbetter’s work is about elevating the quotidian rituals of daily life,” writes Mayer Rus in the book’s introduction. “In an image-driven culture, where novelty and extravagance so often masquerade as virtues, Ledbetter remains steadfast in his belief that true style can only emerge from substance.” 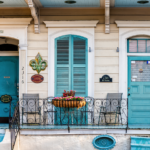 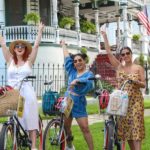 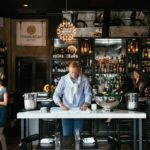 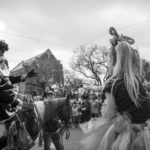