Women with a Cause: Dorothy Kemp

With a full-time role as director of educational support services at LSU’s Cox Communications Academic Center for Student-Athletes, two degrees and the pursuit of a Ph.D. in leadership and human resource development, one might wonder how Dorothy Kemp has time to eat and sleep, much less dedicate herself to several causes in the Baton Rouge community.

Kemp is a member of 100 Black Women of Greater Baton Rouge, the Junior League and more, but her interest in community service carries especially into the realm of underserved youth, where she works with organizations like Kiwanis Club and Club Blue, the Young Professionals’ Affinity Group for Boys & Girls Club, to raise funds and lend a positive influence to local students.

“I had been involved with Kiwanis since high school and college,” says Kemp, “but I had stopped my membership for a while after losing a job, so that I could focus on rebuilding a career.”

But Kemp still received Kiwanis correspondence, so when she learned that someone from Club Blue—at the time a brand-new branch of Boys and Girls Club—would be speaking at one of the group’s events, she decided on a whim to attend. Three years later, and on board again with both organizations, Kemp has since taken on leadership roles including serving as Kiwanis advisor for the Lee High School Key Club and organizing annual events like last year’s inaugural Great Futures Gala, which helped raise $46,000 for Boys and Girls Club.

In October, Kemp helped set up a haunted house for the kids, where she and other club members dressed up and ate treats with the kids. To see these same children over and over again, to see how they grow and advance, is part of what makes these organizations so rewarding, says Kemp.

“The important thing to understand is that no effort is too small,” she says. “No effort toward good is too small. You may not be able to give a ton of time or a ton of money toward a cause, but just know that any effort is definitely making a different in the lives of the community that you want to serve.” brclubs.org

What do you love about the volunteer efforts that you do?

How is your cause making a difference?

In our inaugural year, the Great Futures Gala raised over $46,000 to fund Boys & Girls Club of Greater Baton Rouge programming. We hope to exceed that amount at the 2018 gala, which is set for March 3.

What do you hope to achieve?

I hope to raise awareness and build support for the Boys & Girls Club in our community. We are working really hard to pave the way for the youth of today, but more importantly, for the leaders of tomorrow. 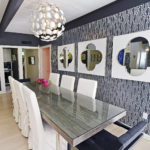 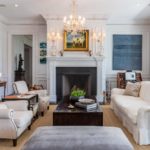 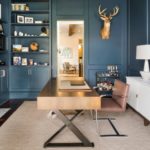 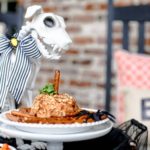