Will Waldrop and his daughters Natalia and Nina read The Nuff with Angie Salinas, CEO of Girl Scouts of Southwest Texas, during a launch event at an H-E-B store in Texas. H-E-B partnered with the publishing company to be the exclusive retailer for the book, which is also available online at thenuff.com. Photos courtesy Will Waldrop.

Inspired by a young mother’s final wish, the children’s book The Nuff follows the adventures of a unicorn with a broken horn who learns she is perfect just the way she is.

“When the world says you can’t and you should just give up,” the story says, “know you are brave and beautiful. You will always be a Nuff!”

In other words, the unicorn—and the young readers following the story—learn confidence is not derived from what they do but from whom they already are. You are enough—or a “Nuff.”

That’s the message author Veronica Waldrop wanted to leave behind for her two young daughters, Natalia and Nina, before she passed away from stage IV breast cancer. Waldrop began writing the poem that would later become The Nuff when Natalia was an infant, says her husband Will. As life continued on and Nina was born a few years later, the poem was never finished, Will says.

But when Veronica was diagnosed with breast cancer in 2015 and as the disease became incurable, she knew she wanted to leave her daughters a gift that would inspire them as they grew. 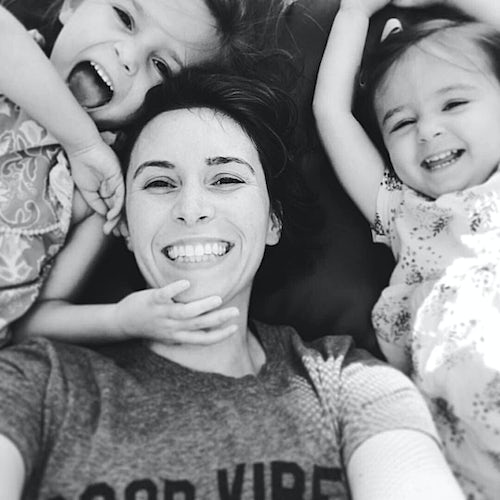 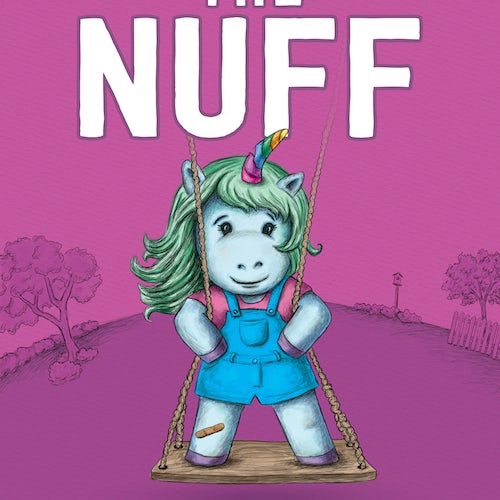 Veronica died on November 4, 2017, at age 38, only days after finishing the poem, Will says. “Though we miss her every day, Veronica’s courage and strength is living in us,” he says. “The Nuff is a part of our healing and the beginning of a mission to inspire our daughters and girls everywhere that you are enough.”

Two weeks after his wife died, Will asked his friend and author Alan Williams to help him bring her story to life. Will sought to preserve Veronica’s legacy, establish a resource to help others, and create something for his daughters that would provide enduring guidance.

The story’s message is applicable now more than ever with societal pressure and social media affecting girls and young women 24 hours a day, Will says. In the story, the unicorn’s horn is broken and she has a bandage on her knee and holes in her shorts, Will points out. “Basically, to let them know imperfection is perfection,” he says. “You’re beautiful and wonderfully made just the way God created you. That was the message she wanted to leave for them.”

The book is a living representation of Veronica and the lessons she wanted to impart to not just her own children, but kids everywhere. “I think as she was writing it she recognized it would be a valuable story for any little girl, not just her own daughters,” says Kate Castle, a Baton Rouge-based radiation oncologist who helped care for Veronica.

A creative writing major at college with an energetic personality, Veronica wore a unicorn costume around the house during her final days to keep her daughters’ spirits up, says Castle, who adds that everyone who met Veronica loved her and wanted to get to know her better. “The book is as engaging as Veronica was as a person,” says Castle.

Castle reads the book often to her own seven-year old daughter and marvels each time she looks at the book’s unicorn protagonist. Illustrator Cat Elliott even made the unicorn resemble Veronica, especially around the eyes, Castle says. “It’s just like I’m sitting there face to face with Veronica,” Castle says.

Published by Tailwind Publishing, the book has already received accolades for its inspiring message. In late March, Louisiana first lady Donna Edwards read The Nuff while livestreaming for children and parents on her Facebook page.

Today, Natalia, 8, and Nina, 4, live with Will in St. Francisville, where he is busy with his insurance work and homeschooling the girls during the COVID-19 crisis. To see the years-long process of publishing the story come to fruition has been exciting, he says. “To get a tangible item in your hands, to see it, was pretty amazing.”

And it’s not just little girls and women that have connected with The Nuff, Will says. Plenty of boys and grown men have said they were touched by the book’s sweet message. “I’ve had to pull it out and remind myself that I’m enough to raise two little girls and handle all the other things that I juggle,” he says.  “Sometimes you want to quit and give up.”

But that little voice inside his head always tells him to keep going, he says.

The Nuff is available at thenuff.com as well as in H-E-B grocery stores in Texas. Learn more about the book on Instagram @thenuffbook and on Facebook at The Nuff Book.