Photos by Jenn Ocken. “At first, I thought I couldn’t do anything,” says photographer Jenn Ocken. “But I realized, support doesn’t necessarily mean a huge monetary donation—even though that definitely helps. It’s just about doing something.”

On a sunny afternoon last month, photographer Jenn Ocken pulled up to the front yard of the Johnson family only to see a white linen couch occupying a prominent place in the manicured grass. Was this a case of quarantine-induced madness? The dangerously pale piece of furniture had been carried onto the lawn just moments earlier in anticipation of Ocken’s arrival. And to top it all off, the family was now inviting their two dogs to join them on the cushions.

For weeks, Ocken’s days have been filled with equally intriguing sights, as she travels the city photographing families as part of The Front Porch Project BR, which she kickstarted with friend and Moxey sales and marketing vice president Aimee Supp after the stay-at-home order went into effect in March. The concept was simple: Ocken would take quick, free portraits of families in front of their houses; all the families had to do was pledge to support a local company or cause. 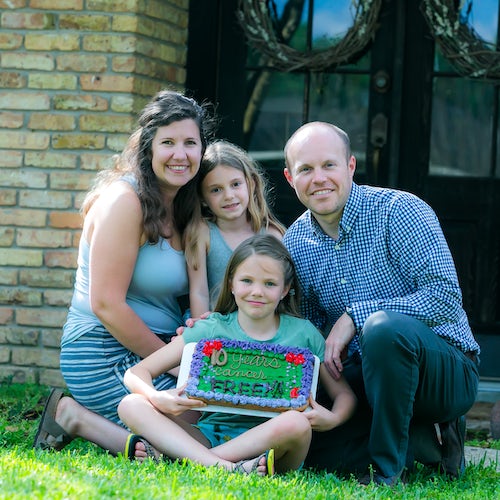 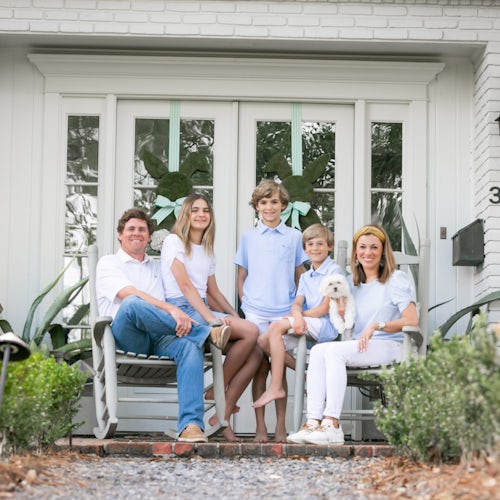 From kids’ art projects to bikes and barbecue pits to cakes and yard decorations, the ways in which families have chosen to express themselves in the photos are as diverse as the causes and businesses the images go toward supporting.

“The project is about paying it forward,” explains Ocken, who operates her own local small business, Jenn Ocken Photography. “We’re asking that people post the pictures, tag and review local businesses, buy whatever amount they can, or donate to a cause that’s important to them. This helps keep money flowing and gives greater visibility to local small businesses who need help during this time.”

The free family photoshoot idea came from similar initiatives that Supp observed online at the start of COVID-19 restrictions. However, in Baton Rouge, it has grown much larger than just one photographer and a few families. 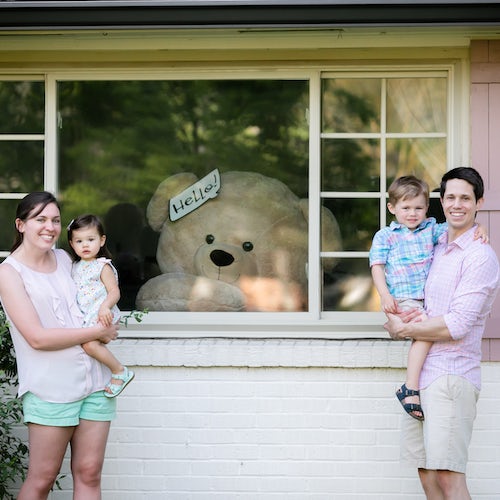 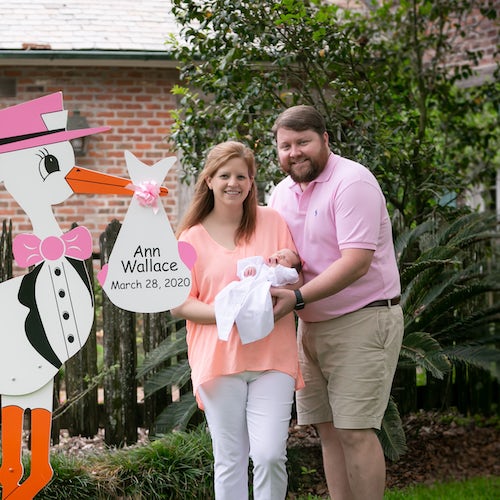 Within the first week, Ocken was overwhelmed with nearly 900 requests for the outdoor shoots. To meet demand and spread the love, Ocken and Supp decided to enlist the help of other local photographers in order to serve as many families—and, thus, businesses—as possible. Now with some 21 participating photographers and over 3,000 Facebook group members, the initiative has grown from documenting families and their front doors to capturing the faces behind the local businesses the project aims to uplift.

“There is a power in seeing faces,” says Supp of the new Store Front Project. She notes that owners don’t necessarily need a physical storefront to be photographed for the initiative. “We want to shine a light on the local businesses that make Baton Rouge so special. By sharing mentions and stories, we hope to encourage and support the business owners in this uncertain and stressful time.” 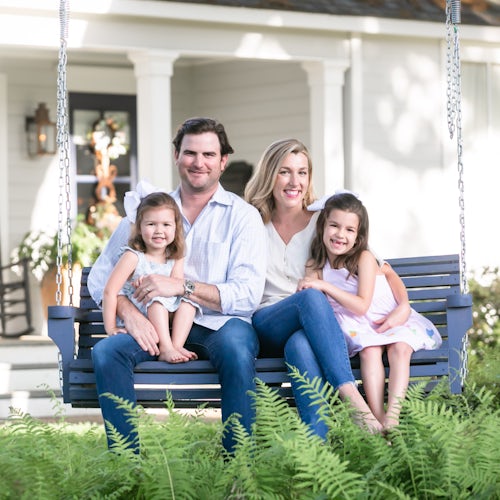 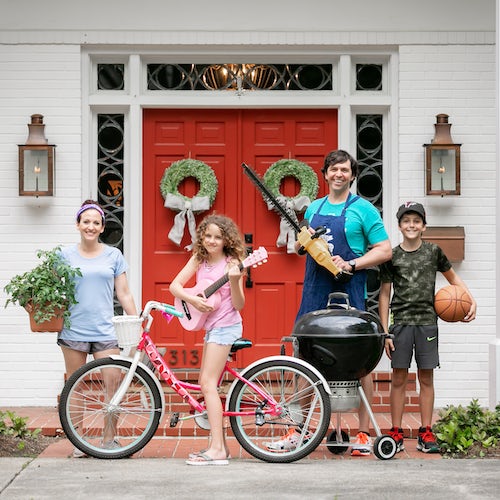 According to both Ocken and Supp, the project has already had a positive impact on stores and restaurants in the area, spurring increased online shopping and takeout orders. What’s equally powerful are the connections that have been made throughout the community, despite mandatory distancing. In the #TheFrontPorchProjectBR Facebook group, all of the images are shared, allowing strangers and old friends alike to join in celebrating special family moments from births to graduations that have been forever marked by the pandemic.

“It’s been great to see the gratitude that people have—what it means to them to have their family photographed during this time,” Ocken says. “I’ve been telling myself, ‘Everything always works itself out.’ It’s easy to believe that when I see people rising up together to give back to the community that gives them so much.”