It’s taken pressure, and it’s taken time. But at the very start there was agitation. Creative entrepreneur Liz Martin could be talking about the birth of a pearl inside an oyster, but she is retracing her path toward creative exploration.

The LSU alum and former speech pathologist was in her late 50s when she launched her own line of jewelry, well after retiring and in the middle of the trauma of two severe family illnesses. Her son had been diagnosed with cancer at age 30 when her mother suffered a heart attack and a stroke.

Her late mother, Barbara Louque, had been an intuitive painter and carved cypress statues, while her father, Everett, was the town “Mr. Fix It.” Martin’s methodical, often laborious jewelry craft feels like a natural combination of both of her parents’ talents. 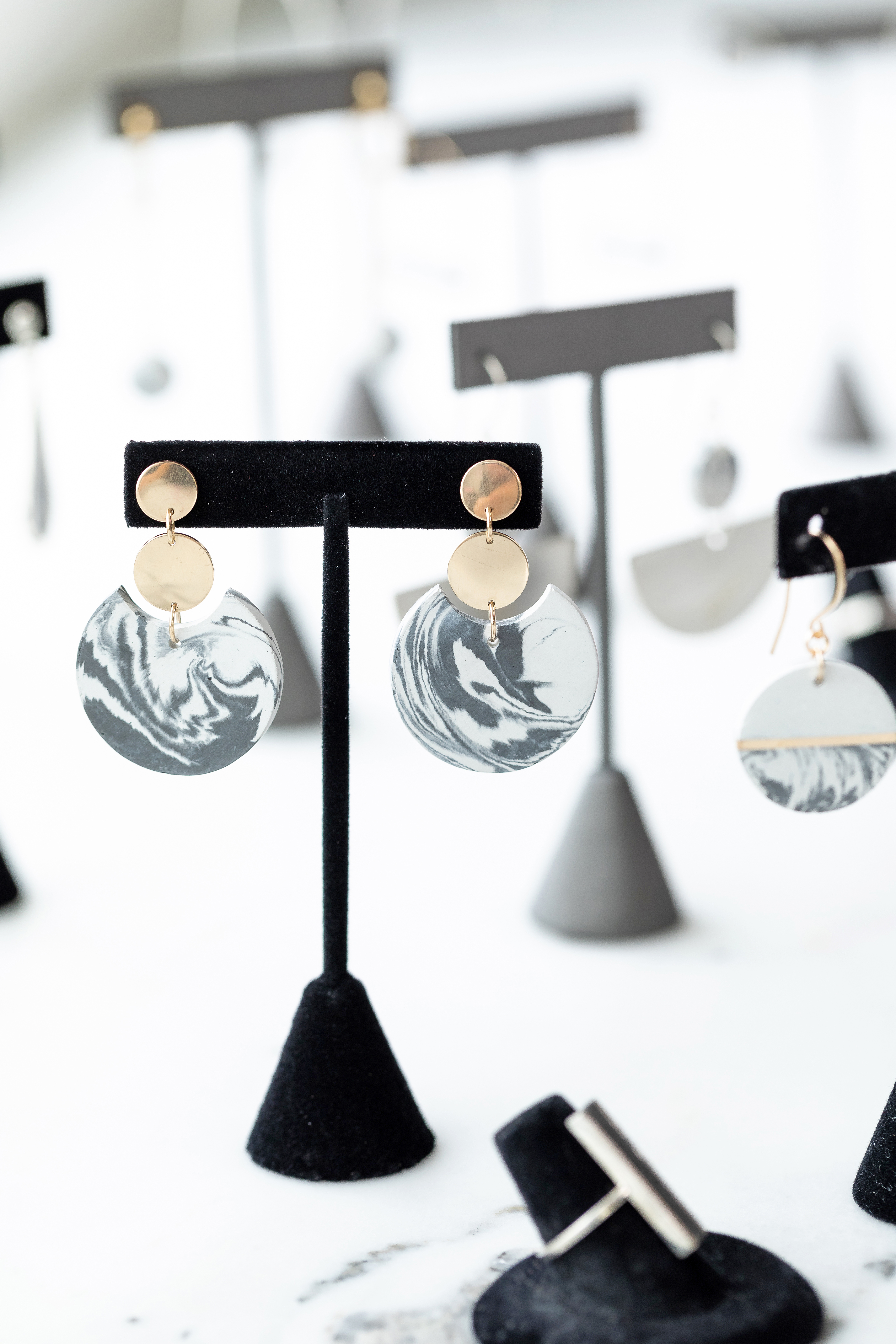 After her mother passed, Martin poured her focus into experimenting with wearable art—first with sandblasting Legos and then evolving into the smooth, nearly monochromatic concrete creations she now designs, molds and finishes by hand in her small studio at N The Art Space.

Through a patient process, Martin makes cement look and feel like modern pearls.

“People think they’ll put it on and sink in water,” she says with a laugh. “They are constantly feeling it and amazed at how light it feels.”

The avid genealogist who practices yoga three times a week feels at times distant from most other makers who can be 30 or 40 years her junior, but she says creativity is a bonding force as much as it is therapeutic. She enjoys selling at local markets, though she’s resisted wholesaling to boutiques.

Her primary colors are white and a deep, dark slate for a reason, not just her love of modern minimalist Danish architecture. Her son Preston is healthy now, the cancer in full remission.

Rich, marbled currents run through her cement earrings, necklaces, cuffs, planters and coasters, too, making each piece a unique mix of dark and light.

“I want everything to look like a natural stone, because nature inspires me the most,” she says.

Martin’s brand is called Firefly, and more than five years in, hers remains a team of one, as an artistic statement, she says, as much as it is a personal search for the light even in darkness.

No matter what, the firefly shines.

“It was a difficult time in my life,” Martin says of Firefly’s beginnings. “So it’s about healing through creativity, really—turning something negative into something beautifully good.”