Star struck: Tabetha Boyajian and her ‘citizen scientists’ take on the great unknown

Space. The mysterious and intriguing reality that connects us all through the simple fact that we are part of it. Since the beginning of time, humans have looked up at the stars and wondered about the great beyond, with ancient speculation slowly moving into the sophisticated science that guides our understanding today. However, despite all that we have come to know, there is still so much that we do not.

“Science works on the frontier between knowledge and ignorance,” states famed astrophysicist Neil deGrasse Tyson. “We’re not afraid to admit what we don’t know. There’s no shame in that. The only shame is to pretend we have all the answers.”

And amidst the discovery of what is being called “the most mysterious star in the universe,” or KIC 8462852, astronomer Tabetha “Tabby” Boyajian, an assistant professor in LSU’s Department of Physics and Astronomy, is working her hardest to keep this simple mantra in the minds of all those who have become captivated by the wild speculation surrounding the star’s irregular behavior.

“Extraordinary claims require extraordinary evidence,” explained Boyajian in a TED Talk, as she faced an outpouring of articles and news coverage that placed an alien megastructure around the star that she and her team have been exploring. “It is my job, my responsibility, as an astronomer to remind people that alien hypotheses should always be a last resort.”

Before invoking an impassioned eye roll at the mere mention of aliens, consider the background and mystery behind this star, or as it has come be known “Tabby’s Star.”

Discovered by “citizen scientists,” or amateur astronomers who sift through the data collected by NASA’s Kepler spacecraft to identify the characteristic patterns of dimming light which denote the passing of a planet in front of a star, this particular star set off red flags because of its irregularity when compared to the data sets of other stars.

For reference, a planet usually causes about a 1% dip in a star’s light curve when it passes between our eyes and the star. However, in the case of Tabby’s Star, citizen scientists noticed exaggerated and prolonged dips in the light curve that deviated from anything they had seen prior. After turning the findings over to the science team, scientists were at a loss for an explanation of what could be the cause for the nearly 20% dip in the star’s light curve.

After cycling through a variety of hypotheses, ranging from dust to comets to planetary collisions, one of Boyajian’s colleagues introduced the idea of alien life to the conversation, if it hadn’t already been in the back of people’s minds.

“The abnormalities of the star give way to interesting possibilities,” says Boyajian. “The alien hypothesis was one of the many bad ideas we have had throughout the process. Hypotheses like that should always be hypotheses of last resort.”

And while the data recorded by Kepler could not necessarily rule out the possibility of an extraterrestrial explanation, when the ship’s mission moved on from the star after four years, the citizen scientists, as well as their trained counterparts, were not ready to give up the search for answers. Boyajian and her team took to the Internet to find potential backers that could help continue their research. After launching a Kickstarter campaign in May of 2016, the group gained more than 1,000 backers, earning more than $100,000, an accomplishment that speaks to the curiosity of individuals around the world.

“We had amateur astronomers and other resources monitoring the star from the ground, and we were hoping to catch the dimming in action,” says Boyajian. “In May of 2017 we finally caught the star’s brightness dropping and took a whole bunch of data, which we published in a paper in January. In these findings, we observed different colors of light, with it showing deeper in blue light than in red.”

What does this mean? Well, Boyajian explains that this finding likely rules out the possibility any sort of alien megastructure as the cause because not all light is blocked out. Or, in other words, whatever is between our eyes and the star is not opaque. However, despite ruling out extraterrestrials, Boyajian and her team are ever more motivated as they move closer to identifying the real cause.

“I am really looking forward to us finding more of these stars and creating a larger data pool,” says Boyajian. “I think this whole journey has been an exercise in how to find things you weren’t looking for. I hope that, in the future, this helps us prepare for even more discovery of the unknown.”

To learn more about Tabby’s Star, and to join the exploratory effort, visit wherestheflux.com. 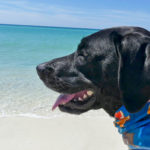 Dog Days of Summer: Lovable local pups that stand out 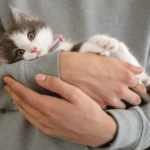 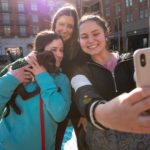 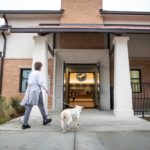