In our July issue, we featured tons of precious pups sent to us by readers as part of our Dog Days of Summer contest. Naturally, they got us thinking about our own canine companions, the ones who greet us every evening after a day at the inRegister office. Not to be outdone, we decided to give them a share of the spotlight, too.

Just keep scrolling for furry coats and shining noses, courtesy of our staffers:

“Meet Louis, the lovable labradoodle who stole my family’s hearts a year and a half ago. Well known in our neighborhood for his impassioned communications with passersby—and for hopping on his hind feet like a bunny to get attention—he is always up for a game of chase, and his internal clock tells him exactly when it’s time to stare into our souls as a silent plea for his dinner.” – Kelli Bozeman, editor 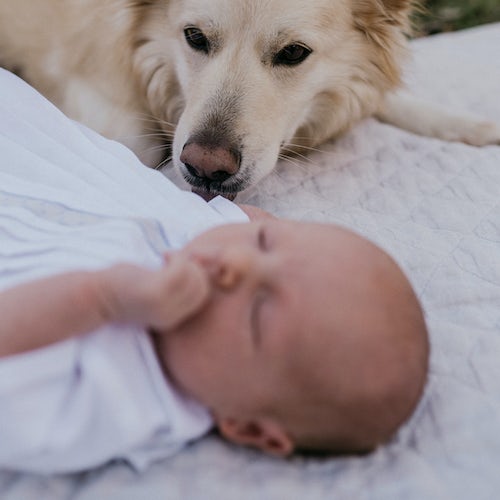 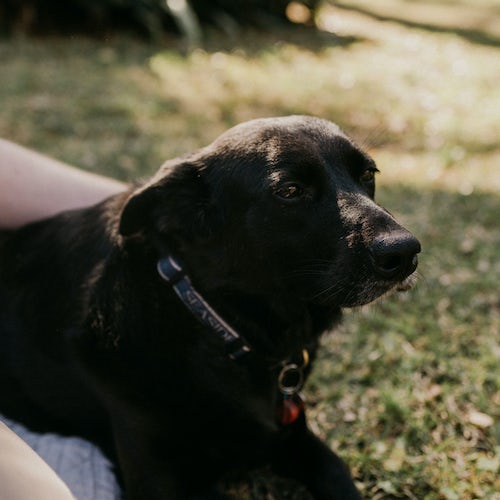 “My husband and I have had Genevieve—we call her Gigi—since we were in college. When our other dog, Finn, passed away during the pandemic, we were worried that she would fall into a depression. My parents have many rescue dogs from Companion Animal Alliance, and Louise and Gigi have always been close pals. We brought Louise over for a sleepover and that turned into us having her as part of our family for nearly a year. Both dogs are in love with their baby brother, Elliot. I can’t imagine life without their tumbleweeds of dog fur in the hall or 5 a.m. bark sessions at early morning walkers. It’s all part of their charm.” – Riley Bienvenu Bourgeois, assistant editor 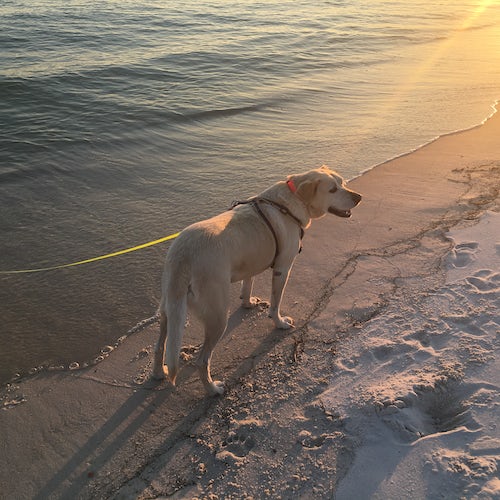 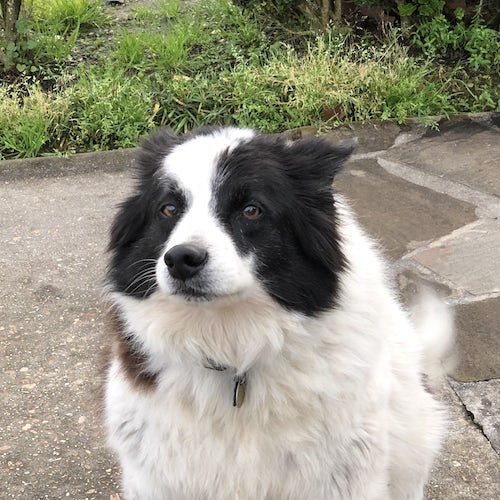 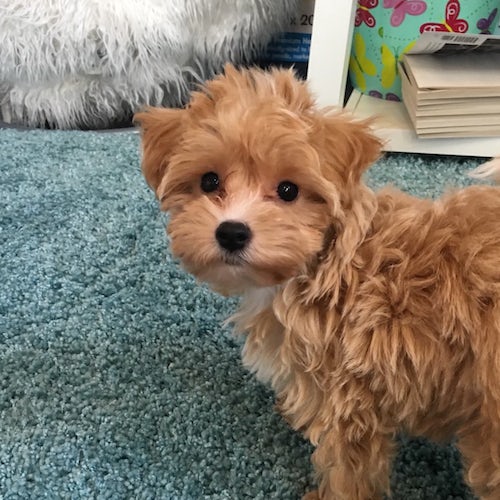 “I don’t think my family ever expected to house this ragtag team of disparate dogs, but now we can’t imagine life without them. We found Bennie, our Lab-ish mutt, wandering some railroad tracks when he was a puppy. Hank, our fluffy border collie, followed soon after. Then came Millie the maltipoo in the summer of 2019, emblematic of the fun-loving, intelligent breed we missed after our last maltipoo, Taffy, passed away earlier that year (mere months before her 17th birthday!). Once she gets her daily couch-to-couch parkour routine out of her system, she’s all snuggles.” – Christina Leo, community editor

“This is my 4-year-old golden retriever, Finn! He LOVES to swim, and his favorite snack is watermelon. Finn has the best personality—he has a constant smile plastered on his face and always has us laughing, from his two-step dancing feet before each meal to his inability to miss out on a hug. Every time we hug, he barks and demands to be included. Life without this boy just wouldn’t be the same.” – Sadie Fury, account executive

“Xena is the definition of a lap dog. She follows me around all day to see what I’m up to and is always whining to be in my lap or my arms. She’s my little buddy! My boyfriend and I also have a German shepherd-golden retriever mix named Jax. He’s the goofiest dog and tries to be a lap dog just like Xena. He’ll do this thing where he jumps up on the couch, sits up like a person would, and slowly falls into you so you’ll give him attention. It’s the cutest!” – Emily Witt, graphic designer

“Milo (our Cavalier King Charles spaniel) and his emojis are the best because of the smiles and happiness they bring to others. You will rarely find Milo strolling through the neighborhood without his emoji in hand—er, being carried in his mouth. He loves posing with his emojis anytime someone has a birthday yard installation, so we saw fit that he should have his own display for his recent 9th birthday. And because his mom is a food blogger, he also enjoyed a dog-friendly emoji cake.” – Aimee Broussard, food writer

“I got Clementine the maltipoo in March, a few months after I had to put my 15 ½-year-old dog, Emma, down. Clementine’s name is a tribute to the two pets I had before her: Chloe, the cat I had growing up, and Emma, my first dog. Clemmie is still a puppy, so she is discovering exciting new things every day, like her reflection in the mirror or the people on TV. She loves any toy that squeaks, and chewing on things around the house that she shouldn’t be. Her energetic puppy personality keeps me entertained daily. I love her so much!” – Brittany Nieto, advertising coordinator

“This is Chloe. She is from Friends of the Animals and is mixed with who knows what!” – James Hume, audience development director and digital manager

“Charlie is the biggest joy! We moved to Colorado seven months ago and he’s been loving it! Instead of chasing squirrels in Louisiana, he’s chasing chipmunks and prairie dogs. We take him on every adventure we do. Life is good for Charlie!” – Melinda Gonzales, graphic designer

“We love our two rescues, Oscar the sweet and docile dachshund and our spunky terrier mix, Cricket. Although they could not be more different from each other, they are inseparable! From long walks around local parks to hikes through the mountains, these pups are always looking for an adventure. They make life so fun!” – Elise Saloom, editorial intern

“I couldn’t resist sending in this shot of your digital media editor, Mark Clements, and his bride Hannah Greenfield, along with their fur babies Griffey and Lil T, who dressed up and stopped by for a photo on this lovely day!” – Mary Beth Clements

“This is Sully. As far as we know, he is part golden retriever, part spaniel and 100% good boy. Don’t let his sad eyes fool you. He just wants a bite of whatever it is you’re eating. He is the best vacuum cleaner to our kids’ messy meal times, and also public enemy #1 to the cats that he lives with. He will pose for tennis balls all day long.” – Kynley Lemoine, account executive

“Tac, my 5-year-old German shepherd, is the best dog ever because he is so laid back and down for any adventure I tell him we are going on! He is always ready to hop in the car or boat and head to the beach, the camp, or the farm in the country!” – Mary Katherine Bernard, account executive for Baton Rouge Business Report