The 1970s gave us plenty of trends to savor as memories: feathered hair, shag carpets, lava lamps … but by the time 40 years have passed, a few updates may be in order. That was the idea behind the renovations to the River Center Performing Arts Theatre, open now for a new spring season of music, drama and more after COVID-related setbacks and Hurricane Ida.

Starting in 2018, the renovations under the management of ASM Global brought on the expertise of project manager Lisa Nice with Post Architects, and Buquet & LeBlanc, who worked together to design and build the enhanced theater space to make it larger and more accessible not just to patrons but to the traveling shows, symphonies and performances the River Center hopes to attract. 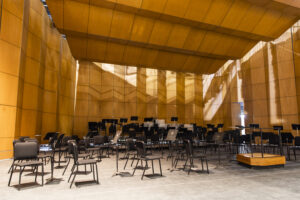 After using an estimated $18 million dollars to complete, the renovated space welcomed musical theater buffs for a performance of Rent in February, showing off its roughly 1,800 new seats—larger and more comfortable than their previous iterations—with more accessibility via center aisles and handicap-friendly entrances and elevators, neither of which were available in the previous space. Private boxes hover along the sides of the sleek wooden eaves, while lights guide the way to a second level of seats for unblocked views. Even performers get wider wings behind the scenes of the stage, more dressing room space, enhanced stage acoustics designed by Damien Job of Grace Hebert Curtis Architects to accommodate the Baton Rouge Symphony Orchestra’s 70-piece ensemble, and an orchestra pit below, where Broadway-style accompaniments can play out of sight to any on-stage shenanigans. 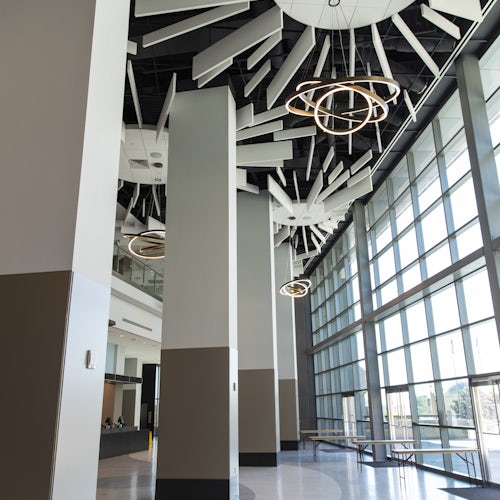 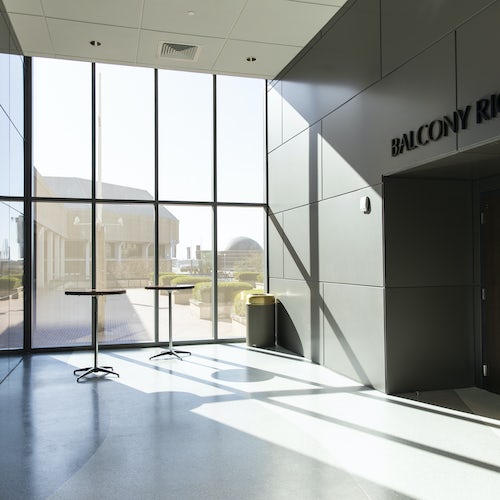 “Eric Marshall, our executive director at the Baton Rouge Symphony, was a professional opera singer and very much understands music,” says Caty Steward, BRSO’s director of patron engagement who led tours of the new theater and lobby on March 10 ahead of the orchestra’s first performance in the renovated space, “Julian Kuerti Conducts Dvořák.” “Those of us who don’t understand the science will just think the music sounds pretty, but the acoustics here were designed to trap the sound and bounce it back so it doesn’t go all the way up to the ceiling, instead pushing it out toward the audience. The theater was specifically designed to help balance the acoustics in the space.”

Baton Rougeans can expect the symphony back in the theater again on April 7 and May 20, along with the Baton Rouge Ballet Theatre’s performance of Rapunzel on March 26-27. 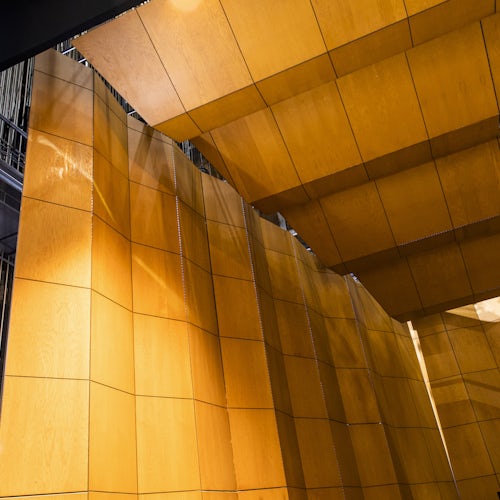 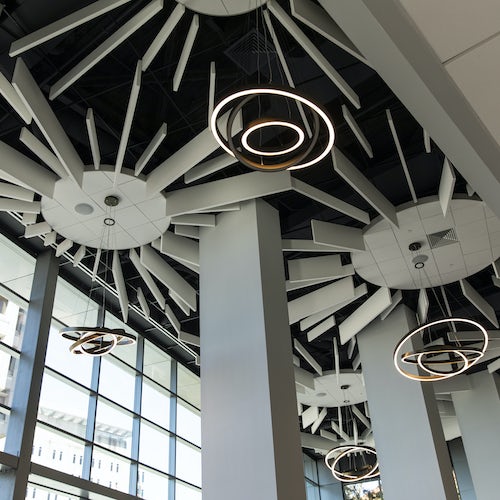 The new lobby space alone should almost be enough to attract even the most sophisticated traveling acts, however, thanks to the tall, airy windows leading out onto views of the river, the Old State Capitol and Repentance Park, as well as a single-level courtyard space for mingling or waiting for the inevitable stragglers of your party. A St. Louis street drop-off area near the loading dock will also allow for easier accessibility to the theater (large trailers unloading set pieces for theater productions will likewise find plenty of room). A larger concession area with a restaurant-like capacity for more food and less crowding give the impression that the space is even larger than it is, thanks also to the high ceilings and light fixtures reminiscent of starbursts overhead.

“These updates in general will allow us not just to host our local performing arts again,” says Steward, “but larger productions from around the country, too.”

For more info on what shows to expect in the new theater this spring, check out raisingcanesrivercenter.com, brso.org, and batonrougeballet.org.