Whenever possible, Brooksher (third from left) and the Nourish team take classes outside to picturesque local spaces like the LSU Hilltop Arboretum in order to both engage children and add another healing element to sessions. Pictured here are moms (from left) Carol Ann Savoie, Tram Luu, Stephanie Jordan, Ashly Tschirky and Sarah Mayo. Photos by Joey Bordelon

Mauree Brooksher’s mother was one of 10 children. Back then, close-knit communities filled with large families and stay-at-home caregivers were standard. Those were the days of the so-called “village,” with mothers working together to care for one another and their families. And while this sentiment still exists today, a majority of it has moved online. Blogs, forums, Instagram accounts and more serve to create a semblance of the community that once existed right outside one’s front door. However, as months of quarantine and social distancing have shown, there is no substitute for physically coming together.

“Now, most new moms are in their first homes and they don’t walk out of the door and have other moms to talk to and connect with,” explains Brooksher. “It’s my goal to create that space for moms because it really is so important.”

For 10 years, Brooksher has worked toward this purpose, despite stumbling upon it somewhat incidentally following the birth of her first son, Christopher. A few months after his birth, Brooksher took the advice of a friend and signed up for the mom-focused exercise program Baby Boot Camp. After one class, the group’s owner asked if she would be interested in taking over the franchise. Despite no background as a fitness instructor, Brooksher decided to take the plunge.

More recently, she has gone out on her own, establishing her new company, Nourish Wellness, with a more holistic approach in mind. Rather than just focusing on workouts and weight loss, the Nourish program uses pre- and postnatal fitness as the means to address the unique and often overlooked obstacles of motherhood, ranging from mental health to physical changes to childhood development, all while establishing a community of support.

“There’s this gap in care for women,” Brooksher says, noting that she often brings in outside experts to address topics like calorie counting and the impact of social media. “A newborn goes for six well checks in a year, but a mother goes for only one at about six weeks postpartum. It’s such a vulnerable time, and moms go through so many changes but are likely to just say ‘I’m good’ at that appointment. My dream is to bridge that gap.”

In her newly opened Perkins Road office space, Brooksher meets with moms one on one to discuss individual fitness goals, as no delivery or body is the same. She and her seven instructors, each of whom are also mothers, stress the importance of understanding and working with the physical changes that follow pregnancy and delivery. Offering helpful modifications and focusing on form allows the team to prioritize wellness and minimize injury.

“The fact of the matter is that you can’t have your pre-baby body back. You have just done something miraculous,” Brooksher explains. “I want to help you find a new love for your postpartum body because it’s not all about losing that five pounds. I want you to feel good. When you feel good, you glow.”

One way Nourish works to make moms feel their best is by eliminating the mom guilt that comes with dropping a child off in order to fit in an hour-long workout. With classes taught in scenic local spaces like the LSU Hilltop Arboretum, Nourish’s high- and low-impact classes, as well as its running group, are tailored to both moms and children. While moms utilize strollers for different exercises, children are engaged too, thanks to Brooksher’s background in early childhood development.

“We read stories, blow bubbles and listen to kid-friendly songs,” explains instructor and fellow mom Megan Moses, who has been part of Brooksher’s team since 2013. “The whole idea is that moms can do something for themselves without having to leave their kids.”

For many moms who are new to the area or new to motherhood, the classes serve as an ideal way to connect. While kids play together either after workout sessions or at a monthly playgroup, moms share stories, advice and experiences. It isn’t all surface-level parenting advice, though. Over the years, Nourish members have come together to support fellow mothers through triumphs like new babies and successful adoptions, as well as struggles including miscarriages, infertility and infant loss. “Being healthy isn’t just about the exercise you’re doing,” explains Brooksher. “When you have love and support, you come out stronger. We’re all stronger together.”

Mother of three Stephanie Jordan has seen this firsthand. Following a move to Baton Rouge and the birth of her first daughter in 2017, she joined Nourish on a whim after seeing a Facebook post. “When I signed up, I had no intention of doing it past the advertised free week,” she says with a laugh.

But after a few more sessions and a conversation with Brooksher, Jordan says she couldn’t help but commit. “No one tells you how isolating motherhood can be,” Jordan notes. “It was really nice being with other moms who understood what I was going through.”

Over her three years with the program, Jordan has leaned on the group for support following personal tragedies from a car wreck to the loss of a child. “My husband has joked that he would pay whatever it costs because it has been such an amazing support system,” she says. “They have gone above and beyond to be there for us through everything.”

Looking back on 10 years encouraging and supporting women throughout the Baton Rouge area, Brooksher says she’s constantly in awe of the strength of the moms she works with, as well as her team’s ability to grow and adapt to any challenges thrown at them. Whether moving to a virtual format or expanding to offer new services like mat-based Pilates and physical therapy consultations, each program change and advancement is made to meet the needs of the community Brooksher takes so much pride in having established, and which she plans to continue expanding.

“After I had kids, I was terrified to drive because of all the danger I saw around me,” she recalls. “But I finally got to a point where I said, ‘I’m scared as hell but I’m doing it anyway.’ I want to encourage other moms to have that same attitude. It can be hard to get going again, but in the end, putting yourself out there is worth it. Finding that community can make all the difference.”

This article originally appeared in the January 2021 issue of inRegister. 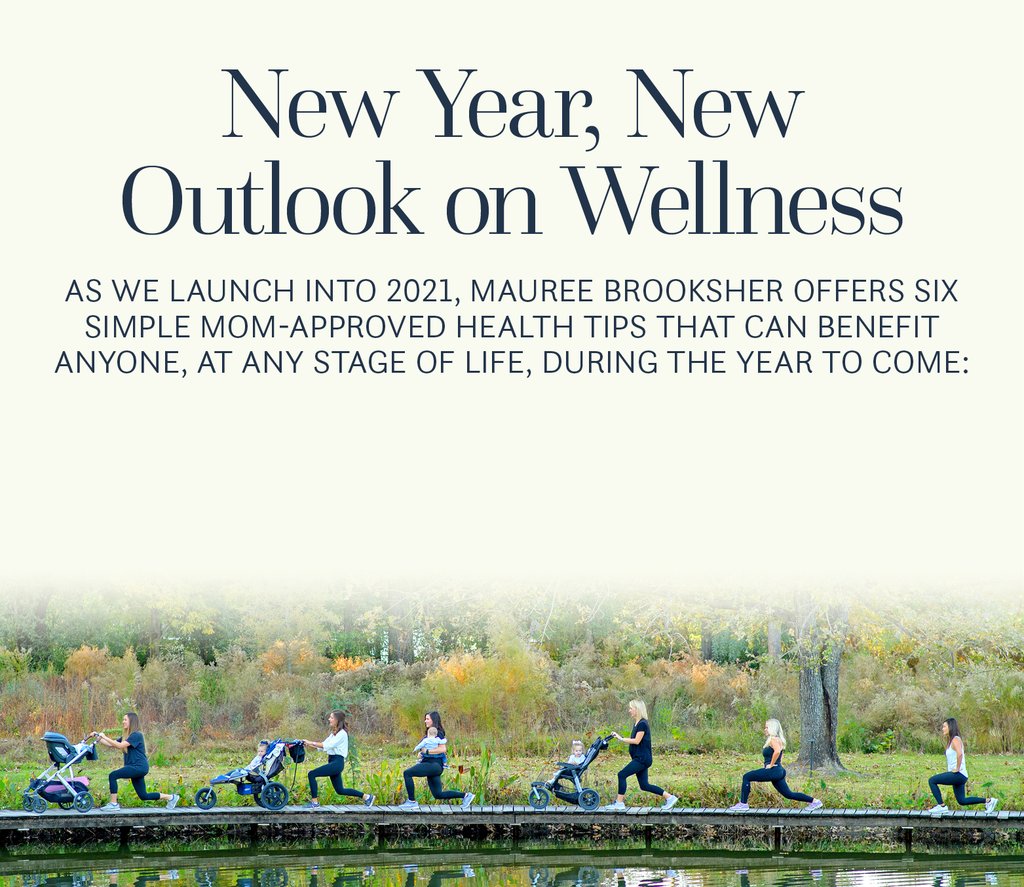