Wooden toys like those made by Melissa & Doug are among Kelli DeLarue’s go-to items for her son Henry. “Kids are looking for ways to imitate real life,” she explains. Photos by Ariana Allison

Wooden fruit. A miniature kitchen. Brightly colored blocks. These are the tools of childhood, and they fill the cubbies, bins and walls of 2-year-old Henry DeLarue’s playroom. Much like those of adults, Henry’s tools are organized—you won’t find an overflowing toy chest in his playroom. And it’s all by design, aimed at helping Henry learn and explore in the most constructive way possible.

“Play has become so watered down,” mom and former preschool teacher Kelli DeLarue notes. “Mr. Rogers said, ‘Play gives children a chance to practice what they are learning,’ and it really is true. Play is the work of children. It’s how they interact with the world around them, and it doesn’t have to be complicated.”

DeLarue studied early childhood education at LSU and brought those principles into her classroom for years, and later into her own home with her son Henry. But her latest mission is to bring the methods that have fostered successful play for her students and son into the homes of others through her playroom organization and design business Learn to Play.

Launching officially in July, she has already taken on projects ranging from the overflowing playroom of three siblings aged between 9 and 3 to the waiting-to-be-filled space of a 4-month-old baby. 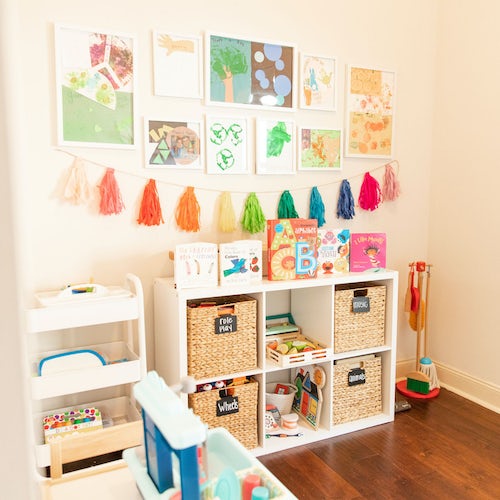 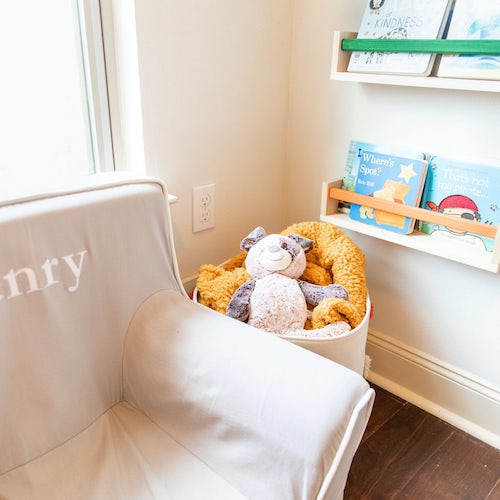 “I really see it all,” she says. “But all the parents have the same thing in common, and that’s that they want the best space for their kids.”

She spends her days coming up with organizational plans that cover everything from where the play mat will sit to what each basket will contain, in addition to teaching parents what toys to choose when shopping and which to skip. It’s a science that speaks to all that goes into play, with a “less is more” attitude defining DeLarue’s spaces. Weekly toy rotations are staples in her designs; she emphasizes that as few as 10 toys—notably open-ended, non-battery-powered varieties—are all a child needs at any given time.

“Incorporating toys that focus on different skills allows kids to learn in different ways, and limiting how many toys they have at once lets them focus,” she explains.

The physical design of the playroom is just the beginning, though. As DeLarue notes, it’s all about what happens in the space, both for the kids and the parents.

“I emphasize to parents that what’s really important is just being present,” she says. “Narrate what they’re doing. Leave your phone in the other room, and just spend time with them. It makes all the difference when you take the time to play with your child.”