Though the shopping itself will be online and casual—no shoes, no problem!—Hollydays chair Erin Nugent (left) and committee members Cammy McGehee, Alana Haynie and Candace Lowe are prepping for special in-person events including a gala dinner at Long-View, this lakeside residence that was once home to former Governor Earl K. Long. Photo by Sean Gasser

In Baton Rouge, there are certain special events that give you a yearning for the season next to come. The first LSU game gives you a craving for the freshness of fall—even though temperatures are likely still pushing 100 degrees. The year’s first crawfish boil makes you wish Louisiana had a real spring and not just two indistinct periods of “hot” and “not so hot.” In years gone by, Bayou Country Superfest would ring in the summer season. And, well, when the Junior League of Baton Rouge’s Hollydays comes around, you’d better start preparing for eggnog and jingle bells.

Though it’s possible that we’ll see some changes to these events in the seasons to come, the excitement that they bring will live on no matter the circumstances. In the spirit of adapting with the times, Hollydays has transitioned its shopping experience this year to be totally online—a vast departure from the usual hustle and bustle of the holiday market.

“I think shopping online is something that has become second nature to most people, so it’s a pretty intuitive transition,” explains Erin Nugent, this year’s Hollydays chair. “Hollydays has been around for years and years, and I think people have come to expect it as sort of a kickoff to the holiday season. So we felt an obligation to give that to our shoppers. We have a really loyal fan base, so we wanted to continue the tradition.”

Transitioning to an online shopping experience has afforded Hollydays an opportunity to shake up its merchant assortment. This year, the market—which will be held October 9 to 18—will be an almost even mix of local merchants and new merchants that are either based out of town or don’t have the capability to participate in a demanding traditional market.

“Going into this, we had the mindset that we wanted this to be mutually beneficial for everyone involved,” says Nugent. “We of course want to raise money for the Junior League to support our community projects, and we also want to give the vendors a space to sell their merchandise at a very affordable cost. So, at the end of the day, it’s really not just a shopping market. This supports these vendors’ livelihoods, and all the money we raise goes to support the grants and everything the league does for the community.”

But there’s more to Hollydays than just the market. “Hollydays is a very dynamic, multifaceted fundraiser. There’s the market, silent auction and raffle, and there’s also a huge promotional component,” Nugent says.

Thank goodness there aren’t any travel bans from the North Pole. Jolly old Saint Nick will be at Victoria’s Toy Station on October 17 for one of Hollydays’ two in-person events this year, “Saturday with Santa,” sponsored by Raising Cane’s. Though there may not be any sitting on Santa’s lap this year, there will be no shortage of socially distant holiday cheer.

The final shining touch of Hollydays is the “A Night of Giving” gala, sponsored by Lee Michaels and set for October 15. This seated outdoor dinner event at Long-View, the former home of Governor Earl K. Long, will feature a four-course meal catered by Beausoleil, with wine provided by Stab’s Prime Steak & Seafood, cocktails by Hayride Scandal, and even adult snowballs from Ninja Snowballs. A silent auction will take place in conjunction with the gala.

From creating a brand-new website and shopping experience to planning an auction and gala, Hollydays has been no small feat for Nugent and her 58-person committee. “We just hope people will shop online and engage with the platform,” she says. “We really want to bring some sort of bright light and positivity to an otherwise potentially very dull fall.” 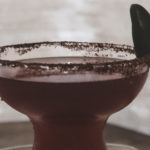 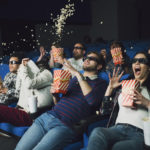 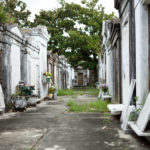 Lights in the night: Creole Allhallowtide traditions have long honored the dead 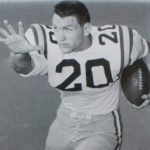