Under stadium lights on a fall Friday night, the suited-up players aren’t the only ones taking the field. Standing close behind are athletic trainers and physicians. And while they won’t be calling any plays or carrying the ball down the field, they form a crucial part of the team. Without them, the tackles, sacks, runs and slides that characterize football could spell disaster for the players who put themselves in the line of fire in the pursuit of victory, glory and a future in the sport.

“Injuries are going to happen,” explains Dr. Carey Winder, a sports medicine specialist with the Baton Rouge Orthopaedic Clinic. “That’s just the nature of sports. The trainers on the field are the first responders. They ensure the care the players receive is coordinated and efficient.”

However, with dozens of athletes on each high school team, the job is a big one and an expensive one. The doctors of BROC have maintained close ties with schools and teams throughout the Baton Rouge area over the years. When they were made aware that some schools had only one or no athletic trainers on their staff, they decided they had to come up with a solution.

“We are out there at the games every week,” says Winder, noting that the doctors volunteer on the sidelines of teams like St. Amant High School and Denham Springs High School to help with athlete care. “But when some of the schools told us that they were understaffed, we decided we needed to help provide trainers and better resources.”

Founding the BROC Foundation in 2013, the doctors’ main goal was to give the hundreds of youth athletes in Baton Rouge and beyond access to top-notch care and coverage, both on and off the field.

“The physicians wanted to focus on giving back to the community and putting their money somewhere positive,” explains Deanna Melancon, BROC’s manager of athletic training outreach services. “Having these trainers out there lets them have a hand in the care of these athletes outside of the office, and that can be invaluable.”

When an athlete comes into the BROC office on a regular day or during one of the Friday-night Football Clinics—which were established around 30 years ago to offer players more immediate care—they are often fuzzy on the details of the situation that landed them there. An athletic trainer offers an informed perspective that gives the doctor valuable insight. This allows for more productive and tailored care, resulting in a faster recovery and return to the field.

“ATs are the eyes and ears for physicians on the field,” notes Melancon. “They help paint a better picture of what happened so the athlete can receive the best care possible.”

The BROC Foundation provides donations to schools to help pay full-time athletic trainers, but also provides a vital connection, linking skilled trainers with the schools who need them, in addition to working with other resources like physical therapy groups and emergency responders. This network, according to Melancon, is essential in delivering care that is as effective as it is efficient.

“The idea is to put our resources into something much bigger,” she says. “We want to bring the best practices to these athletes.”

However, the foundation is not just concerned with students who are athletically gifted. The group also works to cultivate an interest in athletic training and care in the younger generation.

“We help to offer full student education programs in high school,” notes Melancon. “This field has a unique ability to pull skills out of kids. When you find your niche, it’s amazing the personal growth that happens.”

That growth is something that continues to inspire Winder, who was initially drawn to orthopedics because of his own experience as an athlete. “It’s the things like character building that make sports so important,” he says. “It’s amazing to be a part of that in some way. Being able to help players restore function and get back on the field—there is just so much gratification there.”

On November 2, the BROC Foundation will host its first-ever event, “BROC, Rock and Wine.” The event—which will feature live music, wine tastings and more—aims to raise funds for the expansion of the foundation’s programs to other schools throughout the state.

“The foundation is just an extension of what we do as a group,” explains Winder. “Everyone has kids and lots of them play sports, making them inevitably exposed to injury. We need the community to help us raise funds so we can continue offering resources and protection to these kids, and to grow the program even more.”

Find tickets and more information about the event at brortho.com/broc-rock-wine. 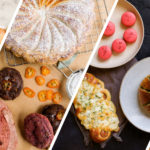 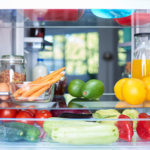 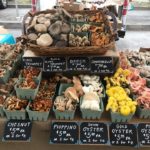 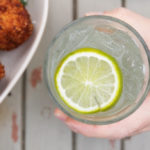