The Creatives: Artist and designer Madeline Barber of Panic Pillow

Pick a national headline, any headline, and artist Madeline Barber’s approach to creating quirky but uncompromising pieces of pessimism comes into sharp focus.

“I guess this is the right time for that slightly pessimistic vibe,” says the 26-year-old. “It’s just being honest about my feelings.”

If emotional integrity fuels Barber’s new lifestyle brand Panic Pillow, it fittingly arrived when she shared her initial concepts with her therapist, who recognized them as breakthroughs in multiple ways. 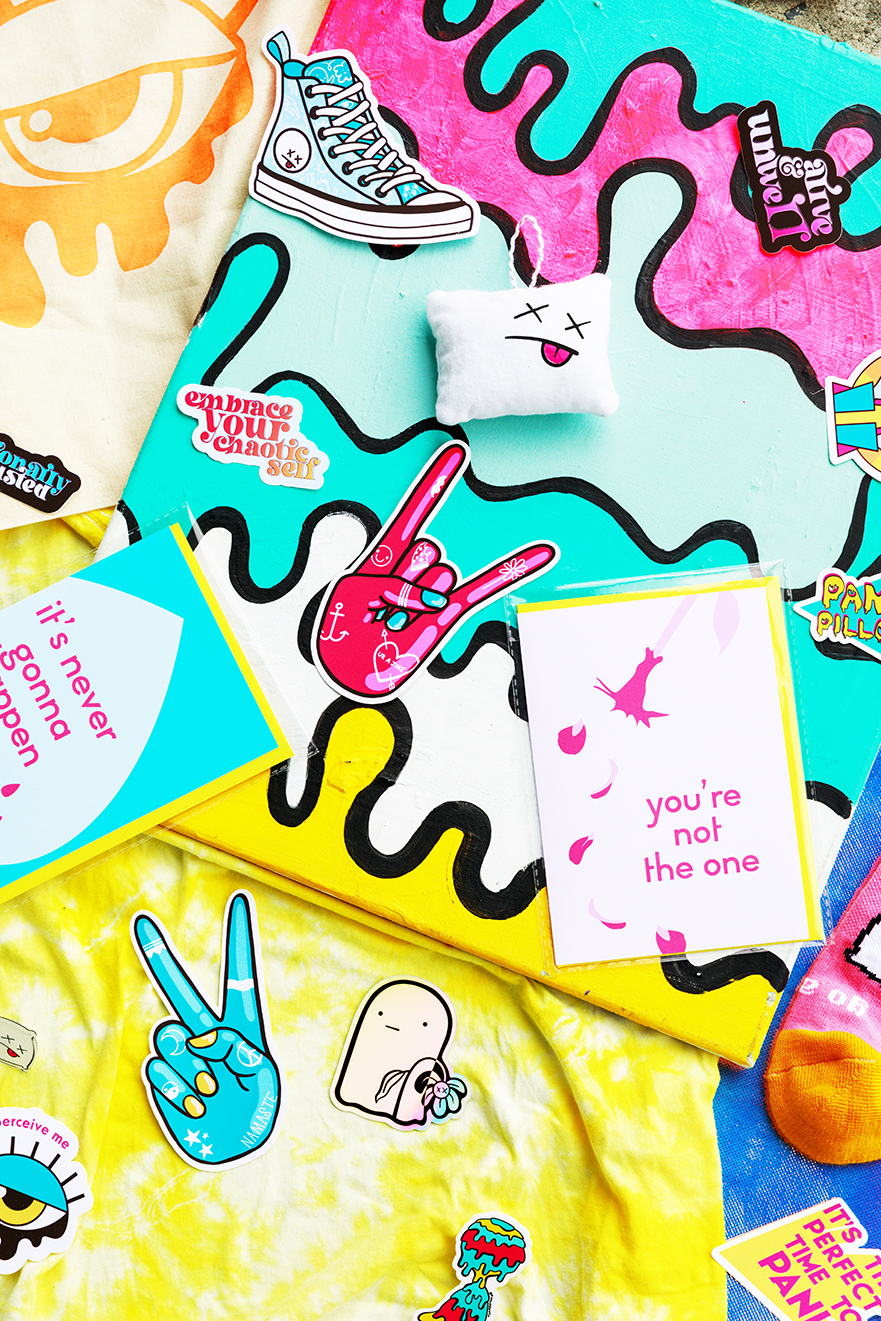 “I’m somebody who complains to get through it,” says the Baton Rouge native who studied art at Virginia Commonwealth University in Richmond before returning home to illustrate children’s books, and teach and create murals at Knock Knock Children’s Museum. “It allows me to wrap my brain around the problem so I can work through it. Art is a place for that, for processing things.”

Most people who see her products at markets think they’re either hilarious or the most nihilistic designs they’ve ever seen. There is little in between. It’s a bold message now for an artist that spent so much time second-guessing her own work.

Panic Pillow, and its slate of cards, clothing and ephemera, changed that. “It’s given me the freedom to say and do what I want to say and do,” she says. “Although there’s been some backlash.”

Barber is referring to the middle finger. Specifically, her middle finger sticker, and her parents’ vocal dislike of it. “But I’ll take that over being scared about every single thing I create,” she says.

Aesthetically inspired by ’80s B-movies and ’90s cartoons, Barber’s palette is all summery sorbet colors, bubbly lines and amplified angles. Oh, and a lot of things are melting. A visual pun on having a meltdown.

Whether it’s her “Screaming Internally” hoodie, “Partying at Rock Bottom” sticker, or lovably “Dead Inside” ghost that pops up everywhere, Panic Pillow is Barber’s therapy. Launching the brand came at her own personal crossroads where burnout was melting her down, the artist says. Instead of ignoring it, she chose honesty and creativity.

“Burnout happens—let it,” Barber says. “Accept that it is a part of the process, but only part of it.”