"A Very Uptown Lunch in the Fall," from "The Art of the Host" by Alex Hitz. Rizzoli. Photo by Iain Bagwell.

Spice up your celebrations this season with fresh new cooking and entertaining titles by Southern authors and experts. In preparation for all the parties to come over the next few months, we’re highlighting a few of the most interesting and informative books for hosts. Whether you’re welcoming hundreds of guests to a lavish gala or just having the in-laws over for brunch, these tomes promise ideas and recipes for making each moment memorable. 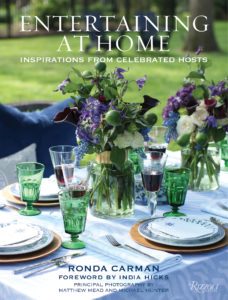 A lunch at Lynn Wyatt’s Texas ranch, a French-inspired feast at Suzanne Kasler’s home in Atlanta, and multiple meals with well-known New Orleans hosts are among the gatherings collected in this book, which, as author Ronda Carman notes, “is not meant to be a volume on how to entertain properly, but rather a glimpse of real people at home nurturing friends and family.” Beloved recipes and party tips round out the revelry. 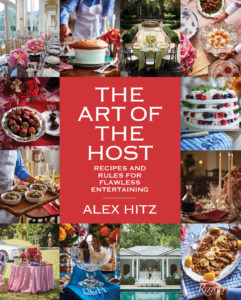 The Art of the Host

The Wall Street Journal called Atlanta-based chef and socialite Alex Hitz “the very best host in the world,” and here he proves his prowess with a dozen curated menus that combine his Southern sensibilities with his Le Cordon Bleu training. He also shares the lessons he’s learned in a lifetime of welcoming guests into his home. “Anything you do must be done with style,” he writes. “Make it look easy even if it’s not.” 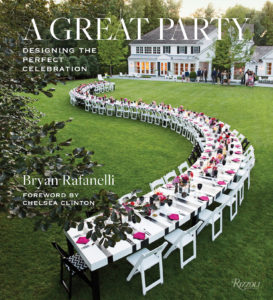 With an event-design resume that includes Chelsea Clinton’s wedding and multiple soirees at the White House, Bryan Rafanelli is practically the president of the party-planning world. These pages put the focus on his penchant for making bold statements, like he did at the first open-air state dinner in the Rose Garden or a masquerade-themed wedding at Manhattan’s Frick Collection museum. Even amidst all this high drama, there’s plenty of inspiration to pull for more low-key affairs. 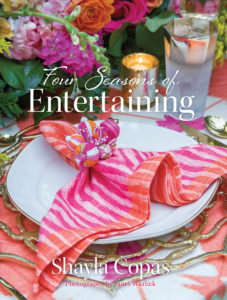 “Southern glam” is the name of the game for Arkansas designer Shayla Copas, who doesn’t shy away from glitz when planning a party. Copas shares inspiration and recipes from happenings ranging from a Cinco de Mayo party and a seersucker social to an autumn cabin dinner and a New Year’s Eve bash. No matter the time of year, color and pattern are always part of the mix. “Entertaining has always been a part of my life, soul and purpose,” she writes. 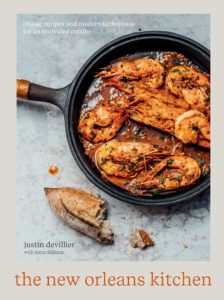 A few worn copies of Paul Prudhomme cookbooks helped inspire a culinary career for Justin Devillier, chef/owner of La Petite Grocery. Today, the James Beard Award winner embraces the south Louisiana food culture’s way of embracing classic techniques while being open to improvisation. Here he shares recipes for many of the restaurant’s signature dishes, from Abita Root Beer-Braised Short Ribs to Blue Crab Beignets, within a framework designed to help home cooks elevate their own technique. 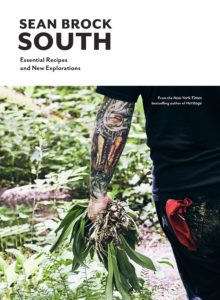 His Husk restaurants are located in quintessentially Southern cities—Savannah, Charleston, Nashville—and his first book, Heritage, won the James Beard Award for best American cookbook. Now Sean Brock is back to reaffirm what makes Southern cuisine so darn good and how to carry on that legacy at home. “I hope that someday I will be remembered,” Brock writes in the introduction to his 125-plus recipes, “for helping people everywhere understand that Southern food should be considered among the most revered cuisines of the world.” 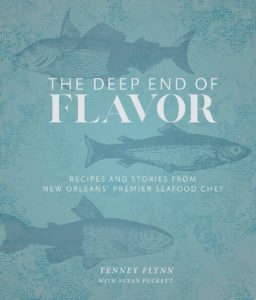 The Deep End of Flavor

New Orleans chef Tenney Flynn is as likely to be found holding a spear far below the surface of the Gulf of Mexico as holding a paring knife in the kitchen of GW Fins, the restaurant he co-owns. Flynn’s purist passion for seafood shines through in his book, which features more than 100 recipes adapted for the home kitchen. Chapters cover preparations from raw to poached to en papillote, plus the perfect sides—GW Fins’ homemade biscuit recipe, anyone?—and drinks to serve alongside each fresh catch. 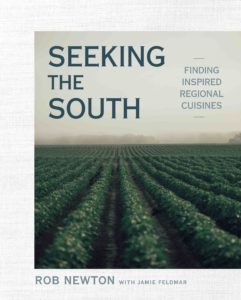 Arkansas native Rob Newton ran multiple restaurants in New York City before becoming executive chef at Nashville’s Gray & Dudley. His new book, billed as part travelogue and part cooking guide, highlights the unique combinations of flavors and cultures found in five distinct regions of the South, from a Vietnamese coffee Bundt cake in the Gulf Coast chapter to a coastal Carolina “seafood muddle.” At each crossroads is an unexpected take on the familiar. 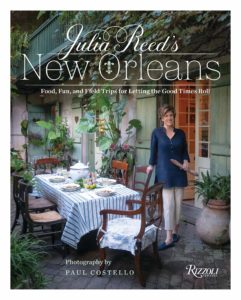 As known for her parties as she is for her prose, Mississippi Delta native Julia Reed shares a love song to her adopted hometown through a series of celebrations complete with original recipes. A springtime outdoor affair serves up strawberry basil mojitos and a crawfish-andouille tart; a Christmas Eve reveillon dinner evokes the flavors of 19th-century New Orleans. Along the way, Reed gives readers a taste of her colorful storytelling that will leave them hungry for more. 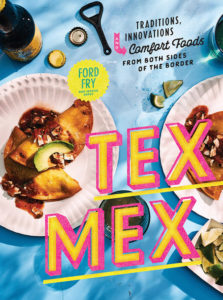 It’s an embarrassment of riches: in addition to our own one-of-a-kind cuisine, Louisianans benefit greatly from our proximity to the Lone Star State and its tasty Tex-Mex dishes. We know the joys of seeing tortillas rolled by hand and sipping margaritas at sunset. And now it’s time to take that pasíon to the next level with Texas-native chef and restaurateur Ford Fry’s collection of cantina-approved recipes. “I love Tex-Mex for its rich simplicity,” Fry explains. “It doesn’t require skill as much as it demands soul.”