A day at the races: A family tradition continues at the 2021 Kentucky Derby

Although familiar in these parts, the standout colors of LSU’s purple and gold on Bill, Andy, Jacob and Pete Bush (left to right) made a noticeable splash at this year’s Derby. Photos courtesy Bill Bush

We all remember the day in 2020 when the world seemed to stop, with not even 120 seconds spared for “The Most Exciting Two Minutes in Sports” once the first Saturday in May rolled around—the first interruption of the Kentucky Derby in 144 years. For the Louisville-born and Baton Rouge-bred Bush brothers, the rescheduled, crowdless race held in the fall of last year was a near-personal affront, leaving them not only unable to visit their father who still lives in the city, but unable to take part in the dress and decadence of what had become something of a family tradition over the years.

In 2021, though, Pete, Andy and Bill Bush, along with Pete’s son Jacob, wanted the world to see that they were making up for lost time. Photographers from media outlets all over the country noticed too, all thanks to a coordinated fashion moment that brought a little taste of Tiger to the horse races.

“Attendance was capped at 40%, but even though there were fewer people there, I don’t think it really depressed the mood at all,” says Bill. “A lot of people don’t realize that there are actually several races taking place throughout the day, for example, so the atmosphere is similar to an LSU tailgate, with a continual buildup of anticipation for the big race. People are dressed up like Mardi Gras—it’s a big party, for sure.”

And no one takes a party more seriously than Louisianans. Decked in purple checked sport coats Bill found online, yellow ties, purple Nike sneakers and purple-and-gold-banded fedoras they crafted themselves, the Bush family stood out like a sprig of mint in a julep glass—traditional and refreshing all at once. 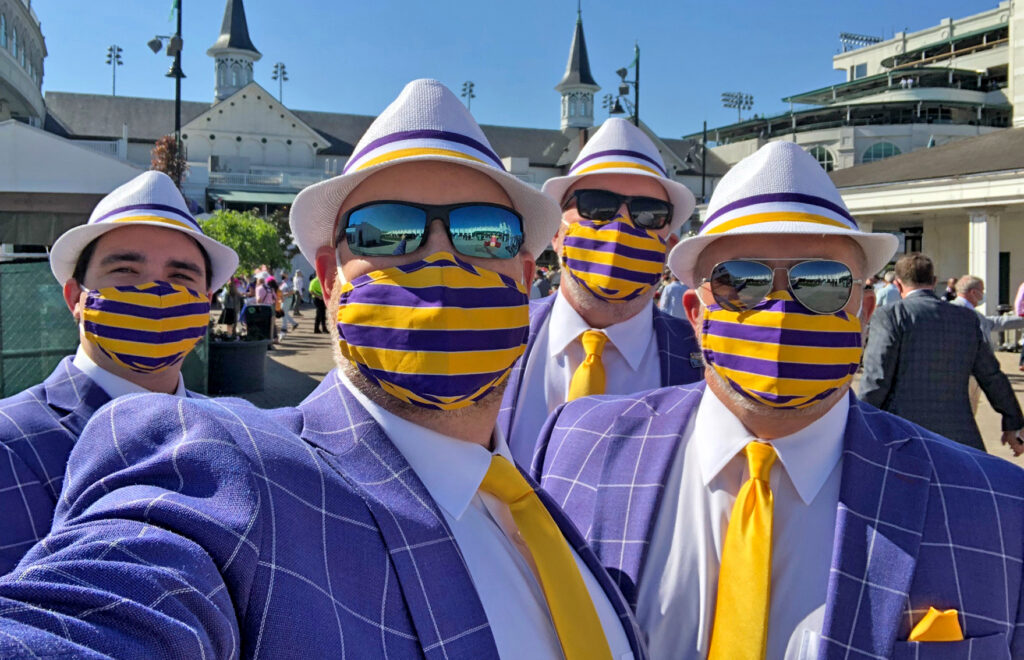 “It was really fun to have a lot of people notice us and recognize the LSU colors,” says Andy. “People would come up and ask for photos, including a retired University of Kentucky football player, Ron Mack, who distinctly remembered the games he played in Tiger Stadium. The outfits just turned out to be a great way to start conversations and meet new people you wouldn’t have otherwise.”

Not that dressing to the nines is the only way to celebrate a good time in Louisville. After a year of limiting themselves to takeout dining and digital gatherings, the brothers note that social life in Kentucky seems to finally be making its way back to normal.

“Sometimes you can double the places you visit by flying into Nashville and driving up to Louisville—we’ve done that before, especially during Derby season when it’s almost impossible to find a direct flight,” says Bill. “Of course there are a bunch of famous whiskey distilleries you can tour, and historic hotels that date back to the late 1800s. One seafood restaurant we always visit, Mike Linnig’s, has been in business since 1925.” 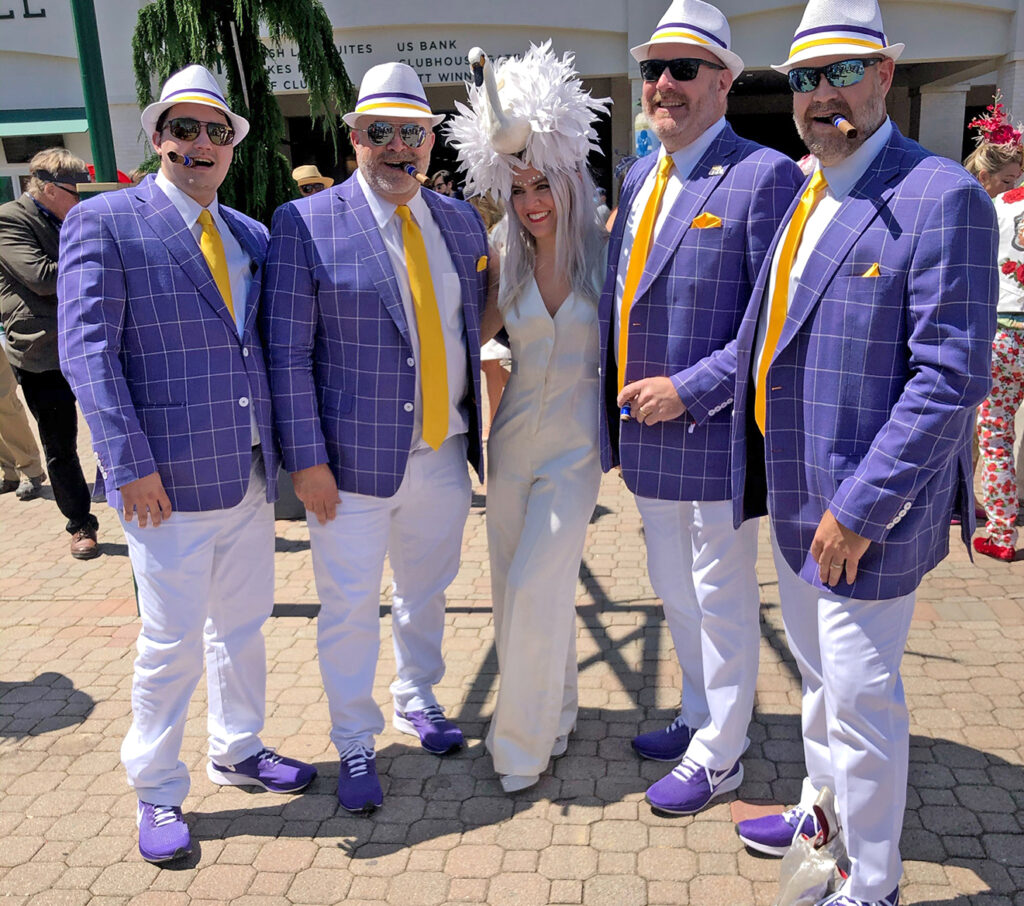 The Kentucky Derby season also means opportunities to visit the stables where some of the prize contenders are sheltered and bred, as well as the chance to pop into restaurants with special menus for the week of the races.

“Maybe these outfits have helped us start a whole new tradition, who knows?” says Bill. “It certainly did make the trip extra fun, and we can’t wait for next year.”