Passing the baton: The Capital City’s 2019-20 cultural season will be marked by firsts and lasts

After 20 seasons as music director and conductor, Timothy Muffitt (pictured above) will step down next spring, but not before leading another exciting lineup of concerts. The BRSO season begins with a show featuring Tchaikovsky’s Violin Concerto and Respighi’s Pines of Rome Sept. 26. It’s Bachtoberfest time on Oct. 24, with the symphony’s string stars leading a concert at the Capitol Park Museum. The sounds of space will fill the air during Sci-Fi: Music of the Final Frontier on Nov. 21, followed by two Yuletide favorites—Home for the Holidays on Dec. 8 and Holiday Brass Dec. 19 and 22. Break out the party hats for the Mozart Birthday Bash Jan. 23, then settle in for an intimate performance of the BRSO Chamber Players Feb. 13. Grammy-winning cellist Zuill Bailey will join the orchestra March 19 to perform Brahms’ Fourth Symphony. The season concludes  with a triumphant show of Beethoven’s Ninth on April 24, followed by a gala celebrating Muffitt’s contributions to the city’s cultural scene.

Philadelphia-based contemporary ballet company BalletX makes an encore visit to Baton Rouge with two Baton Rouge Ballet Theatre-hosted performances Oct. 20 at Manship Theatre, four years after first wowing audiences in another BRBT guest performance. BRBT’s beloved Nutcracker: A Tale from the Bayou, set for Dec. 14 and 15 at the Raising Cane’s River Center Arena, promises creative new staging to suit the space, along with the enchanting costumes and choreography for which this show is known. Inspired by the 100th anniversary of the Women’s Suffrage Act, the season’s final show, titled She Moves…, will fill the Manship Theatre stage May 1 and 2 with classic and contemporary works celebrating the power of women.

With a mission to celebrate the human condition through the prism of the African American experience, New Venture Theatre is poised to put on four more shows in its 2019-20 season, which kicked off in July with Sweet Georgia Brown, an original show by NVT artistic director Greg Williams Jr. Next up is Pipeline, a story of a mother’s love in the face of adversity, Sept. 5-8. Langston Hughes’ Black Nativity rings in the Christmas season Dec. 13-15. That loveable orphan Annie will warm hearts in performances March 26-29, and the season finale is a moving musical adaptation of the Whitney Houston film The Bodyguard June 18-21.

Dance and song come together for Opéra Louisiane’s Opening Night Sept. 13 at Manship Theatre, featuring the Of Moving Colors dancers in a whimsical show aimed at “bringing the surreal to reality.” Even the youngest opera fans will love the opera’s outlandish retelling of Cinderella, set for Nov. 2 at First Baptist Church with free tickets for children. A repeat performance of Amahl and the Night Visitors is scheduled for Dec. 20, and the opera’s Sing and Swing karaoke dance party featuring local celebrities behind the mic happens Jan. 10 at the Crowne Plaza. The final production invites audiences to get ready for a psychological thrill ride in Offenbach’s The Tales of Hoffman April 3 and 5 at Manship Theatre.

LSU Theatre’s productions take place on a college campus, but this year the company aims for the elementary set with its first Theatre for Young Audiences production, Brooklyn Bridge, a warm and witty story that will be staged at the Studio Theatre Nov. 19-24. There’s also plenty for adults during the LSU Theatre mainstage season, including Alice Childress’s semi-satirical racism study Trouble in Mind at the Shaver Theatre Sept. 25 through Oct. 6 and a “time-bending version” of Shakespeare’s A Midsummer Night’s Dream April 22 through May 3 at the Reilly Theatre. The LSU-based Swine Palace will present two shows: the provocative Pulitzer Prize finalist Gloria Nov. 6-17 at the Reilly Theatre and the industrialism-themed and relationship-focused Oil Feb. 5-16 at the Shaver Theatre.

Manship Theatre marks a milestone this season as it celebrates 15 years of bringing big-name acts to Baton Rouge’s Shaw Center for the Arts. The fall starts strong with a concert by Grammy winner Keb’ Mo’ Sept. 9. On Sept. 18, ticketholders will feel like they’re at a 1970s concert during Tapestry: The Story of Carole King. Other highlights of the last months of 2019 are appearances by the funk band War on Oct. 17 and the Gatlin Brothers with a special Christmas and gospel show on Dec. 12. Come 2020, the theater will welcome shows including Walk On: The Story of Rosa Parks on Jan. 26, Aquila Theatre’s 1984 on Feb. 13, Japanese percussion act Drum Tao on March 26, and former Men at Work lead vocalist Colin Hay on May 7. A 15th-anniversary gala will take place March 5.

Kris Cangelosi will draw from her large company of dancers and dance students of all ages to stage a classic full-scale version of Tchaikovsky’s Nutcracker tale again this season. First up is a prelude to the magic of the ballet with the Holiday Nutcracker Land of the Sweets event Nov. 10 at Manship Theatre. A total of three performances of the complete Holiday Nutcracker production will take place Dec. 7 and 8 at Manship Theatre.

Contemporary dance-theater organization Of Moving Colors approaches its art with a fresh perspective, aimed at transforming lives and bettering the community. This year, that mission comes to life through three initiatives, beginning with a collaboration with Opéra Louisiane on the opera’s Opening Night, an original work merging dance with live opera set for Sept. 13 at Manship Theatre. OMC’s popular community production Kick It Out will offer opportunities to children of all backgrounds to learn from and then perform with company dancers at venues around the city, including The Dunham School’s Brown-Holt Theatre in January. Finally, the group is in the planning phases for a series of site-specific public performances and digital projects aimed at reaching audiences beyond the theater.

It’s becoming a holiday tradition at the LSU Union Theater—the colorful Christmastime performance of the Great Russian Nutcracker by the Moscow Ballet. This year’s show is set for Nov. 15 and will feature details only found in this version of the classic ballet, including the Russian Troika Sleigh that brings Masha through the Snow Forest to the Land of Peace and Harmony. And don’t forget about the larger-than-life dancing puppets and exotic flying birds! Baton Rouge dance students will perform alongside the troupe of principal ballerinas and danseurs from Russian ballet academies. 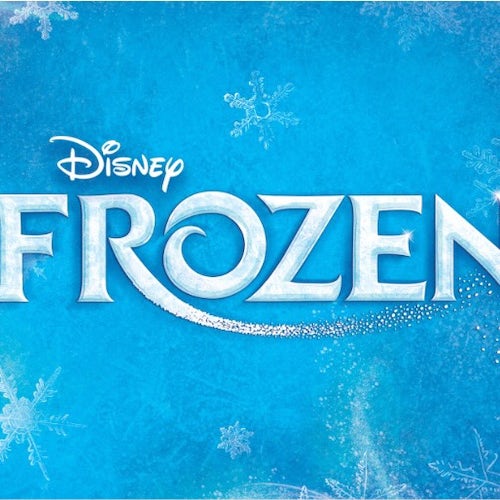 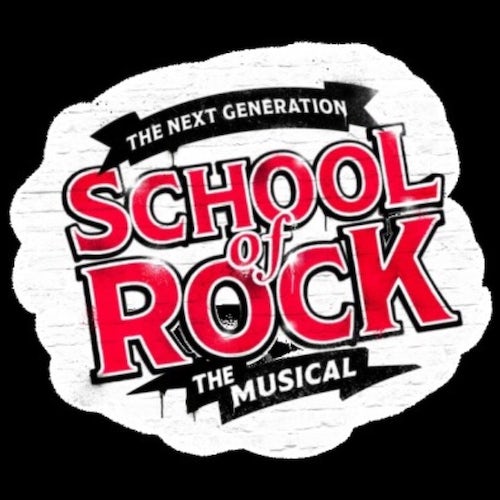 Charming children of all ages is the focus of Playmakers of Baton Rouge, and this season its actors aim to do so beginning later this month with The Little Prince, which will be staged from Aug. 23 to Sept. 1 in special partnership with McKinley Middle Magnet School. If the cold never bothers you anyway, you’ll want to check out Frozen Jr. at the Reilly Theatre Dec. 6-15. And school will still be in session next summer—on the Reilly Theatre stage, that is, when Playmakers puts on School of Rock: The Next Generation June 5-14.

After 56 years of performing, iconic rock singer Bob Seger will soon retire, but first he’ll make the Raising Cane’s River Center Arena in Baton Rouge one of the last stops on his “Roll Me Away” tour on Oct. 10. The following night, Grammy winner Lauren Daigle will take the stage to sing her crossover single “You Say” and other hits. The Prophecy, a tribute band inspired by Trans-Siberian Orchestra, will bring an extravagant Christmas musical production to the River Center Nov. 22.

The two-year-old female-focused Red Magnolia Theatre Company will play upon its own name this season. First up on Aug. 22 at The Tracy Center is Steel MALEnolias, a fundraiser that will feature dancing, cocktails and entertainment as Baton Rouge men pay tribute to famed female characters. The Red Magnolia ladies will perform the more familiar Steel Magnolias Nov. 14-16 and Nov. 21-23 at Theatre Baton Rouge’s Studio Theatre, bringing Ouiser, Shelby and M’Lynn to life in their home state.

The Arts Council of Greater Baton Rouge’s River City Jazz Masters series lures leading musicians from around the world to the Capital City, and the 2019-20 lineup is once again filled with shining musical stars. Legendary pianist, bandleader and Latin jazz composer Eddie Palmieri brings his quintet to the Manship Theatre stage Oct. 16. It’s Eric Alexander’s turn to toot his own horn—the tenor saxophone, that is—with his quartet on Nov. 19, followed by New Orleans native and trumpet master Nicholas Payton and his quartet Jan. 29. Award-winning jazz singer and songwriter Jazzmeia Horn puts the exclamation point on this season with a performance March 19. 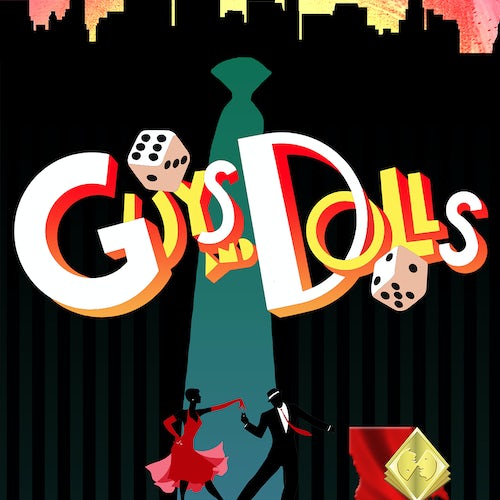 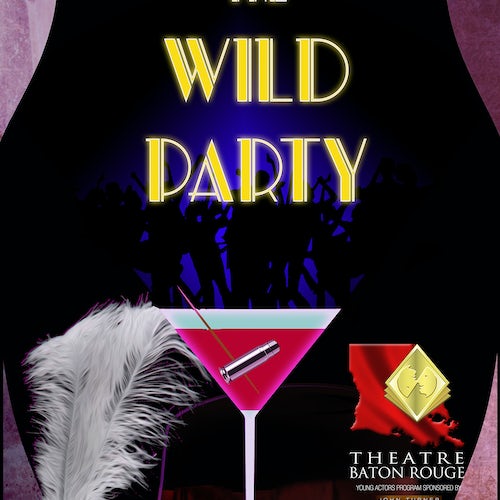 Just about Anything Goes in Theatre Baton Rouge’s upcoming season, which features the musical by that name from April 17 to May 3. The wild ride begins with the Capital Series production of The Crucible Sept. 20 to Oct. 6, followed by A Gentleman’s Guide to Love and Murder Nov. 1-17. The Fox on the Fairway takes the stage from Feb. 28 to March 15, and the summer spotlight will shine on Matilda next June 12-28. The City Series schedule features Andrew Lippa’s Wild Party Aug. 16-25, A Doll’s House Part 2 March 13-22, and How I Learned to Drive May 15-24. Special holiday performances will include The Rocky Horror Show Oct. 17-26 and A Christmas Carol Dec. 6-15.