The Godfather board at Proverbial Wine Bar. Photos by Ariana Allison.

Time never stands still in our constantly evolving city—especially when food is involved. And lo and behold, while we were reveling in the fine fall weather last month, two new restaurants opened their doors in Baton Rouge. One may be a familiar face to those accustomed to certain Creole creations served up on Government Street, while another takes a dive into fine wine pairings and luxury grazing boards. In these stories by Maggie Heyn Richardson for our sister magazine 225’s 225 Daily e-newsletter, the delicious details speak for themselves.

It’s been nearly 10 months since the owners of Bistro Byronz decided to close the doors at their 5412 Government St. location and transform part of the former White Star Market into the restaurant’s new Mid City digs. Now, the wait is over. The new eatery, which presents the popular brand in a lively, modern setting, is now open, Sunday brunch service included.

A large, lush patio at the center of the Square 46 complex—positioned at the restaurant’s entrance—is the first element diners see.

“We didn’t want the patio to be an afterthought,” Byronz Restaurant Family CEO Emelie Alton says. “We wanted it to look like it had always been there.”

It does. The space, large enough to seat 40, has been designed to feel like a metropolitan sidewalk cafe, Alton says. It’s bordered by native plants, and is set off by gray and white pavers, umbrella-topped tables and a black iron trellis with crawling vines. Small trees and shrubbery placed throughout bring cozy warmth and year-round color. A separate, pub-style outdoor space to the right of the main entrance is outfitted with high top tables and a TV, providing a spot for patrons to enjoy a quick bite and a cocktail in the open air, watch the game or overlook the action on Government Street.

“Now we know outdoor seating will forever be an integral part of the business,” Alton says.

For more on the Creole-casual eatery’s new digs, check out the full story from the 225 Daily e-newsletter. 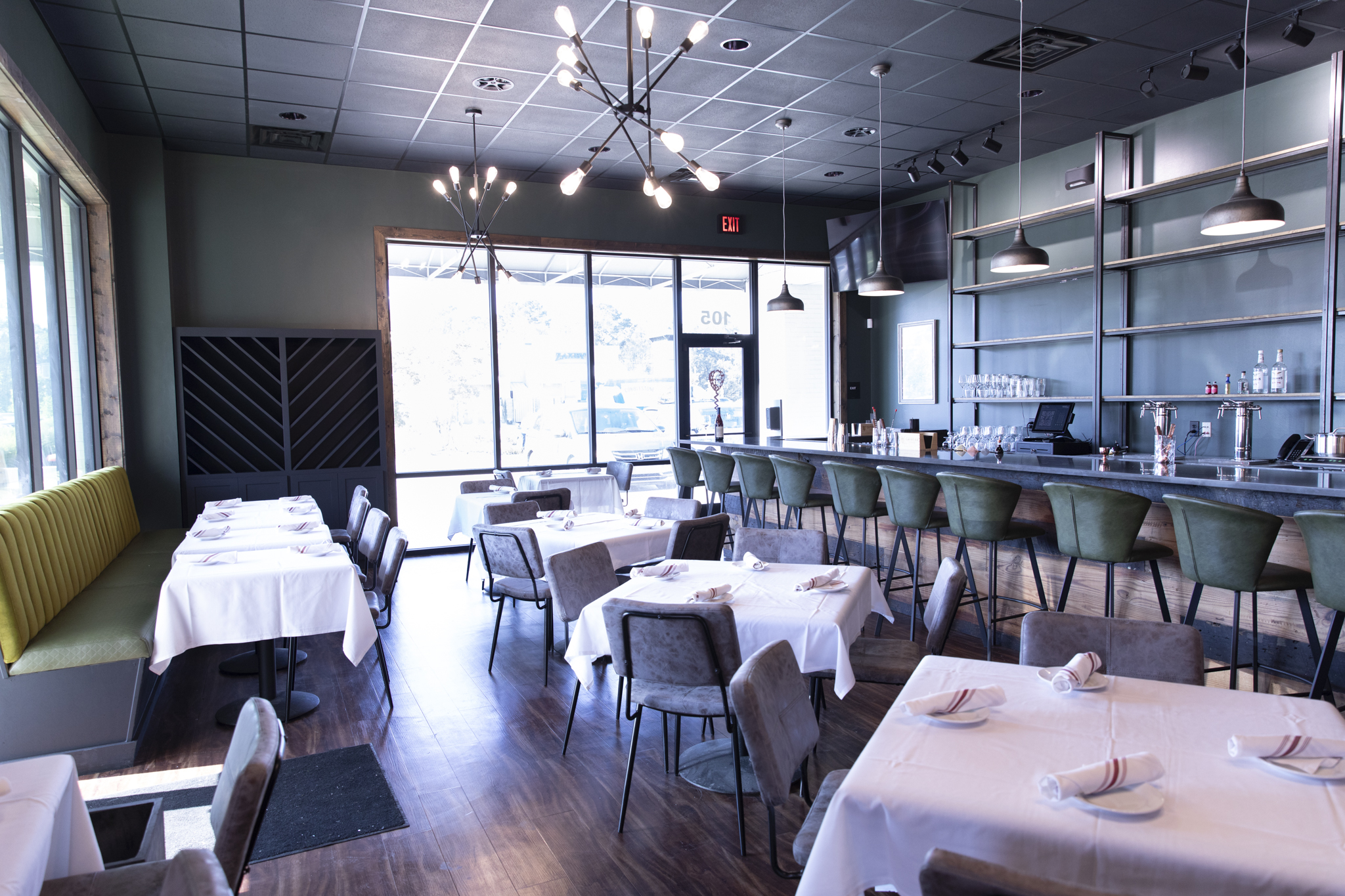 2. Proverbial Wine Bistro, all about perfect pairings, has opened its doors

Nationally known mixologist Alan Walter leans against the bar at the new Proverbial Wine Bistro and asks, “How many places are going to make pairing their main thing? Even in other cities, you don’t see it enough.”

But you will see it in Baton Rouge, thanks to the opening of the latest gem in the City Group Hospitality crown in Long Farm Village. Proverbial Wine Bistro is about thoughtful pairings of food with not just wine, but craft beer and detailed cocktails as well, says City Group Hospitality managing partner Stephen Hightower. For the last few months, Hightower has been quietly working on opening the concept, located in the spot recently held by Wildwood Pizza.

“We really wanted to do something different here, and let the cocktails, wines and beer help tell the story of the food,” Hightower says.

City Group’s strategy in refining the concept has included hiring Walter, well known for turning the Loa Bar at the International House Hotel in New Orleans into one of the country’s hippest watering holes. With cocktails awash in foraged local ingredients and tedious preparation methods, Walter is famous for applying a culinary approach to each layer of cocktail construction. Along with establishing Proverbial’s bar program, he will help City Group Hospitality’s other restaurants rethink how drinks support their menus.

“I think the (Proverbial) staff is going to have a blast making clever suggestions about what might go with this or that,” Walter says. “The eating experience is very relaxed and casual; it’s more like grazing.”