’Twas the eve ’fore my party and all through the house,
not a magnum was stirring, not even an ounce.

The Riedels were placed on the mantel with care, in hopes that Saint Sommelier soon would be there.

With oenophiles nestled all snug in their beds, visions of cult wines danced in their heads.

Mom with her iPad and me my remote, we had just settled down with a nice ’00 Haut.

When at the front gate, the alarm at a blare, I sprang from the parlor to see who was there.

Into the cellar I flew like a flash, pulled out my corkscrew and opened my stash.

The Cade now uncorked and breathing quite well, gave me a yearning to sample bottles that fell. When what to my wondering eyes should appear, but a rack full of Schrader and a case of Sancerre.

With Saint Sommelier carrying wines just shipped, I knew in a moment we both would be ripped.

Hundred of gallons from vats as they came, he blended and bottled and gave each its own name.

Up from cellar down the wine list we go. Now sniff it, now swirl it, now sip it real slow.

Down the thermostat the levels they flew, saving cases of Ornellaia and Sassicaia too.

And then in an inkling, I thought of the vines, the tasting and sipping of each luscious wine. As I thought to myself before making a sound, that’s when Saint Sommelier brought the wine cart around.

All stocked in vintage from Chile to France, his wines were boutique and whispered romance.

A case full of splits were packed in his sack, it looked like Amazon delivered out back.

His Champagnes how they sparkled! His reds very heavy! His whites were like butter, the cellar a bevy!

He was chubby and plump and not in good health, but that was before Keto when he transformed himself.

He drank not a drop but went straight to his work, filling the Zaltos with nary a jerk.

Then putting a snifter under his nose, giving a wink, up the staircase he rose;

He hopped in his Porsche, to his posse gave whistle and away they all flew with a case full of Kistler.

But I heard him exclaim as he drove out of sight,

Have a great party and to all a good night. 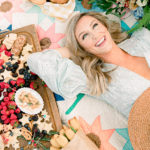 A patriotic picnic to celebrate the Fourth of July 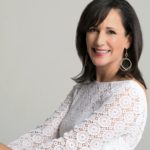 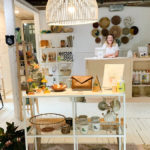