Hallelujah! Juban’s is back with a brand-new look

Popular Creole restaurant Juban’s has officially reopened its doors after closing temporarily during the pandemic. In that nearly two-year time frame, many changes have been made to the exterior and interior spaces–all in the name of freshening up the dining areas while keeping the elegant touches for which the eatery is known. 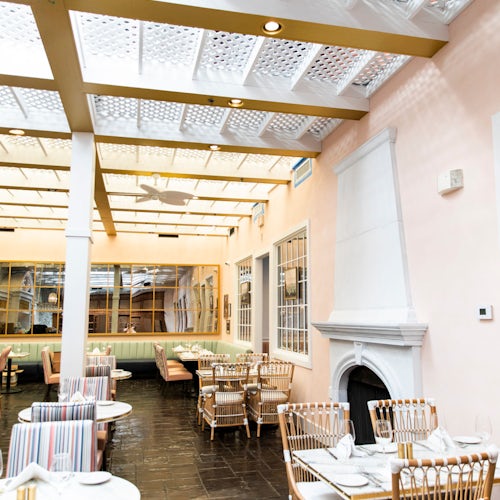 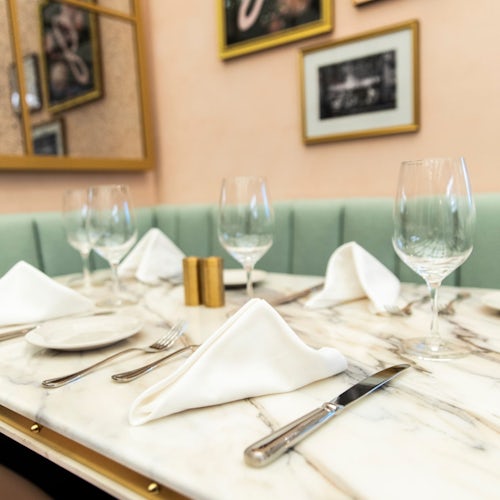 When discussing inspiration, Bartlett mentions Brennan’s and Commander’s Palace in New Orleans and the atmosphere they encompass as some of her dream interiors. “That combination of excitement and familiarity was important,” says Allison Keppinger, the project architect who worked alongside Bartlett.

“The overall design intent,” says Keppinger, “was to embrace the familiarity of the old Juban’s while elevating it to an unexpected and high-quality space.” 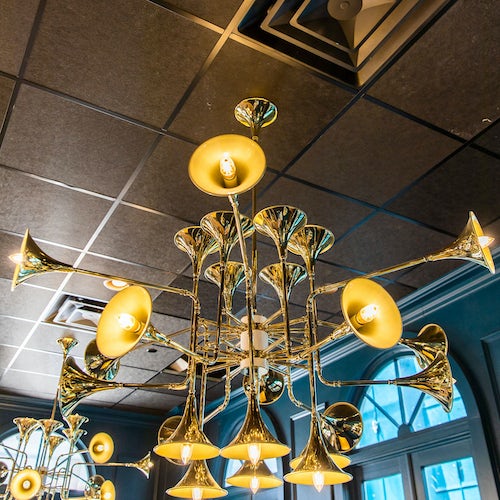 Throughout the nine-room establishment that can hold up to 400 people, each room has its own theme that embraces both Baton Rouge and Louisiana culture. “The Hallelujah Bar, Domino Room and Armstrong Room pay tribute to Louisiana’s jazz heritage and legends,” says Bartlett. Some of those design inspirations can be seen in the unique and eye-catching trumpet chandelier piece and in the music notes sprawled on the dark blue walls that play out Louis Armstrong’s rendition of “When the Saints Go Marching In.” 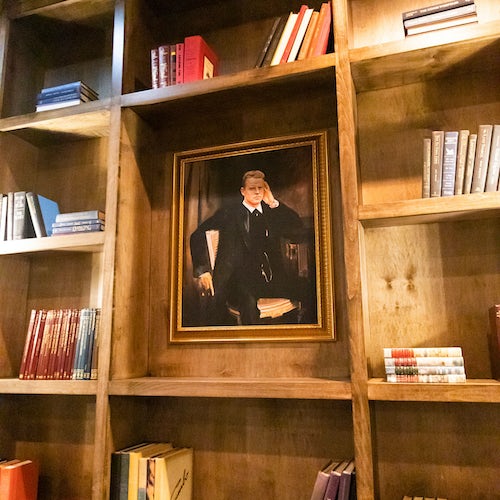 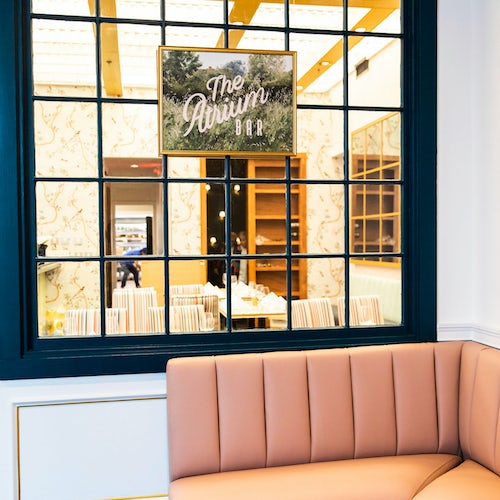 “The Atrium Bar is light and airy with a nod to James Audubon and his ‘Birds of America’ collection, and carries into the Magnolia, Pelican, and Egret rooms,” says Bartlett. This inspiration can be found in the light pink chairs, the use of glass to create an open feeling, and even various shrubbery used to liven up the room.

“While each individual room functions on its own, they are connected in the rich colors, tones and brass finishes that are ultimately tied together in the host area as you enter the restaurant,” says Bartlett. And because the space is so big, Bartlett says the intent of the different themes throughout rooms was also to create different experiences each time a guest dines at Juban’s.

“The thing we kept coming back to when designing Juban’s was intent. What should the space look like? How does it function? How do we want people to feel in the space? Those three things were driving factors in the design decisions we made,” Barlett explains. “In the end, that makes design decisions much easier!”

For more info on Juban’s, check out the first look by our sister magazine 225, and visit the restaurant’s website at jubans.com.