While the phrase “as American as apple pie” has been repeated around the world for decades, the dessert actually didn’t originate in the colonies. Gasp. Rather, it–as well as the fruit it is composed of–was brought to the New World from overseas. However, the new inhabitants of North America took the pie and ran with it, slowly changing the recipe over time thanks to the influence of immigrants and new traditions.

On this very patriotic day, we think there’s no better way to celebrate the nation that we have built together than with a pie that carries such rich heritage. Aimee Broussard’s take on the traditional apple pie–her Cream Cheese Dutch Apple Pie–is our pick. Read on for the full recipe: 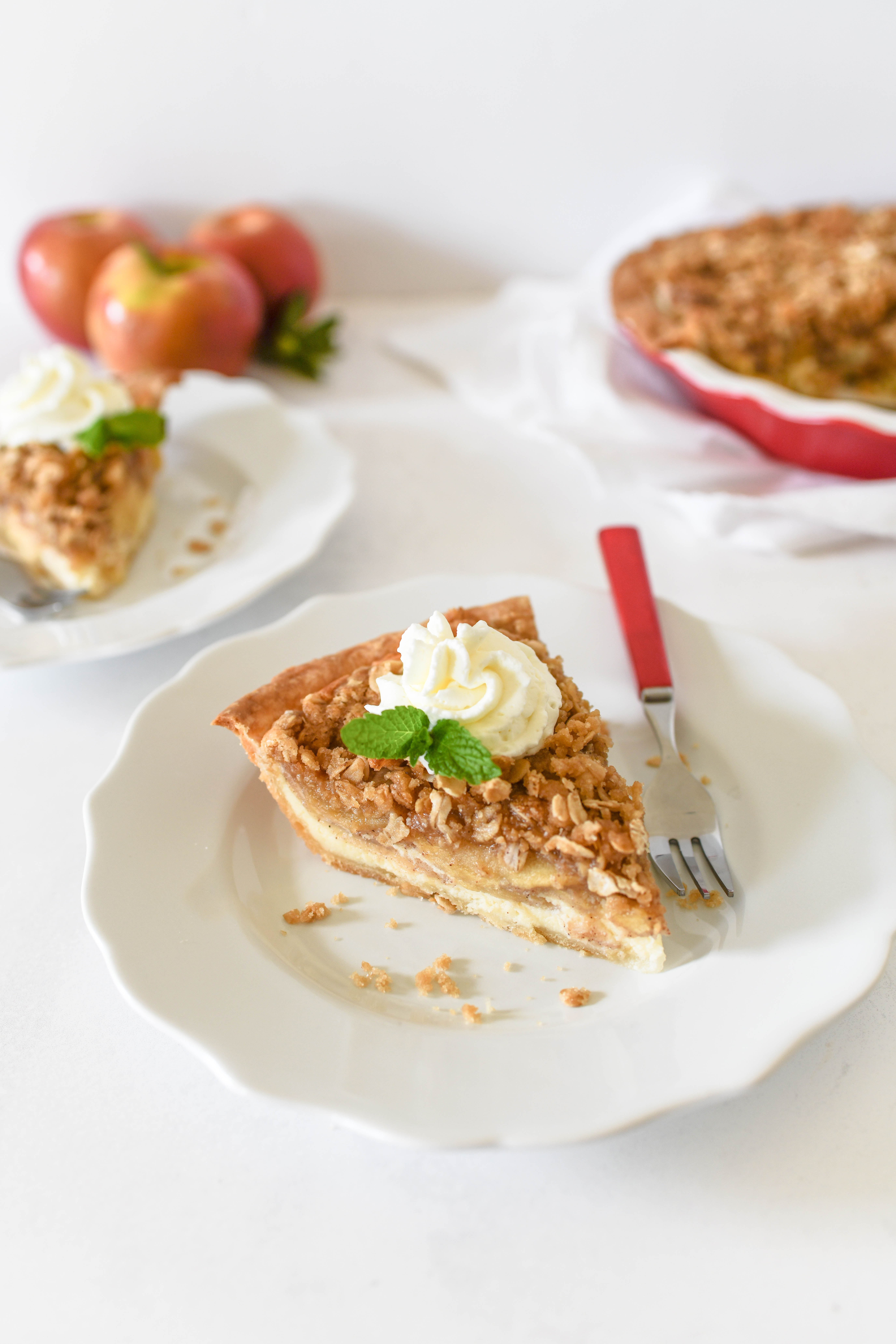 Preheat oven to 375 degrees. Place prepared pie crust in 9-inch pie plate. (If using pre-packaged crust, you’ll use only 1 crust of a 2-crust package). Prick bottom of crust with a fork, and set aside.

Beat cream cheese and ¼ cup sugar in the bowl of a stand mixer until blended. Add egg and vanilla. Spread onto bottom of crust.

Prepare streusel topping by combining 2 Tbsp. flour, brown sugar and oats in medium bowl. Cut in butter with pastry blender until mixture is crumbly and resembles coarse crumbs. Sprinkle over apples. Cover with foil. Bake, covered, for 20 minutes, then remove foil and bake for an additional 30 minutes or until apples are tender. Use a pie shield if it looks like edges of pie crust are browning more than you would like.